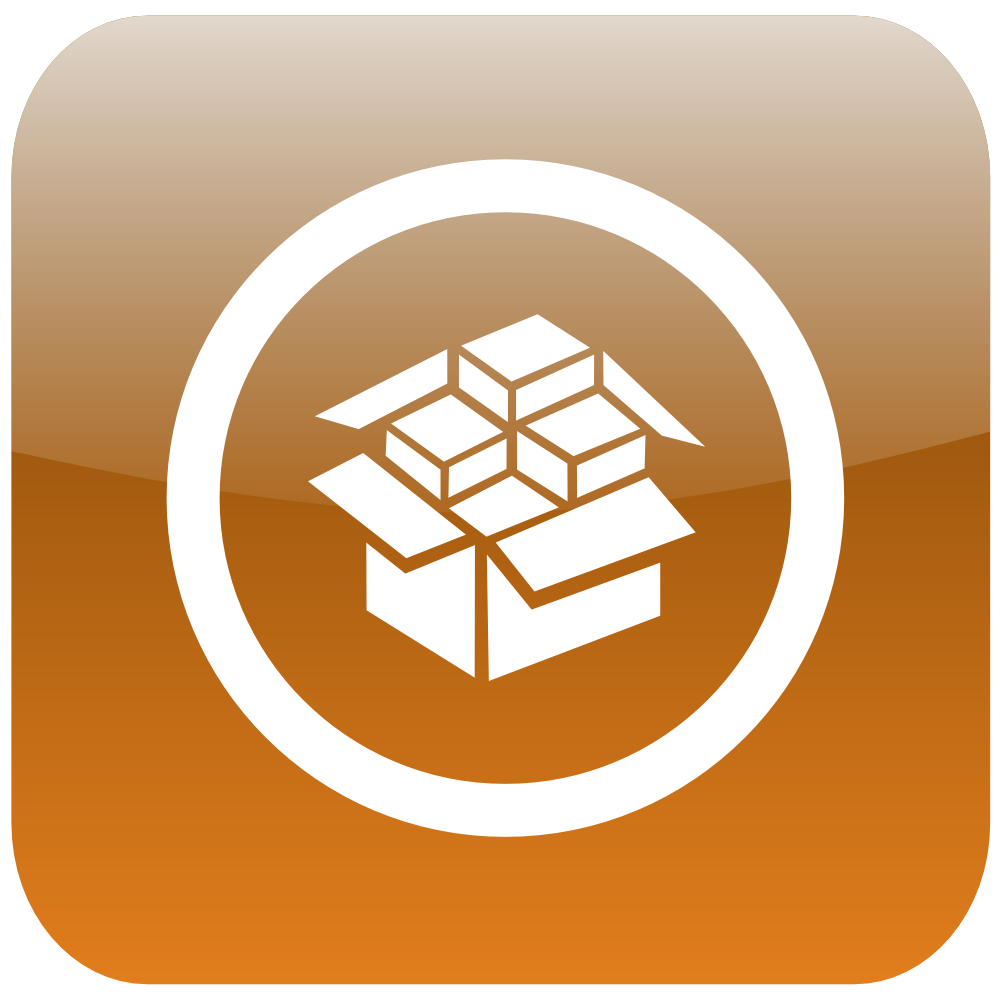 There is no denial that the jailbreak community has provided all iPhone users with great benefits. Cydia is a field of great innovations and iPhone users are definitely missing a lot if they aren’t using their smartphones’ full potential. Cydia has a collection of incredibly innovative apps, so let’s honor the best ones in this article. Have in mind that your iPhone has to be jailbroken for you to be able to install any of these cool apps. The list includes all the apps that have been ranked as the most used apps in iDevices. So you can say this is the list of 30 best Jailbreak apps in Cydia in 2013. 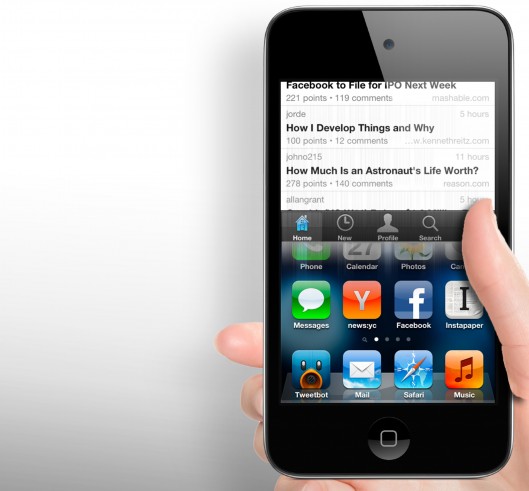 iOS multitasking has been a subject to many attempts of reinvention, but Auxo definitely stands out in the crowd. The most beneficial feature of Auxo comes in the form of multitasking cards which present the user with their open apps’ live previews. This is a killer feature indeed, but the magic of this app lies in the tiny details (expanded music controls, multitouch swipe-to-dismiss feature and the settings toggles). 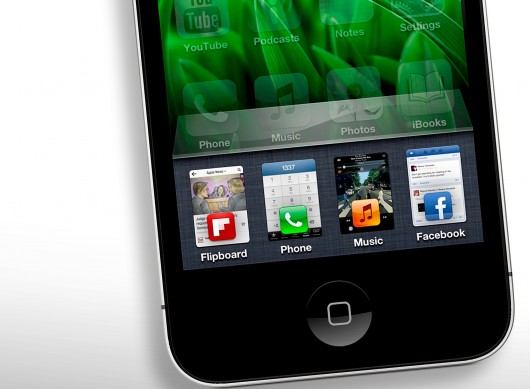 The double-tapping action on the iPhone home button can be really tiring. Zephyr is an app that offers a series of intuitive gestures as a replacement of the double tap. When you install the Zephyr app, you will be presented with a multitasking switcher with a short swipe up from the screen’s bottom. If you do a longer swipe up, the current app will be closed. A swiping motion from the left will return the menu to the most recently used app. 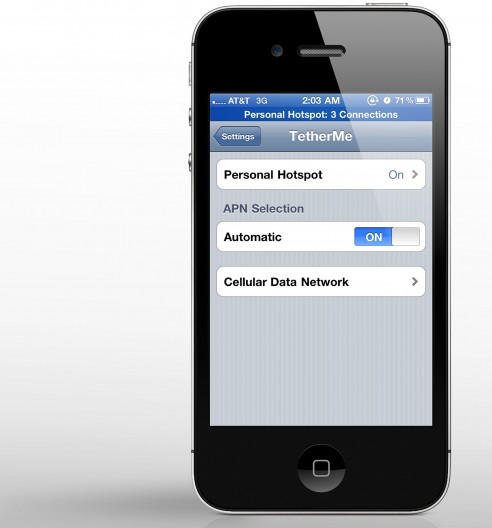 The wireless carriers’ tethering policies can be very frustrating. TetherMe is an app that allows the users to activate a personal hotspot for their iPhones without the need of adding a separate plan. According to the developer’s claims, Tetherme is actually undetectable by the carriers. However, no tethering app is guaranteed to be completely stealthy, which means that you will be using it at your own risk. 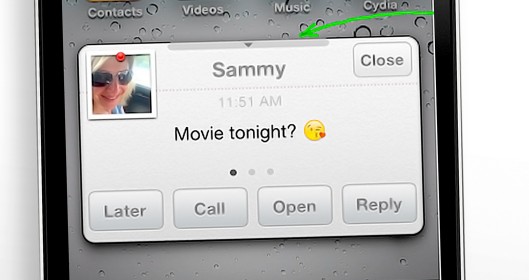 These are two different apps with one common goal: to enhance the messaging experience in iOS. Both of these apps allow the user to reply to a text quickly, without the need to leave the app they are currently using. A new message can be composed from anywhere in the iOS with both Messages+ and BiteSMS, which makes the smartphone’s usage much simpler. We cannot tell you which one of these apps is better because both of them are very useful. Our recommendation for you is to check out both apps and choose your favorite 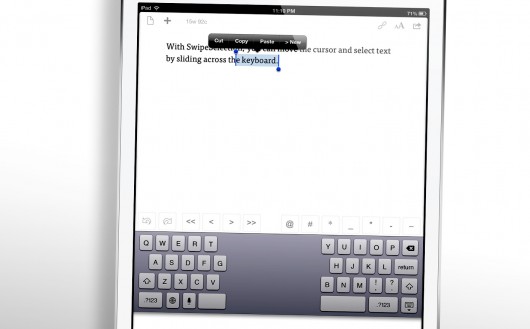 The typing experience on iPad is tolerable, but it’s definitely not ideal. However, when it comes to editing texts, every user has to admit that it’s a pain. SwipeSelection is an app that provides great improvements in this aspect. 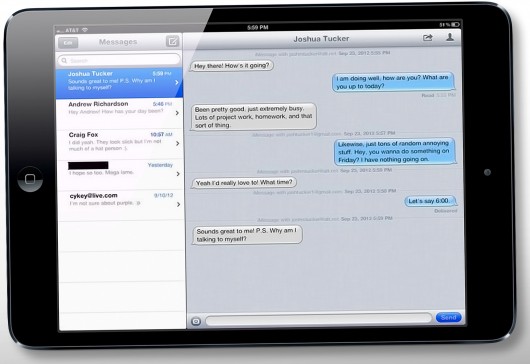 Having many iMessage threads for a single person is anything but convenient. Merge is an app that will combine all conversations for each one of your contacts into a convenient thread. Many iPhone users are predicting that Merge is another cool Cydia app that will be emulated by Apple.

When it comes to third-party email clients on iOS, Sparrow has to be mentioned as one of the best ones. However, Sparrow doesn’t provide support for push notifications, which is changed with the Sparrow+. This improved app also provides an iPad layout and allows the user to see it as their default email client.

SBSettings is an app that has to be included in the top Cydia contributions. This is a classic jailbreak tweak which provides the users with different system toggles in a quick and convenient drop-down menu. The app can be themed, customized and even viewed in the Notification Center.

If you need a full-fledged file manager for iOS, then you should definitely check out iFile. This app is awesome because it provides the users with complete control over their devices, at root level. They can change permissions, rename, copy, paste and do many other convenient actions.

The iOS Newsstand app is not used by all users, and many of them would like to hide it. Apple doesn’t allow the users to put this app in their ‘crap I don’t use’ folders, but that can be easily solved if they install the NoNewsIsGoodNews app. If the users actually have Newsstand magazines, their icons will be moved to the iOS homescreen.

When the Google Maps app became available in the App Store, all iOS users were pleased. However, when you open links of maps in Safari or another iOS app, the not-so-favored Apple Maps is still the default app. You can be saved from this frustration if you install MapsOpener.

Maybe your phone belonged to a person who owes a lot of money, or you have an ex who won’t leave you alone. Whatever your reason may be, you can install the app called iBlaclist and block the numbers you want to stop receiving calls from.

There are plenty of third-party camera apps in the App Store and some of them really provide cool tools for photography. However, CameraTweak is cooler than any of them because it provides new controls over the camera, such as a timer countfown, white balance and separate focus/exposure.

If you own a non-Retina iPad and you’re running upscaled iPhone apps on it, they are so pixilated that make you compare the experience with paying an Atari game. This problem is magically solved by RetinaPad, which runs those apps in 960 x 640 resolution, suitable for a 3.5-inch iPhone Retina.

Some iOS users want to alter the feel and look of this operative system. Dreamboard and Winterboard are the best apps that provide that opportunity. These apps provide iOS with customization opportunities that are only limited by the imagination of app developers… which doesn’t have any limits.

Restoring or upgrading on a jailbroken device is a frustrating experience. PKGBackup is an app that makes the process of reinstalling all your Cydia apps much simpler. The app works by backing the apps up, storing them in the cloud or locally and restoring them automatically.

Playing retro games on your Apple device can bring you back to the good times. Old-school consoles are provided by many Cydia emulators, but the option that stands out comes in the form of Robert Broglia’s gaming emulators. The polished virtual controls, customization and rock-solid emulation make these emulators worth of trying.

The BlackBerry 10 keyboard is appreciated even by the users of Apple devices. The Octopus Keyboard app provides a solid knock-off of that keyboard, which brings up tiny predictions of the word you’re trying to insert, and you can just swipe up to choose the word you are going for.

Have you been searching for an easy and quick way of dismissing the iPhone keyboard? The answer to your demands comes in the form of the Pull to Dismiss app, which allows you to pull down on the keyboard and slide it off of your screen.

MultiIconMover is an app that simplifies the hideous task of moving multiple apps to different homescreens. In order to use the app, the user needs to hold an icon until it starts wiggling, then tap the icons they want to move and slide to the part of the screen they want to move the apps to. After that, the user should only press the home button and the apps will be arranged.

The ‘slide to unlock’ feature of the iPhone can be replaced by Stride with custom unlock actions. This app will provide you with a more secure unlock than the standard iPhone option, which will be much more fun when compared to using a passcode.

The Springtomize 2 app is a toolbox that allows you to make changes to the carrier logo, dock, homescreen and many other aspects of Apple’s operative system. The tweaks are easily toggled and they are arranged by category.

Entering the Apple ID password for every single update or purchase can really get tiring. The PasswordPilot Pro is an app that will allow you to customize these verification requirements and make the App Store easier to use.

With the Hands-free Control app, you won’t need to touch the iDevice in order to evoke Siri. You will need to designate a keyword and you’ll easily activate the virtual assistant. You will only need to say that word and Siri will start functioning even if your device is on the other side of the room.

AssistantLove is an awesome app that links to your Spotify account and plugs Siri into a huge music database. This app also allows you to set mapping apps (including Google Maps) as the default option for directions.

The lockscreen’s appearance can be enhanced by both IntelliscreenX and LockInfo. These apps allow the user to customize the look of the lockscreen and the information shown on it. If you are looking for the most customizable option, then we recommend going for LockInfo. IntelliscreenX, on the other hand, is more streamlined and simpler to use.

Do you want to put the decision of embracing widgets in your hands? Dashboard X 2.0 is the app that makes that possible. If you install this app on your iOS device, you will be able to position any Cydia widget on your homescreen.

Quasar is an app that allows you to perform efficient multitasking on iPad, with a desktop twist. This app will enable you to run your apps in overlappable, rotatable and resizable windows. If you are a fan of the MAC OS X, this app will get your iPad as close as possible to it.

Each one of your iOS folders allows only a limited number of apps. If the folders in your device are filling up, we recommend you to install Infinifolders or FolderEnhancer. In case you are looking for simpler option, then you should turn to Infinifolders. FolderEnhancer, on the other hand, provides more options for customization.

You should definitely check out My3G in case your carrier doesn’t provide support on FaceTime over LTE/3G. After installing My3G, you will be able to use any Wi-Fi restricted app.

About the Author Sasha Moran has a degree in Linguistics. She is a writer at  best essays with a background in psychology, e-learning, and marketing.