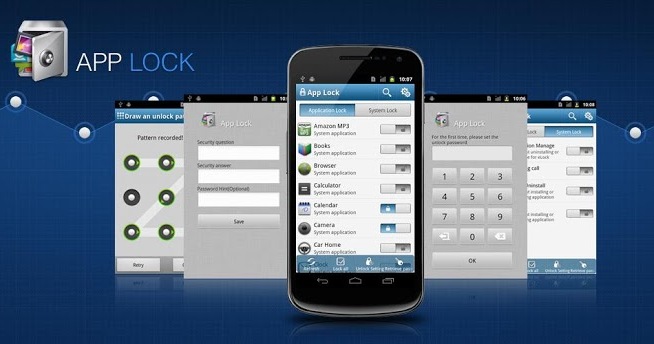 The use of the smartphone in our daily life has been increased and since the arrival of many important financial apps for the smartphone it is important that you pay some more attention for the security of your device. Beside this there are many social apps and messenger that you would not like others to access those apps. Android does offer the the screen lock which has that pass code PIN or the Screen Lock but most of the time your smartphone remains unlocked or in other words some one can break the lock and can reach to your private or secure information.

To solve this security issue the Android Store have many apps that you can use to protect those specified apps that you wouldn’t want others to access. For password protecting your favorite Android apps you can choose from these top 5 apps which let you put another security layer on your smartphone and if it remains unlocked still your private apps like Gallery, Messages or financial apps like Banks app, Online money transfer apps like PayPal etc will be remain password protected.

Here is the list of top 5 apps that will make your device more secure by making specified apps as password protected to avoid them from wrong hands.

This app has all the secret in its name, AppLock has the ability to protect any of your Android app with a password, or you can even lock all apps in your device by setting an extra password whenever some one tries to open them. The app will allow you to select any password of your choice with the recovery email option, if in case you forget the code.

The app beside its Password protection features has much more to offer. You can simply select the pattern lock for apps including all the customization options like changing the background screen or installing the new themes from the Google Play Store. Beside this the app also let you prevent others from answering the phone call or make any call. You can protect your phone settings and even can protect your Google Play Store so that no one can Install or Uninstall any apps from your phone. 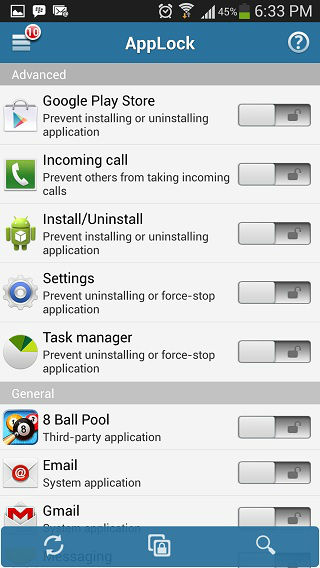 The basic version of the app is free while the Pro or premium version costs a $0.99 monthly/ $3 annual  fees, once installed. The premium version of AppLock has some extra features like Photo Vault, Video Vault, themes, lock switch etc.

The Smart App protector has some extra features installed and most important one includes the observer mode which will take a snapshot of the intruder if it tries to access the secured app by putting the wrong pass code. You can set the number of failed attempts after which the app will automatically lock the device along with the front camera snap which you can access later to who was playing with your phone and what was he/she upto. 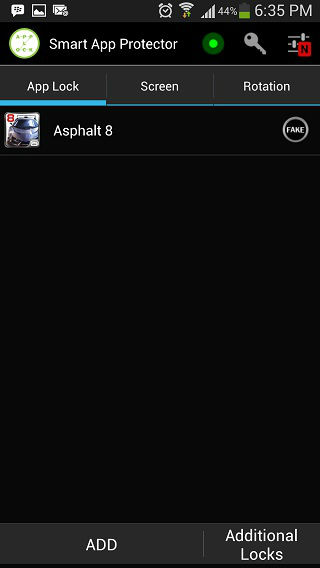 This Smart App Protector also have multiple unlocking methods including PIN, Pattern Lock and the gestures lock. The device can also be locked by using an SMS which is called the remote control feature. This will allow you to lock the device if you have lost it by sending the specified SMS to your phone number.

The app is also free for basic features and can be downloaded from the link given below. While the premium features for this aap includes an ad-free version which costs $2.73.

This tool comes with additional useful features, one of which is a ‘Stealth Mode’ that hides the app itself from the launcher. Like most other similar apps, it also features anti-force removal; it adds itself to Device Administrators to prevent users from deleting it. 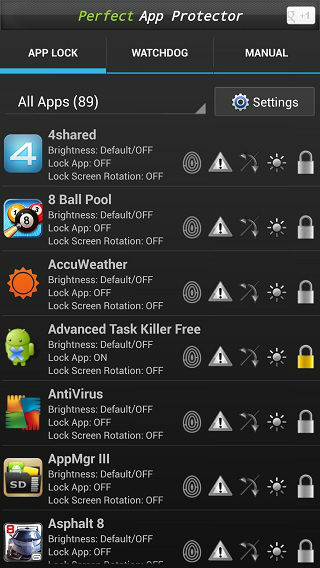 Other features include a fake fingerprint scanner, fake error pop-ups, screen filter and rotation lock. The fake fingerprint scanner screen acts as a dummy to protect the actual unlock screen. After you scan your finger, simply close the screen and re-launch the app to see the PIN lock screen. The fake pop-up feature shows dummy error messages whenever a user tries to open a locked app. The remaining two features are just to prevent rotation lock and adjust brightness levels for locked apps.

The app has a paid version as well, which is ad-free and brings a few new features to the app for $1.29.

This app is slightly different from the ones above. Visidon Applock uses facial recognition technology to secure apps. Before you enable the locking service, it requires users to set up an alternative password that can be used to unlock the apps if facial recognition fails. During our testing, however, the app recognized the registered face on the first try. 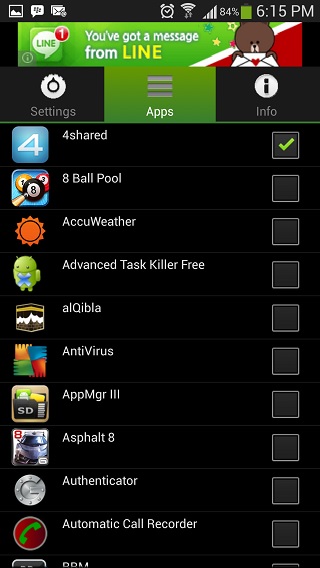 It’s better to have the app scan your face at least four or five times from different angles to make sure it can recognize you on the first try. The app can also be added to Device Administrators from settings to prevent unauthorized deletion.

Visidon Applock also has a paid version, which is ad-free and comes with additional features such as multiple locking methods (PIN and Pattern), experimental lock screen feature and more.

In addition to apps, Smart Lock also gives users the ability to protect specific media files and folders as well as contacts.

The application shows three tabs: Apps, Media and Contacts. The Apps tab lists all the locked applications while the Media tab will show you all the images, videos and music on your device. The Contacts feature is not yet available, but the developer says it will be released soon. 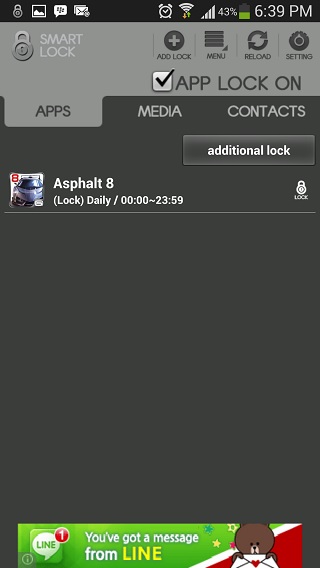 The app supports ads, but users can get rid of them by purchasing the ad-free full version.