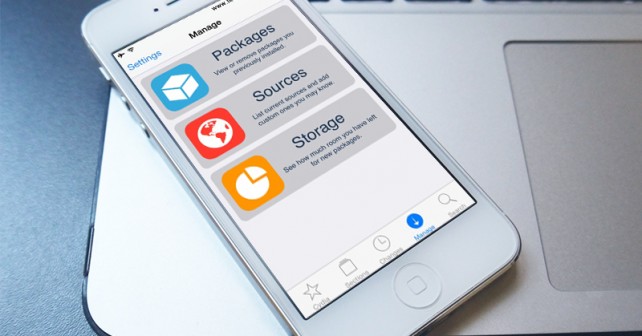 For those who have Jailbreak their devices we have found some really useful Cydia Repos or Sources for you to try to get most out of your iOS 7 loaded device. The list below contains some of the most popular Cydia source tweaks that you must try as these are the updated Cydia tweaks of 2014.

The list contains the tweaks by BigBoss which is known as the single largest source of the popular tweaks and free apps for the jailbreak devices. Developers submit their tweaks here to reach a wide audience. The tweaks in BigBoss are usually checked for inconsistencies etc. This comes as a default repo with Cydia but you can remove it. Well, removing it doesn’t make any sense though. If you didn’t jailbreak your iOS 7 device yet then you must read this article to get the step by step guide of Jailbreaking your iPhone, iPad or iPod Touch running iOS 7.

Beside this you can check the list of top Cydia Tweaks for iOS 7 here. So here is the list of 7 latest and the best Cydia Repos / Sources that you will love to add to your device running iOS 7.

This specific tweak is hosted by ModMyi who hosts many tweaks beside this, beside this many of them insanely popular but this tweak becomes popular due to its support for the latest iOS 7 devices. It adds tons of new features to your iPhone, iPad or iPod Touch.

This tweak has been produced by Ryan Petrich, a renowned developer for making such intelligent, smart and ingenious tweaks for quite long time. He already made some popular tweaks like BrowserChooser and DisplayRecorder which were downloaded millions of times on older devices running iOS 6.

The developer has come up with some new stuff for the iOS 7 and you can test them out by adding the new source link in Sources menu. 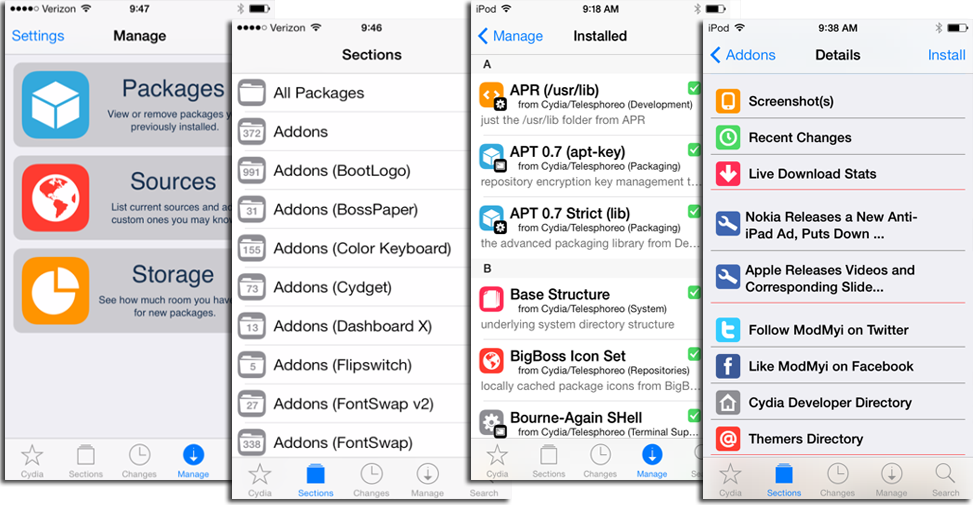 iSpazio is a good source for tweaks, mods and other things. As the community develops compatibility and stability for iOS 7 tweaks, I expect iSpazio to feature new tweaks and mods that would work on iOS 7 devices.

Besides the genuine ones, there are also other repos which feature cracked versions of the tweaks. It’s piracy and we don’t support it. But in certain cases like HackYouriPhone, we’ve had the chance to download some interesting tweaks and mods that are not available elsewhere. Proceed with caution.

Features: loaded with most popular tweaks and mods for iPhone, iPod or iPad loaded with the latest iOS 7. 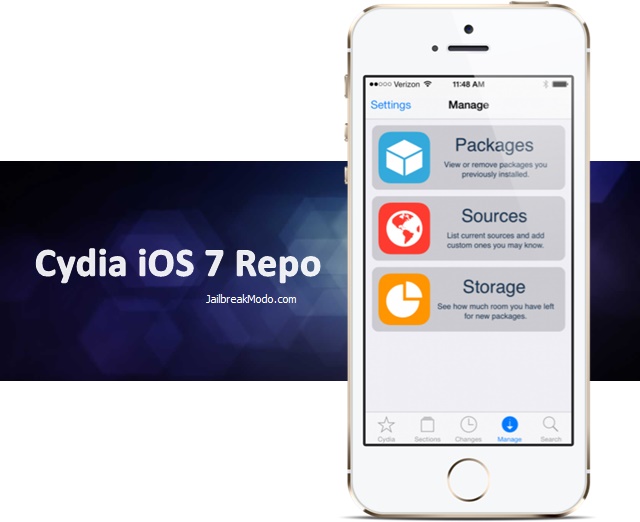 This repo source also loaded with the best and latest featured tweaks for your iOS 7 device.

We hope that these tweaks would change the way you use iOS 7 device. You can change the whole theme of your device with the new functionalities can be added in the firmware.

Top 10 Cydia tweaks for iOS 7 – Download on your iPhone now.