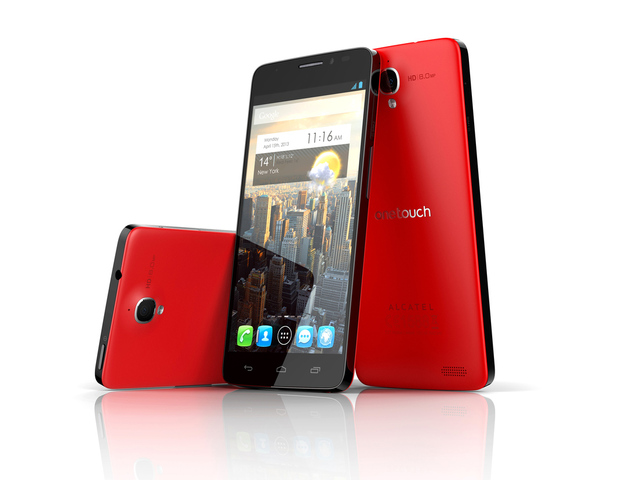 The new Alcatel Touch Idol X combines the best of design and performance at one place with the introduction of this new device in their smartphone line.

The design of the Alcatel Touch Idol X is more attractive than these low end mobile phone manufactures could ever made. It is sleek, slim, dashy and classic all in one place with awesome looks of a high-end device that is actually loaded with high end chips and real sharp and crystal clear display like the one in HTC or Samsung phones.

The manufacturers of this phone TCL announced several other phones that will be running on Firefox OS but this Alcatel One Touch Idol X phone that is loaded with Android 4.2 JellyBean has made the device more appropriate to revive the brand.

Alcatel One Touch Idol X has a 5-inch display with a Full HD, 1920×1080 resolution having 441-ppi pixel density which is equal to the latest Samsung Galaxy S4 , a quad-core Cortex A7,  MT6589 processor clocked at 1.5GHz is supported with 1GB of RAM, 16GB of memory  which can be expanded up to 32GB. A  13-MP rear camera, 4208 x 3120 pixels, autofocus, LED flash capable of shooting Full-HD 1080p videos and a 2.1-Megapixel front camera that support HD video chat.  As explained earlier the device will hit the market with latest  Android 4.2 Jelly Bean already loaded. The Alcatel One Touch Idol X comes up with a 2000mAh Li-On battery, which doesn’t seem to be enough for such a power hungry device.

However the TCL, manufacturers of the Alcatel One Touch Idol X claims that the latest Cortex A7 processor are more energy efficient than the older processors.  The price of the One Touch Idol X has not yet been announced, but a price would be between 200 to 250 Euro as reported in the leaked documents.

Alcatel One Touch View leaked, will be the first Windows Phone loaded device by Alcatel.