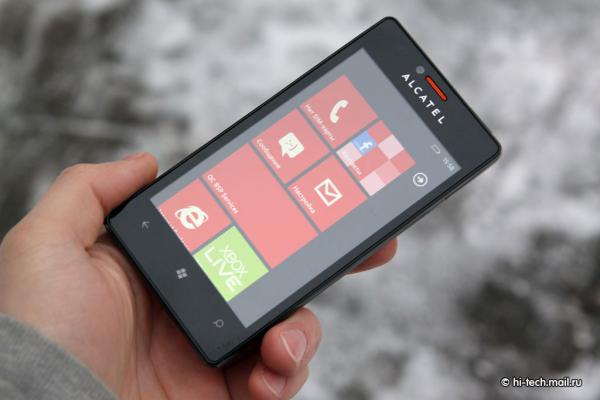 Alcatel has finally decided to show off their Windows Phone  love by working on the first ever Windows Phone 7.8 loaded Alcatel One Touch View, which has not been officially launched yet but some leaked inside reports showed that the company is eager to make windows phone as well. There are dozens of Android device  already made by the company in recent times, and their Series of Alcatel One Idle has gained some good reputation in Chinese market.

The leaked specs sheet of the Alcatel One Tuch View shows that it will be a mid-range device. The company surely want to tackle the ever growing Nokia’s WP8 smartphone market which has seen a steady growth in the development markets where mid-Range Nokia Lumia phones are starting making some serious profit for the company.

The Alcatel View has those most used mid range specs with the leaked device showing a 4-inch IPS LCD display having a resolution of 480 x 800 pixels with the standard 233 ppi density display. Under the hood there is a 1 GHz single core Qualcomm MSM7227A processor, supported by 512 mb of RAM. However we have no confirmed reports of the presence of a GPU or even the chips that have been used inside the device. But in recent FCC test reports it is confirmed that the device will have a built in 4 GB of memory while there is no space for a micro-SD card. 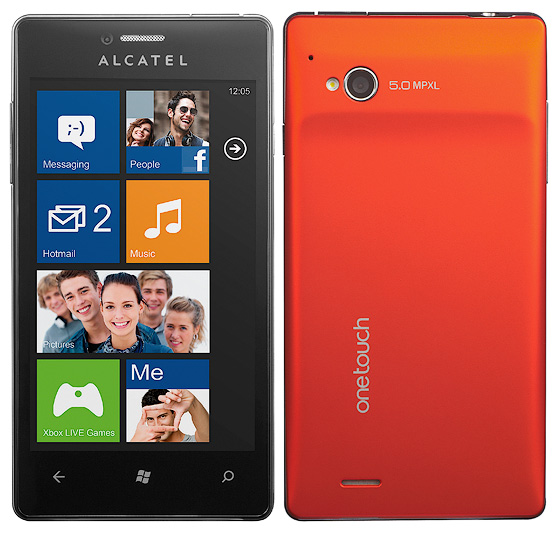 There is a 5 Megapixel shooter at the back of the device as seen in the leaked press shots that can take standard 5 megapixel images of resolution upto  2592 x 1944 pixels. The camera got the  auto-focus capability and is supported with a LED flash for low light photography. There is also a Secondary VGA camera at the front which is capable of shooting VGA quality videos at 30 frames per second. For connectivity the phone will have a standard  set of sensors and wireless connections which shows it a standard GSM-smartphone. 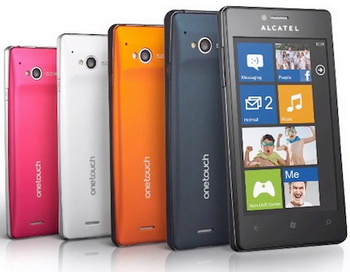 The unit will be powered with a 1500 mAh Li-Ion battery which seems to be enough powered to run through a busy day of phone usage, as Windows Phones have no issue with quick battery drainage as found in the Android devices. The Alcatel Veiw will be released in China at first but will be made available on international market later. But still we have no confirm dates of the release of the device yet. But still manage to grab some images of the device leaked online. Here are some more ones found on a Russian Blog. 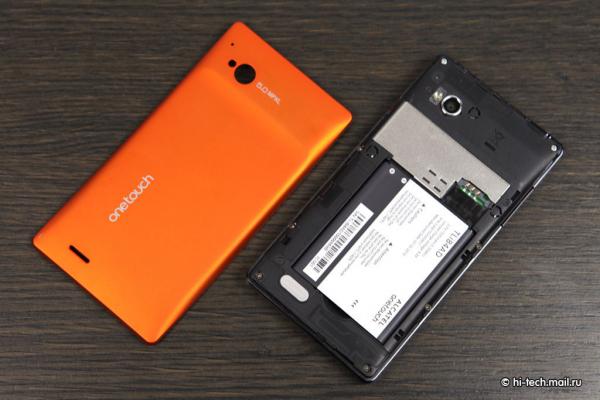 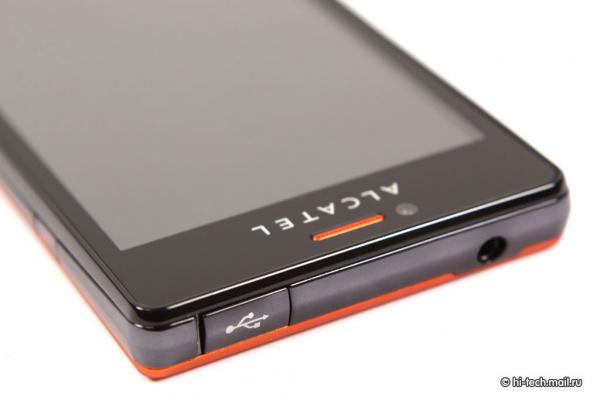 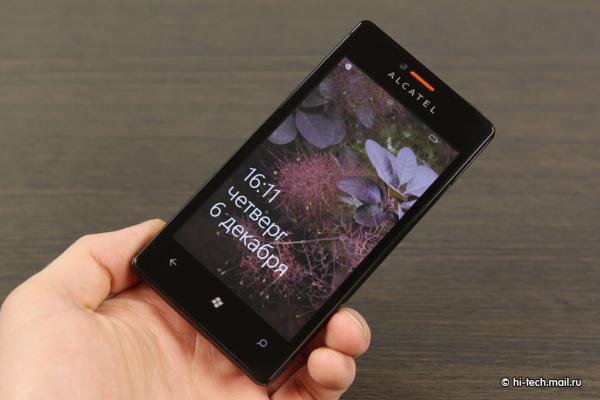