Recently we have seen some leaked images of the same device with the updated Android 4.3.1 version which were later determined to be some fake images. But these new images shows some real pleasant looks of the future Android 4.4 KitKat interface. The Home screen has been found quite resembling with the older version of the firmware but the Dialer and the message app can be seen up tp date and totally different from the previous versions.

The settings screen can be seen in the below image showing the build number KWS62B alongside the Android version 4.4 written in the version menu. The kernel version also shows the development date as the August 30th. 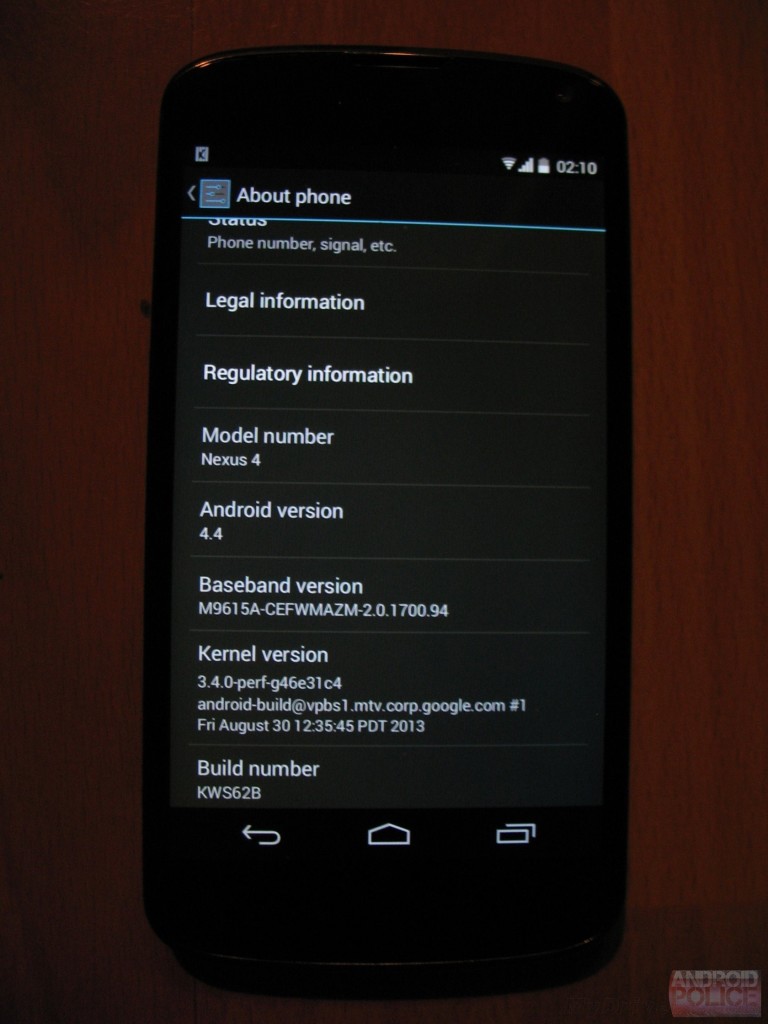 Now most of us  know that Google will release Nexus 5 somewhere in late October. However, Google is obviously not forgotten four sons Nexus 4, Nexus 4 today, four sons smartphone running Android 4.4 operating system, the spy has its own tact’s to show his claims true. 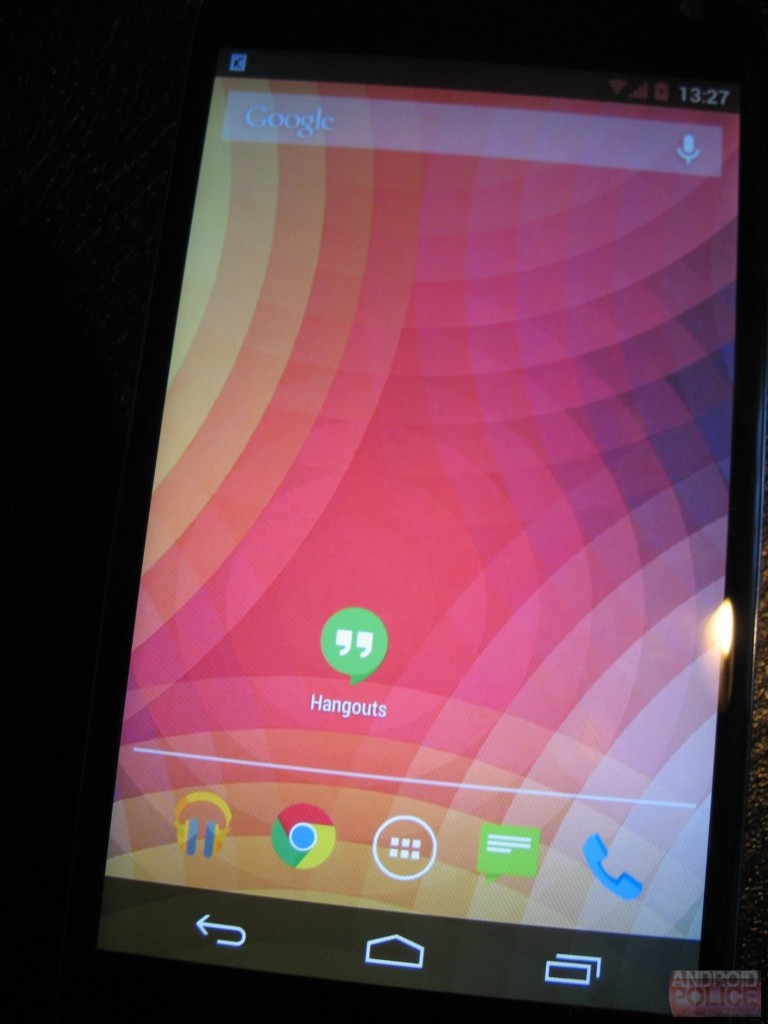 The images are still making us confuse about the what changes made on 4.4 KitKat. If we look closely a few UI modifications from Android 4.3 are might be the evident. Google seems to be going with more flat look. The messaging and dialer ones are different from the previous version. You can spot the difference from the images below. 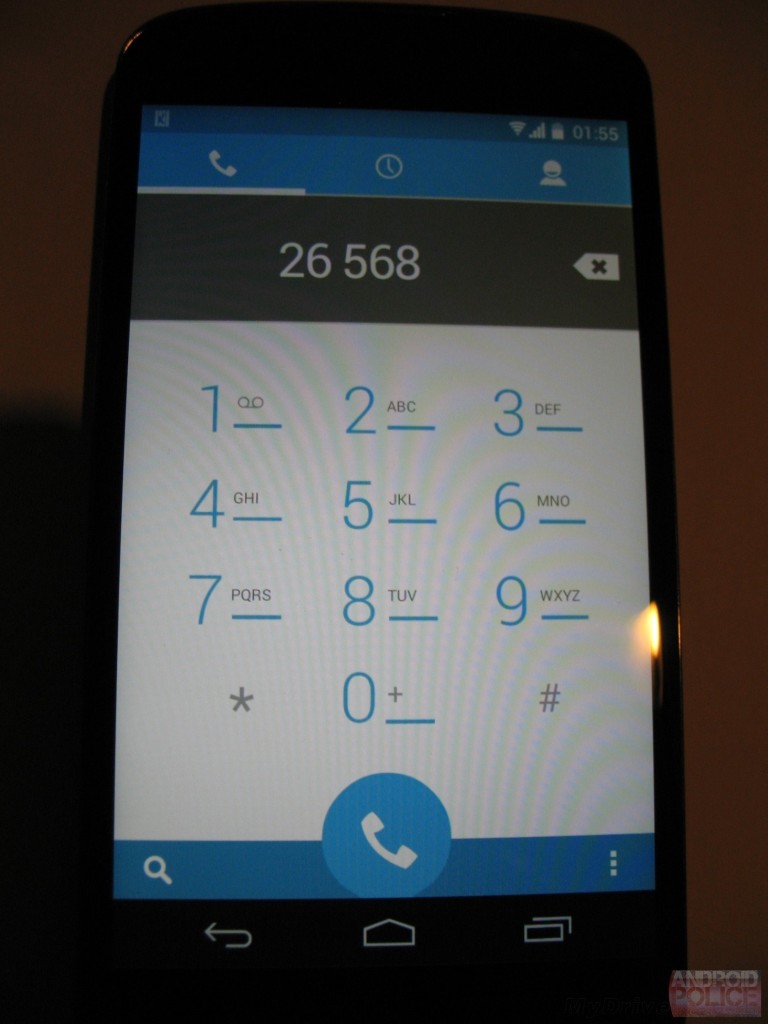 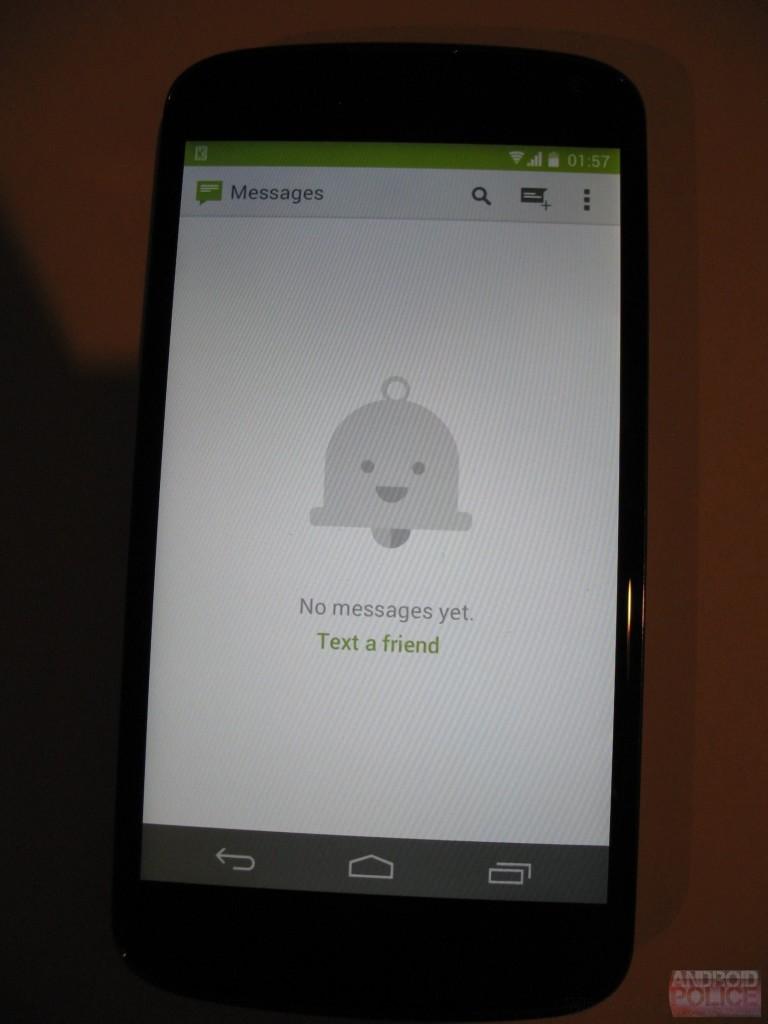 The dialer app also been changed, as we seeing a new color scheme with a huge dial button at the bottom. The other change in UI is the notification bar at the top, that look like it changes color depending on which app is opened. It look that similar UI approach has been adopted by Google same like as for iOS 7.