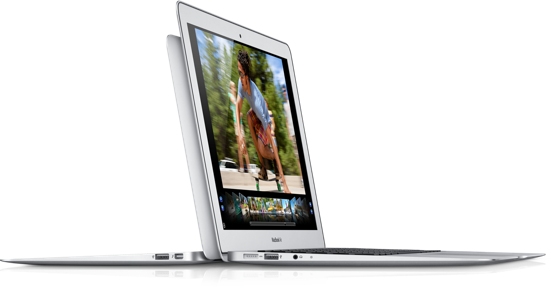 Some leaked news from FoxConn showing that Apple is looking forward to announce the next series of MacBook Air in June. The rumor gets some hype when some third party sellers shows some figures that the stock supplies of the older existing models of MacBook Air have been reducing significantly for the past 2-3 months and the orders for the new supplies have been abandon showing the great signs of a new device to hit the market soon.

According to a report published by AppleInsider the Amazon.com have also ran out of stock, specifically of the 13-inch MacBook Air with a 256GB variant and there are no new supplies made yet and there are no indication of any supplies being made in remaining days of this month. The 11.6-inch version of MacBook Air is also heading that way and there are also no signs of supplies shown by Apple. We have same case with another inspiring Apple products seller “MacMall” who have been telling the same story about their stocks of MacBook Air in their stores.

If we look in the past records Apple have been doing this with its iPad, Mac and MacBook Air models. The WWDC is also taking place next month which strengthen the probability of the release of yet another brand new MacBook Air. The new expected MacBook Air most notably having Intel Haswell Processor which will be supported with the latest upgraded graphics performance for the new device. However there are no indications of any new changes to be made such as redesign and Retina Display.