Archos has finally announced their upcoming series of smartphones which were leaked earlier on the web. The French phone makers have been continuously working on this project of new Mid-Range Android smartphones and today they came up with 3 smartphones named Archos  35 Carbon, Archos 50 Platinum and the Archos 53 Platinum.

All the specs of these devices found to be the same as were reported in the leak documents a week ago. All of the 3 smartphone came with Qualcomm and IPS plus touchscreen with support for Dual-Screen.

It is the lightest phone in this range, with a price of $120 it is regarded as one of the low-range smartphone but came up with cool specifications.  As discussed since its first leaks, its nomenclature indicates that has a screen of 3.5 inches , which as we said is of type IPS and resolution 320×240 pixels . 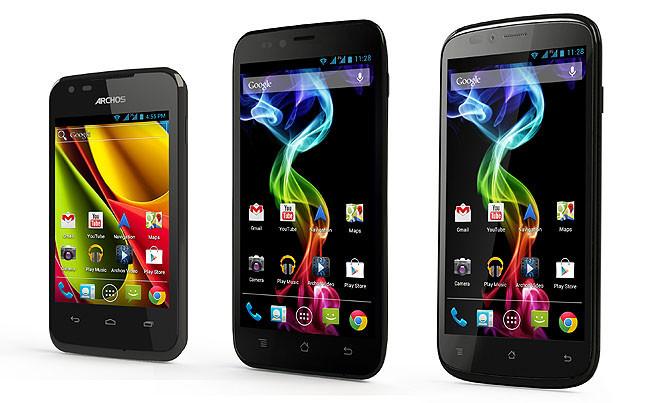 Its connectivity is complete up to HSPA 7.2 and has WiFi, Bluetooth 3.0 and FM radio. The processor is a 1GHz Qualcomm 7225A accompanied by 512MB RAM and 4GB of internal storage expandable via microSD cards.

As for cameras not surprising, in that price you would accept a VGA sensor too and if there are two of them i.e a rear and a front camera then you will find yourself so lucky. The Archos 35 Carbon came with older version of Android 4.0 Ice Cream Sandwich and company doesn’t seem to be planning any update for this unit to the next Android version.

The Platinums series is considered to be the High-End series of smartphones announced by this French company Archos.The Archos 50 Platinum came up with a  screen size of 5-inches while it’s companion handsets possess an even bigger screen, 5.3-inches to be exact. But the fact is that non of them have any HD display. Both of these devices have qHD resolution (960×540 pixels) on an IPS type panel. 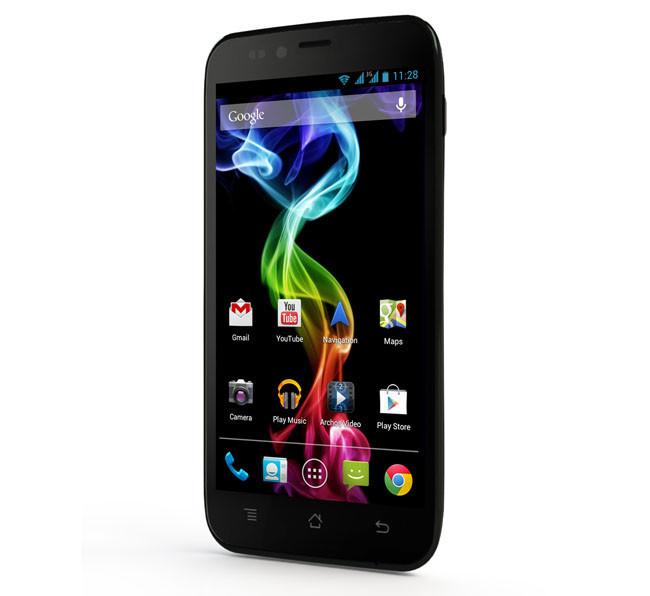 In the case of processor both smartphones have a quad-core  Qualcomm 8225 processors that has a clock speed of up to 1.2 GHz , which come accompanied by 1GB of RAM and 4GB of internal storage expandable with the help of SD-Card Support.

Both of the Archos 50 platinum and 53 Platinum came up with an 8 megapixel back camera and a 1.2 megapixel front camera capable of video chat. As far connectivity is concerned, both these devices came up full connectivity support for HSDPA+ , WiFi, bluetooth  3.0  with A2DP, FM Radio and GPS. With all this the interesting part is it’s support for Dual SIM cards makes it superior to many high-end smartphones.

Both devices will be available in the market somewhere in Mid-May this year. Lets see if they can make any impression on french market which has been highly guarded by giants like Apple, Samsung, HTC, LG and Nokia.