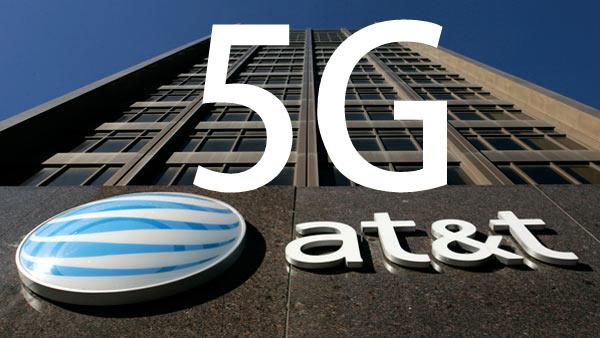 AT&T Inc. the American multinational telecommunications conglomerate.Being the top most telecommunication giant AT&T  and also providing the broadband subscriptions now introduced a fake 5G technology which is a step to the fastest of the  data networks and it is   to be the most heroic change in technology by which you can reach everywhere in the word on a touch of your thumb,just require not more then a second.Although real 5G connectivity remains pretty far out on the horizon, and these are just the very first steps in the standard’s direction,just creating a hype and briefly introducing the new version of fast internet in the form of their new programme “5G Evolution“.

Case in point: AT&T back in April unveiled “5G Evolution”, insisting that the carrier “plans to pave the way to the next generation of faster speeds for its wireless customers with the latest devices in over 20 major metro areas by the end of this year.”More specifically, AT&T is testing 4×4 MIMO antennas and 256 QAM, technologies that can provide faster speeds. But they aren’t “5G,”.

According to AT&T they had noticed the customers interest through the “5G Evolution” in the Austin and people showed a lot of interest and joy when they tasted the future technology.Now by this people don’t have to wait for the upcoming techs but they can taste it before 2,3 years of its lauch. Another news for the Samsung S8 And S8+ fans that get  on your toes folks there is something very fast network   coming in the device from AT&T,”Most probably the taste is there for you as well”,says AT&T.

AT&T says they are going to launch “5G Evolution” in Atlanta, Boston, Chicago, Los Angeles, Nashville, and San Francisco ,up to 20 markets in total by the end of this year. Meanwhile some fans don’t like the news and mocked the company with comments like,

Yeah, that’ll show ’em! T-Mobile’s had all these technologies on their network for YEARS, but we call it “5G” so we’re better than them! Yeah, phony marketing!

While one more described it as,

What’s funny is that this “5G Evolution” service uses LTE-Advanced.

And you know what “4G” should have been if carriers had followed the International Telecommunication Union spec instead of creating their own branding? LTE-Advanced as well. Even regular LTE wasn’t supposed to be called 4G.