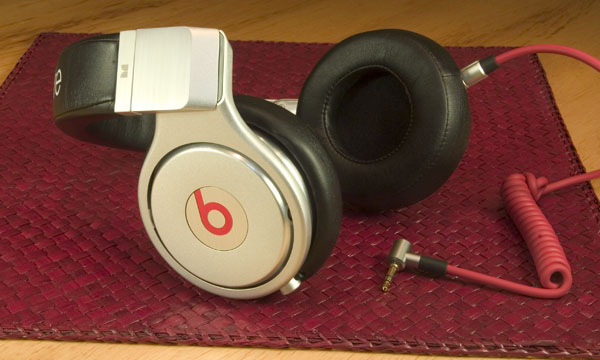 As I woke up this morning I got a package delivered to my door step. I opened the package and I must admit that I was thoroughly surprised to see what was in it. It was a “Beats by Dre – pro headphone”. As it turned out the company had sent me a piece to provide some reviews.
These days head phones have become a fashion accessory, no doubt that the sound quality also matter equally but during the last 5 years manufacturers have been focusing extensively on the looks of the product. Beats by Dre headphones are such headphones that have fueled this trend from the very first day they were launched in the market. With celebrities like Lady Gaga, Eminem and Bruno mars endorsing these products, Beats by Dre headphones were destined to be a hit amongst the masses.

As I already said, these days’ companies pay full attention to the aesthetics of their products and Beats by Dre has been designed to look like an expensive fashion accessory. The headphone that I received was Drenched in full white color with Beats logo on the ear cups designed in red. I must say that they look absolutely gorgeous. I don’t think that I have ever seen a headphone in my entire life that looks more stunning than Beats by Dre pro headphones. I give full marks to it for its styling and design.

In the package you also receive a monster cable; I found it a bit odd that the cable was of red color. But it also helps distinguish that the cable is from monster, another style statement in itself. The cable has two 3.5mm jacks on its either side; it’s a part of the new modular design. Separating the cable from the ear cups helps in increasing the durability of the entire product. As most of the times the fault lies in the cable rather than in the ear cups, you can simply change the cable without having to buy a new pair of head phones. Overall the cable looks solid and is tangle free.

The quality of ear cups is good too but after prolonged use I found them to a bit heavy on the ears. After about 1 hour of usage it started to feel uncomfortable. Even though it’s a common issue with most of the headphones out there, still I didn’t expected this from a product that has been designed by an expert musician. 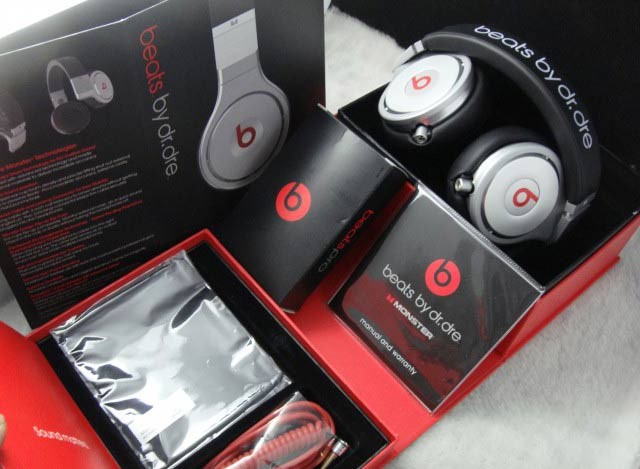 From the perspective of noise isolation I don’t have any complains, the ear cups fit well and they filter out most of the noise.

Coming on to the sound quality, these are head phones dominated by bass and are best suited for listening to hip hop music. It has been designed for people who like that in your face over powering bass.

– Too expensive.
– A bit uncomfortable.
– Too much bass sometimes suppresses some musical notes.
– Poor battery life.

The Beats Pro by Dr. Dre from Monster Headphones deliver a sturdy design and top-notch sound quality for those who enjoy skull-shattering bass. If you’re a casual listener and can afford them, they’re a worthy investment, but if you’re an audio purist then you may want to comparison shop and If you are in to hip hop music and if you don’t mind having a headphone for a fashion accessory even if it costs 400 dollars then you should probably buy it without giving it a second thought.

Daniel is the author of this product review. He has always been a big fan of headphones and other audio equipment’s that are heavy on bass. He says that anyone who wants to listen to better music must buy this pair of headphones.