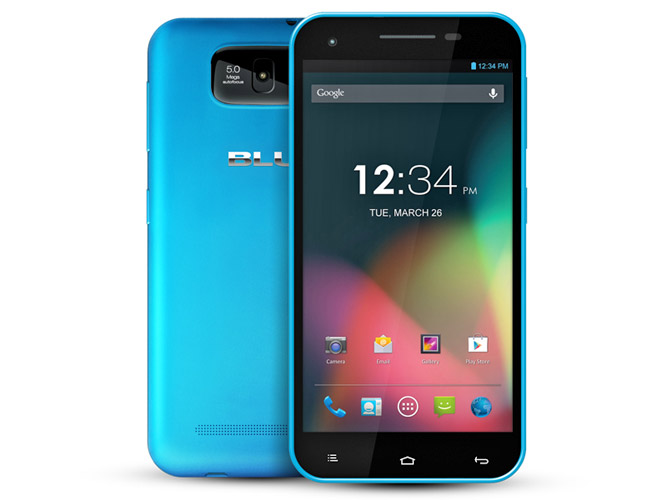 This new BLU smartphone is huge and comes up with a giant 5.5-inch TFT display which has a resolution of 480 x 854 pixles, for some of you who have seen such huge screen Phablets, this resolution is considered to be quite low and far less then the current 1080P Full-HD displays. A part from the size the device is enlisted in the Mid-Range handsets to be found in the market with a pixel density of 178ppi. This also sends a Low-Quality display signal.

But inside it has some powerful specs sheet which ensures its place in the mid-range specs device. Inside BLU Studio 5.5 there is a 1.2 GHZ Quad core Cortex A-7 CPU mounted on a MediaTek MTM6589 Platform. The device is loaded with 1 GB of RAM, quite enough even for the latest Android version. The device came with an internal memory of 4GB which is expandable upto an extra 32 GB via the micro-SD Card slot.

The BLU Studio 5.5 comes up with a 5 megapixel camera mounted at the back, which in current times is considered to be a mid range camera lens. However it has the ability to capture Full-HD 1080P videos. There is also another VGA Camera mounted on the front of the device for video Chat purpose.

There is removable poly carbonate plastic cover which feels better than other low-end smartphones available in the market. Under the cover these is a standard 2,250mAh Li-Ion Battery with a 300 hours of standby time as claimed by the company. Beside this the device is loaded with Android 4.2 Jelly Bean upgradeable to the current Android 4.3 version. 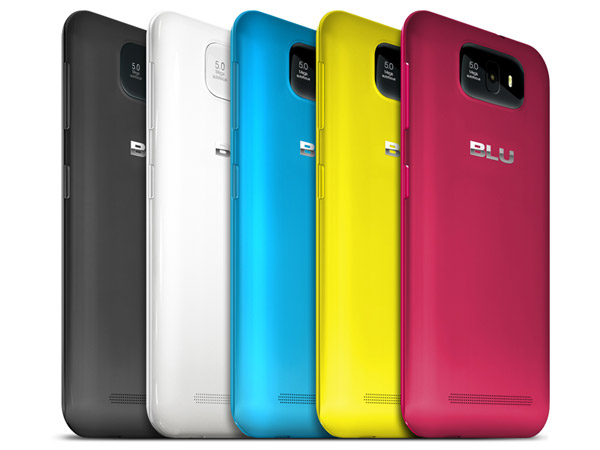 However the best part of this device is it’s price. This will surely be the 1st 5.5-inch huge phablet phone with this cheap price tag of $179 off-contract. The company BLU has claimed that you can buy this device from Amazon or Best Buy in couple of months.