We are lucky to get the Jailbreak that early, Thanks to the Chinese team Pangu for providing us the iOS 8 – iOS 8.1 Jailbreak for all those devices running these updated version of the Apple’s firmware. No one was expecting this Jailbreak to hit that early. The news shocked us all even the most concerned persons like Cydia creator Jay Freeman as known as Saurik who was laying with the older Cydia app.

But thanks to him that he made quick efforts and released the first update of Cydia 1.1.13 for iOS 8 – iOS 8.1 right now. You can download the latest version of the app right from his official site or the link given below in the post. Even though the developer behind the Cydia for iOS 8 was late in realizing the Chinese Team Pangu Jailbreak for iOS 8, but he still managed to roll out the update for the iOS 8 jailbreak.

He mentioned in his latest post: “I’ve given a new version of Cydia Installer in the form of a standard jailbreak bootstrap for inclusion in a new version of their jailbreak. I’ve also pushed the .deb of the iOS 8 version of Cydia to apt.saurik.com for manual download, but not yet to my repository. A lot of thanks goes out to limneos, who tested the new build for me, as I was at an airport (and now am frantically typing this message while they figure out how to retract the jetbridge from the plane I’m on that is about to take off).”

The Cydia 1.1.13 .deb file for the iOS 8.1 Jailbreak  can be downloaded from this link. You can Install Cydia 1.1.13 deb manually. A detailed guide is dispatched here. 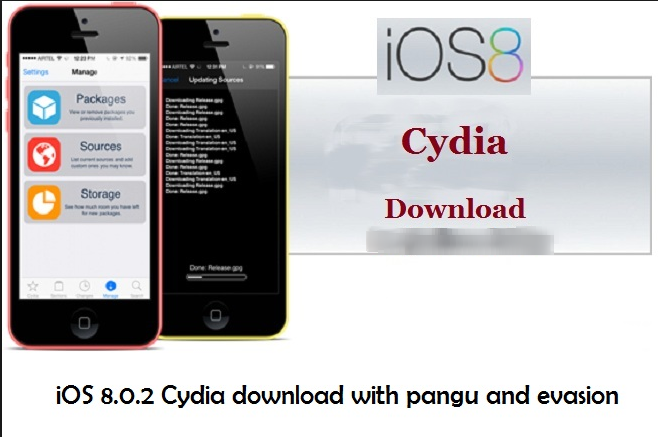 How to install Cydia for iOS 8, iOS 8.1 devices with Pangu Jailbreak.