One of the best designed smartphone of 2103 HTC One has its successor in stores now as the Taiwanese smartphone makers HTC has introduced the HTC One (M8) which is regarded as the next big thing in the smartphone world. As all Android devices the HTC One M8 also has its very own customised User Interface known as HTC Sense and the new UI also includes a set of Wallpapers packed in known as the stock Wallpapers of that particular device.

The HTC One M8 has a set of new Wallpapers and thanks to the XDA Developers forum who have extracted these wallpapers out of the testing devices and published it on-line. The pack contains the complete set of 18 Full HD wallpapers which comply with the screen resolution of 2160 x 1920 Pixels. The best thing is that these wallpapers can be downloaded and used on any other Android device as well.

As seen in the above images all wallpapers carry the fresh new looks for the device. The HTC One M8 wallpapers can be downloaded from the given link below. The file given in the link is a Zip file you can simply download it and extract it to get the wallpapers. 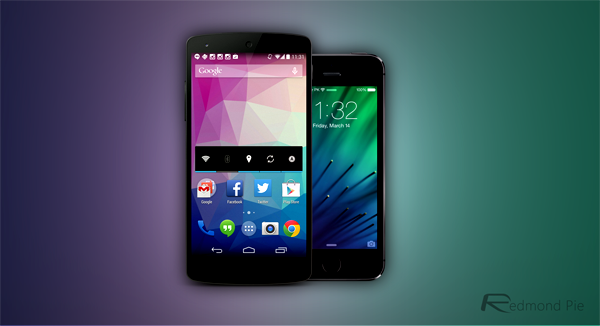 Beside this the Wallpapers can be found on other Local Android apps as well, and if you are a wallpapers fanatics and looking for the stock wallpapers of other Latest High End devices like Samsung Galaxy S5, Sony Xperia Z2, LG G2 etc you can have them all here.