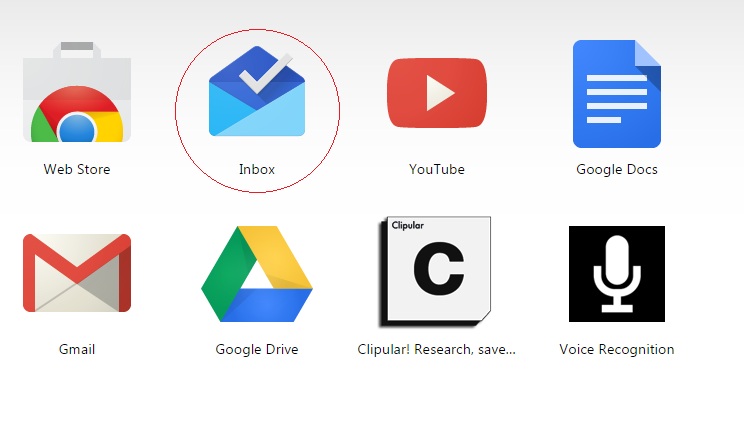 Beside the release of Android 5.0 L with the whole new user interface and awesome features the developers at Google have some more plans to unveil yet. The Google Inbox 1.0 is official launched today and it will be the new email system from Google for all previous Gmail users on all platforms. We all know that the Gmail was launched in 2004 and after 10 years we have the new Email system from Google the Google Inbox, which has one unique aspect with Gmail and that is, Subscribers have to request for the invitation.

For now it seem like developers at Google wants this new Inbox by Gmail feature to be available on all platforms by posting an Extension for the Google Chrome browser which made the Inbox for Gmail a single click away from the users. This new app or extension that has been added to the Chrome browser is just a mere shortcut and it will take the user to inbox.google.com where you have the options to download the app for your smartphone or tablets running iOS or Android operating systems.

However the purpose of this extension can lead us to a whole new project by Google developers which is in the making. We can expect that users in future can use the app as their way to access their Inbox by Gmail account using the Chrome browser and we hope that such extensions or plugins may show up for other browsers like Firfox etc. 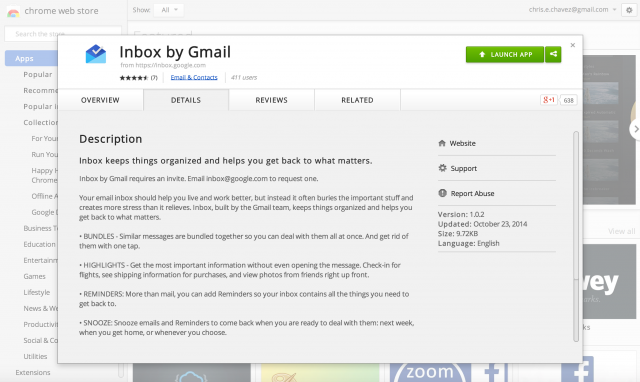 You can download Inbox by Gmail form here by clicking this link and then install it on your Google Chrome browser to get ready for a bigger feast going to happen soon. But to use any of Inbox by Gmail service you should have their Invitation, and if you are still looking for one you have to email to the developers at inbox@google.com and wait for their time to lend you the access to use this new service by Google. The good news is that they are already posted a truck load of invites today and more are expected tomorrow.