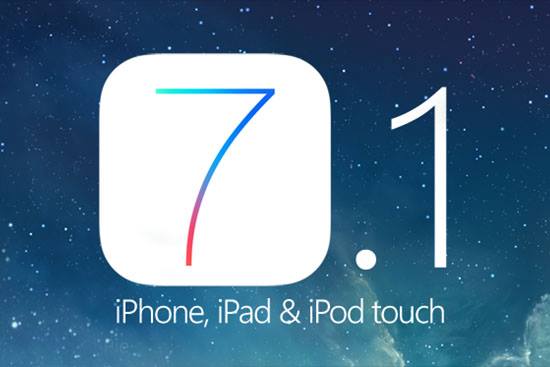 We have seen Apple working on their platform quite frequently and the release of iOS 7.1 Beta 1 is one of them. The iOS 7.1 Beta 1 is out for developers which has brought a lot of fixes along with some major performance improvements for the apps that have been included in the iOS 7.

Apple has just released the iOS 7.0.4 update for its devices capable of running iOS 7 recently but the introduction of this Beta version of the iOS 7.1 shows that Apple wants to add more fun to its operating system. They can see their rivals Android potential with their OS getting stable day to day with some continuous updates on the roll.

The iOS 7.1 Beta 1 build 11D5099e has been released for the developers and can be downloaded direct from the Apples Developers site if you have the developers ID, and if you don’t have it you have to sign up for it by paying $100 to the company, But we have managed the alternative for you by providing the for all iDevices that runs on iOS 7. In other words the iOS7.1 Beta 1 supports iPhone 5S, iPhone 5C, iPhone 5, iPhone 4S, iPhone 4. With the variety of iPads and the iPad touch 5G can also run the OS.

These are the new features that have been added in the Beta version of iOS 7.1 as posted by iPhonehacks.

These are the links given for the iOS7.1 Beta 1, You can select your device and click on the link to download the suitable IPSW file for your device. It includes links to all sorts of iPads, iPhones and iPod Touch who have been running on iOS 7 or capabale of running this latest iOS 7.1. If you don’t find your iDevice in the list than your device is illegible for this latest OS.

Once you upgraded your device to iOS 7.1 Beta, you will not be able to downgrade or roll back to previous version of the iOS. There are some options for manual downloaders which may help them in downgrading the iOS 7.1 Beta 1 to the current iOS 7.0.4 stable but there are certain risks in doing that.

The users with the developers account will carry on updating with the release of each Beta version periodically as they did with the iOS 7. The Jailbreaks freak should stay away from iOS 7.1 as team evad3rs has announced that there will be no Jailbreak for iOS 7.1. They are currently busy in Jailbreaking iOS 7.0.4. The iOS .1 Beta 1 will expire on Monday January 13th and surely there will be the Beta 2 version to follow.

That it you have the latest iOS 7.1 Beta1 update on your device. Browse the new features and let us know what you found most interesting in this iOS 7.1 Beta 1 update. Don’t forget to share this awesome Link with your friends by sharing this post on clicking the sharing buttons below. Also Stay tune and follow us on Twitter, Facebook or  Google +, to get up to date for the latest iOS 7.1 beta updates. We will provide you with the latest links in future too.