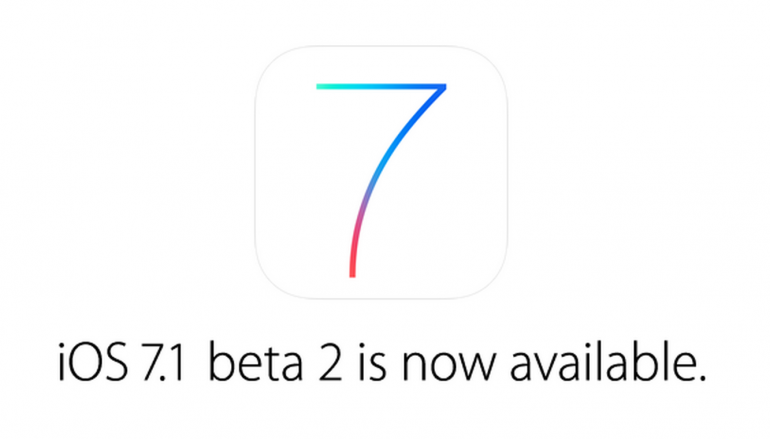 After the introduction of iOS 7.1 Beta the developers at Apple has managed to introduced the 2nd version of that beta firmware which is named as iOS 7.1 Beta 2. The firmware has a scheduled update which has been announced by Apple yesterday. This iOS 7.1 Beta 2 Build 11D5115D is made for apps and other program developers for the iOS devices.

But you don’t have to worry even if you are a common iOS device user and you want this updated iOS 7.1 Beta 2 version to be downloaded on your device than all you have to do is pick the right link from the given links in this post and Download the iOS 7.1 Beta 2 Ipsw file to your system and then read the instructions given below to inject it in your iOS device including iPhone 4 to iPhone 5S and 5C, and the latest iPad. Links for the 5th Gen of iPod Touch will be updated later as there isn’t any update for this iOS device yet.

Before the download let us briefly describe what is new in this iOS 7.1 Beta 2 update as described in Apple Mania.

** Touch ID & Passcode settings are now available in the root level of the Settings app, rather than being buried inside General:
touch id ios 7.1 beta 2
**  There’s a new toggle to switch to list view in Calendar app. You don’t need to tap on the search icon to see the list view, which wasn’t very intuitive:
** Calendar ios 7 1 beta 2
** For text-only buttons, you can now turn on button shapes to better understand where you can tap. This behaviour can be enabled from the Accessibility settings:
** New Button shapes
** Apple addressed a very common complaint with iOS 7 by speeding up the animations in this beta.
** Control Center now has a bounce animation when you pull it up.
** Apple says iOS 7.1 beta 2 should not take a long time to load a large iTunes Match library.
** Websites can now minimise Safari’s top and bottom bars when a webpage is being loaded.
** iOS 7.1 beta 2 includes a new toggle for iOS in the Car feature called Car Display, which suggests that Apple may be planning to launch the feature with the release of iOS 7.1 early next year. The toggle has been discovered in the Restrictions page of the Settings apps, which suggests users will be able to enable or disable the feature.
** iosinthecar-cardisplay-toggle
** The lockscreen wallpaper zooms when you wake up or put your iPhone to sleep. 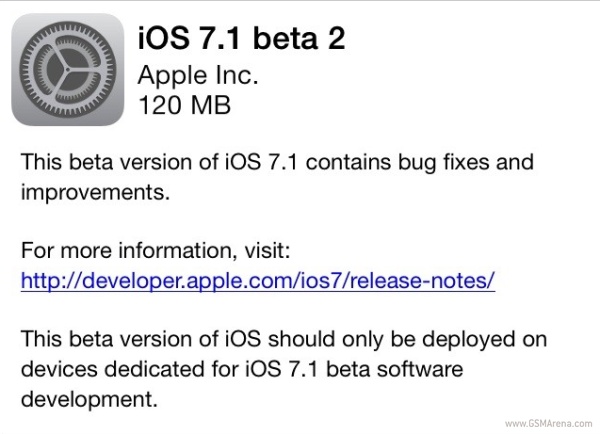 How to install iOS 7.1 beta 2 Ipsw on your iOS device:

Keep in mind that you choose the right file for your iOS device mentioned in the above list. Especially for the iPhone 4 the GSM and the CDMA are two different versions of the device so you must know which iPhone 4 you have to download the proper firmware file. Now follow these instructions.

1- After Downloading the ipsw file from the above link extract the dmg firmware to the required ipsw file with the help of DMGExtractor.
2- Now connect your device with your PC
3- Open iTunes
4- Press and hold Shift and click on Check for Update button. If you are using Mac OS, Hold Alt/ Option key while clicking on Check for Update button.
5- iTunes will ask for the firmware file, browse the recently downloaded and extracted Ipsw file.
6- iTunes now will start injecting the latest iOS 7.1 Beta 2 in your Apple device.
7- It will take 5-10 min maximum while your data will remain the same while your device gets updated. 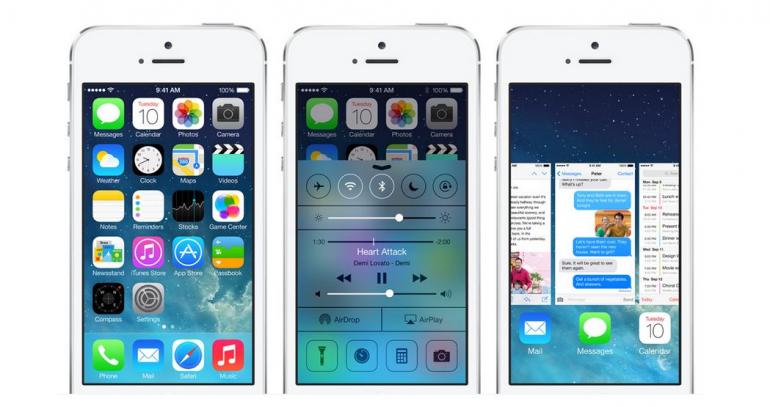 Here you go your Apple device is now updated to iOS 7.1 Beta 2. This isn’t the final version for iOS 7.1 so we expect the developers at Apple to release the iOS 7.1 Beta 3 version  in coming weeks.

Note: To get back to normal, set your phone into recovery mode. This means connecting it to iTunes, holding the sleep/wake button and home buttons simultaneously until a message appears in iTunes saying it has detected an iPhone in recovery mode. Then follow the instructions to restore your phone to the current standard  iOS 7.0.4.