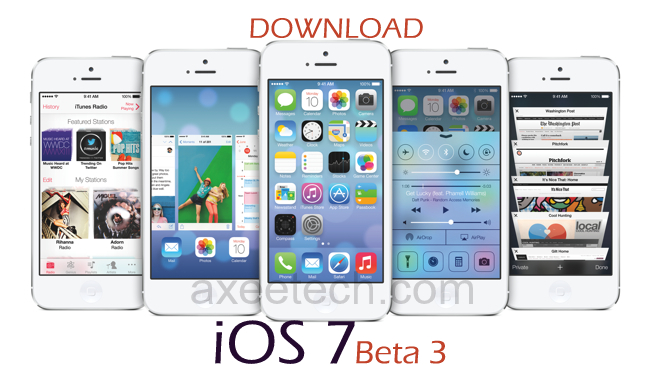 The most talked about iOS7 is in Beta status yet and Apple has recently announced its 3rd version and it is the iOS7 Beta 3 which has been made available for developers all over the world who have been working on their iOS apps. Releasing such beta testing iOS versions is to make sure that the app developers come to know the latest developments made by the company in their upcoming version of the Operating System which is currently iOS 7.

In this latest iOS7 Beta 3 version we have some most noteworthy features like the appearance changes by adding the new redesigned default fonts and the new bigger status bar which makes it easy to read the important notifications displaying on top of the screen. In addition to that there have been added some new options in the lock screen with the options of adding new lock screen widgets to access different apps easier. The artificial Siri Agent now sounds much more natural than the previous version. It also includes some new Animation transitions when you download new apps. 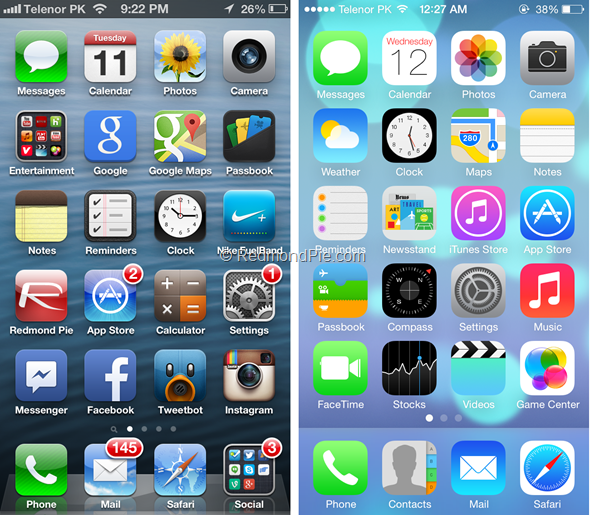 The iOS7 Beta 3 version is surely made for developers but some addicted iOS geeks like me wants to put their hands on the device with the latest iOS7 injected in it. So we made it possible for all such enthusiasts to get a taste of the latest operating System from Apple in their owned devices.

If you have one of the above Apple device you can download this test version of iOS 7 and experience it. But before that you should follow some steps to get a smooth transition of iOS7 Beta 3 on your iOS6 devices.

How to Download and Install iOS7 Beta 3 on your iOS 6 device: 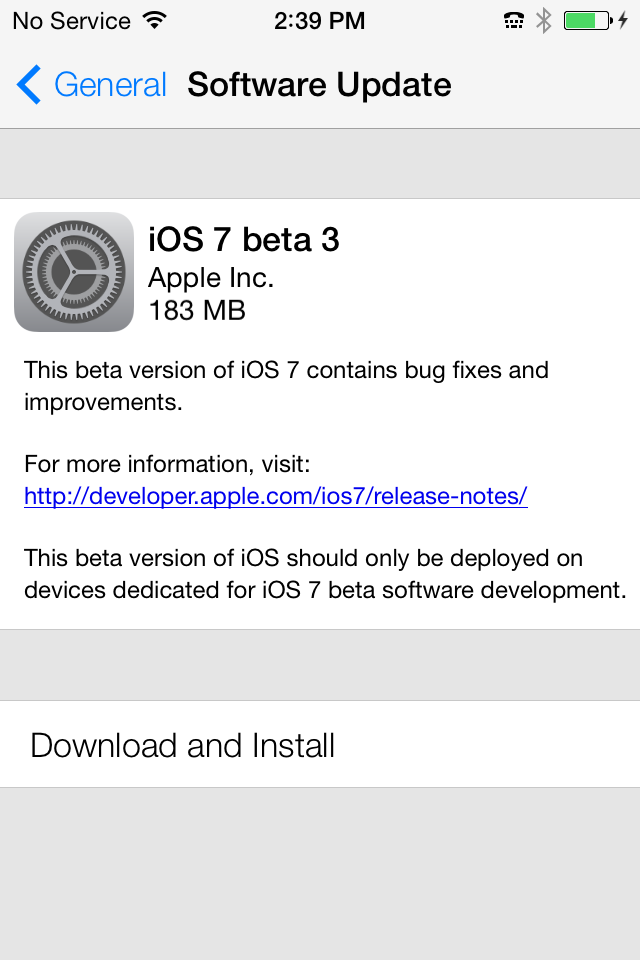 First of all you surely need the source files of the iOS7 Beta 3. The source files have been uploaded on the official Apple’s developers website. You can download the setup yourself if you know which device you have or for your convenience we have enlisted the links below with the detailed specs for the right model. One more important thing is that you should be an Apple developer to get an access to this, and if you are not you can become one by paying $99 registration fees by clicking the links below.

Apple developers and users who have already paid the $99 fee will need to log in to access the download files for iOS 7 beta 3. Once downloaded, the file you download will show up on IMZDL, but it could take a little time.

In next Step you should open up your iTunes and restore your iPhone/iPad or the iPod with the iOS7 Beta 3. If you are using Windows you should hold down the Shift key while clicking on restore, while if you are using Mac you should hold the alt/option key while clicking on restore. Then choose the iOS7 Beta 3 file you have currently downloaded from the above given links. Note that the file will have an extension of *.ipsw.

That’s it congratulations you have the latest iOS 7 Beta 3 injected in your Apple device, now just play with it and explore more new features and if you find something really interesting then tip us by commenting below. Share this post with your friend by clicking the share buttons below or  Stay tuned and follow us on Twitter, Facebook or  Google + to know the latest about iOS7.

In case if you want to downgrade from iOS7 Beta 3 to iOS 6 follow this article. How to Downgrade iOS 7 Beta to iOS 6 on your iPhone. 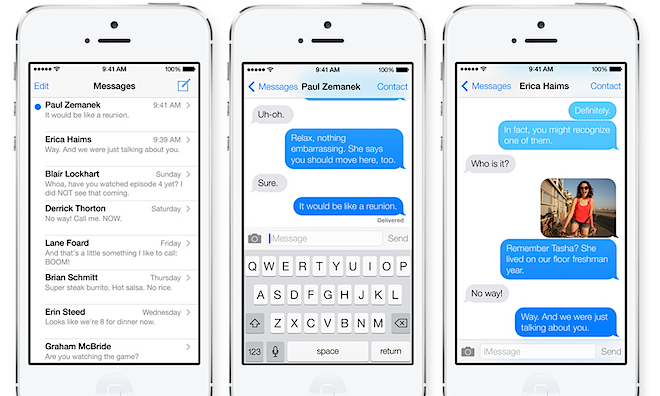 How to Increase battery life in iOS 7 by optimizing it.