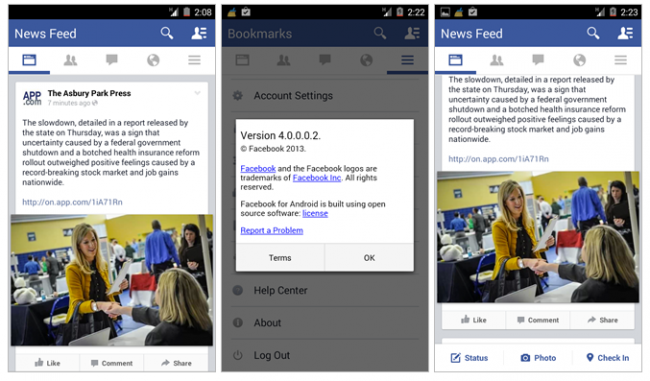 After the introduction of Flat screen clean User Interface both by Apple and Google in their latest firmware most of the famous social networks apps decided to follow the pattern. So after Twitter, Facebook also wants to get the modern looks and feels.

The Facebook 4.0 for Android is ready to roll out and soon you will see the update available for the new flat faced interface of the world’s largest Social Network with well over Billion users across the globe. The new flat looks makes it more cool than before and more like an iOS 7 app.

The older hamburger menu has been removed and there is a new title appeared on the top left corner of the screen to make navigation easier. Just below the title there us the navigation bar with the icons to make you shift to other pages of the app. There appears to be one for your Newsfeed, Friend Requests, Messages, Check-ins, and your Settings menu.

Here is the Official Link to Facebook App for the Google Play Store. Keep in touch to get the update firs for your Android device. 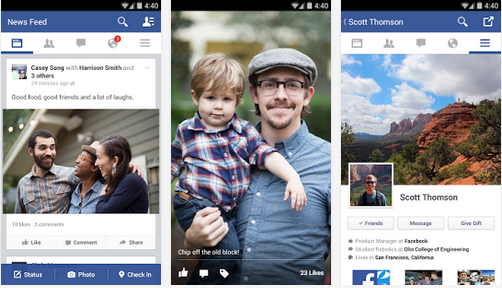 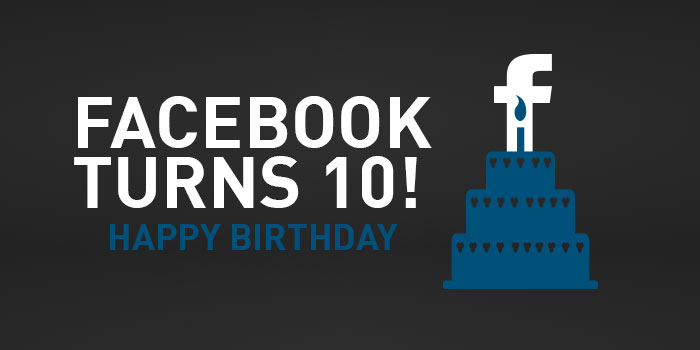 Facebook is 10 Years Old now, Here is A Look Back [ info-graphic]. 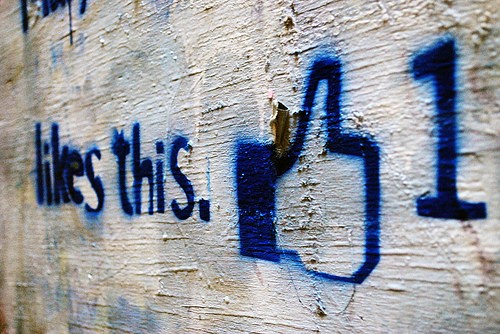