You must have Facebook application installed in your smartphone. But Mark Zuckerberg  doesn’t seem to be quite satisfied with it, he always wanted to show something new and more Facebook oriented so he came u with the new Idea of Facebook Home. This is a type of launcher that will work between the applications and operating system. As suggested by Facebook Official page ,” The family of apps that puts your friends at the heart of your phone.”

Facebook Home is an application that is installed on Android phones and replaces part of the system as if there were a new layer of software installed. The role goes to the main screen, where our profile becomes wallpaper and interact directly with our friends.

The main homepage or the control center of this app is called Cover Feed. The control center Faceboook Home experience is called CoverFeed . This screen displays social network updates, among which we can navigate arround with the help of  swipe gesture. The messaging system is integrated with other services such as phone SMS messages and avatars appear as small round contact photo with sending button of the the message called Chat Heads . 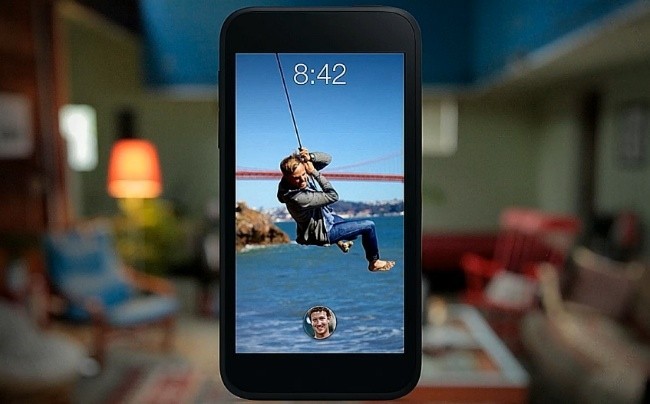 Everything on Facebook Home is done through gestures and icons disappear in favor of a button (i.e. your avatar) which remains on the bottom of the screen if you want to access any app and it is the beginning of everything. But you surely needs to learn some curves  While moving with fluidity and navigate all around your phone with ease.

Anyways the news is that the Facebook Home will be available from April 12th this year , but the bad news is that it will first available in U.S only and for some short-listed High-End devices only. The list can bee seen in the press conference event which includes both HTC One and most obvious HTC First which has Facebook Home installed already, and for Samsung it will be available for Samsung Galaxy S3, S4 and the Samsung Galaxy Note , and Note II.  It is quite obevious that it will not support any Android version came before IceCream Sandwich i.e Android 4.0. Companies that come to Facebook on this trip are HTC , Samsung, Sony, Huawei, Alcatel, Lenovo, ZTE , Qualcomm and Orange, so it is expected that the application becomes pervasive in the future. Since Facebook also ensured  that the Facebook Home will be available for all versions of Tablets and Android Smartphones.

Facebook Home got some worst feedback by Android Users.