There have been lot of Rumors about the 1st Samsung device loaded with Tizen OS is on the verge of release but we have seen nothing official from Samsung yet. But today there have been reports that finally we have the first Tizen OS running Samsung ZEQ 900 which has been spotted on eBay for $300.  So we can except  that the device will show up early or at least in the WMC on 23rd February.

The leaked images shows that the Tizen OS in this Samsung ZEQ 900 device is more inspired by the Windows Phone 8 interface, and there are some shots that shows that developers behind the Samsung have used their latest Magazine UX user interface which we have spotted in the Samsung’s new Note Pro, a 12.2 inch tablet. Meanwhile there are some more leaked shots of the most anticipated Samsung’s future Flagship device the Galaxy S5 running the Android 4.4 KitKat with the overlay of the same Magazine User Interface.

However if you pay a close attention the design of the device is very Samsung though, with the same physical home button, the same Galaxy series designed speakers and outer body while the shinning logo at the top makes it more obvious. The source which got these leaked images of the device from the eBay has reported that this Samsung ZEQ 900 is a 4.8 inch display phone with 720p of resolution and powered by a Qualcomm Dual-Core processor which has the latets Snapdragon 800 chipset with an amazing clock speed of 2.3 GHz.

The leaked source, A Korean website and has reported the new Tizen OS will be announced at the Mobile World Congress in Barcelona and this Samsung ZEQ 900 will be the first device running the re-modified version of the Tizen OS. There are other reports that the Japanese cellular service provider NTT Docomo will release a customized version of this phone for it’s own customers too.

This elusive device has been taken down from the eBay quickly as the brief display with some images and price tags of $300 showed that the device is fully functional and is available for sale. The add posted on Ebay reads as, “New Tizen Samsung SM-Z9005 for apps Development”. This stunt may be a deliberate marketing strategy by some Samsung employees to get some hype for the Tizen OS as the world at large is not informed about this newly developed OS. Here are some more images of the device taken from eBay. 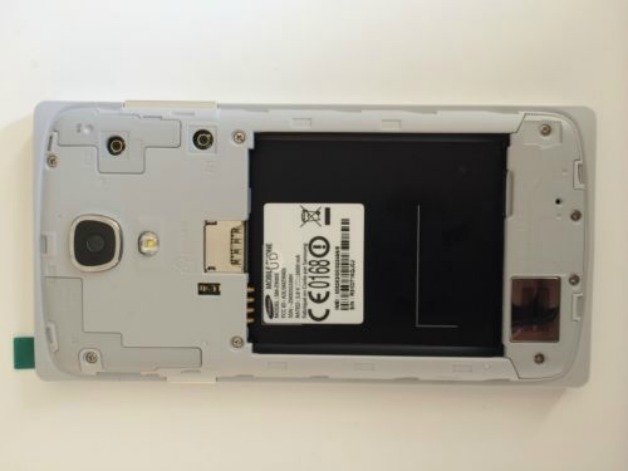 We hope to see more images of the device online and will let you know as soon as we got them. Meanwhile you can follow us now on Twitter, Facebook or  Google + and stay tuned for more. Meanwhile Share this post with your family and friends by clicking the share buttons below.

Samsung to launch Tizen mobile in India and Russia soon.

NX300M will be the first Samsung Camera running Tizen 3.0 OS.