Google announced today some new features that are being added to the Chrome browser on both the desktop and in the Android version of the browser.

The update brings 3 simple but very useful features. You will be able to use these feature anytime, while using Chrome, so the experience should be rather smooth. Google updated on Tuesday with some new features that will make it easier to search on desktops and easier to use on Android. Google is adding gestures support in the phone browser, these gestures are as follows; 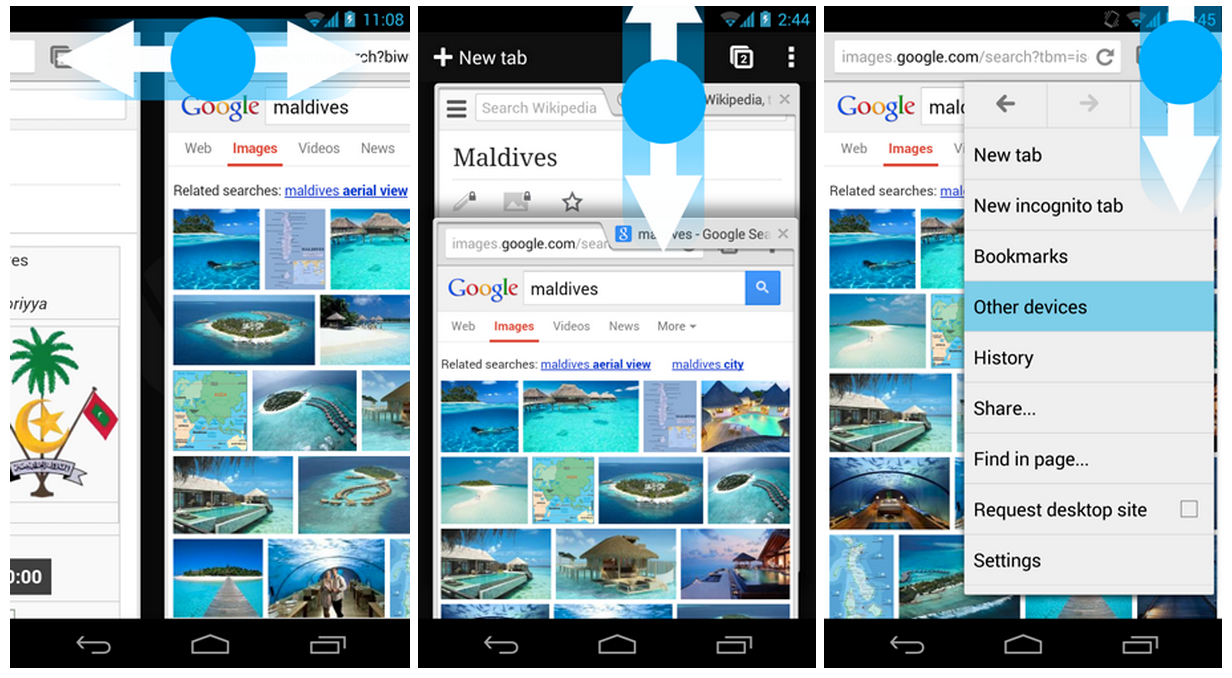 It is being suggested that the swipe gestures from Google for Android 30 beta will begin to rolling out to users over the next few days, Google did not make it clear whether previous changes to the beta had been delivered to the stable version, including WebGL support the device motion component of the Device Orientation API or Media Source API. These Chrome Features have been implemented in the Beta version for more than a month.