Apple has just released the beta version of  iOS 7.1 ( Download Here ) a few days back for the developers but many users who have been already using iOS7 have downloaded and installed the update through the direct links given by different sites, as these direct links would let you download iOS7.1 Beta without the required developers account.

But the problem occurs when many apps on iOS 7.1 Beta started crashing including the system apps that are preinstalled in any iOS device. This results in users looking for downgrading the iOS7.1 Beta to the standard iOS 7.0.4 which is the most stable and standard update of the iOS 7. If you are among those iOS 7.1 Beta 1 effected we will help you in downgrading the firmware back to iOS 7.0.4 with the help of this guide. All you have to do is follow these steps in order to downgrade your device properly.

1: The iOS7.1 Beta 1 users who have downloaded the update on iPhone 4  can even downgrade to previous firmware versions including: iOS 7.0.3, 7.0.2, 7.0.1, 7.0 or even 6.0.x  or even older using iFaith.
2: All other latest iPhone, iPad or the iPod owners who have downloaded iOS 7.1 Beta 1 can only downgrade their device to the standard Last update of  iOS 7 which is iOS 7.0.4.
3: There have been some issues found for iPod Touch 5th Gen users while downgrading to iOS 7.0.4 we are working on it and will post the other method for you to downgrade. You can try this method too It works on some models.
4:Make sure to back up your data before downgrading your iPhone, iPad or iPod Touch. 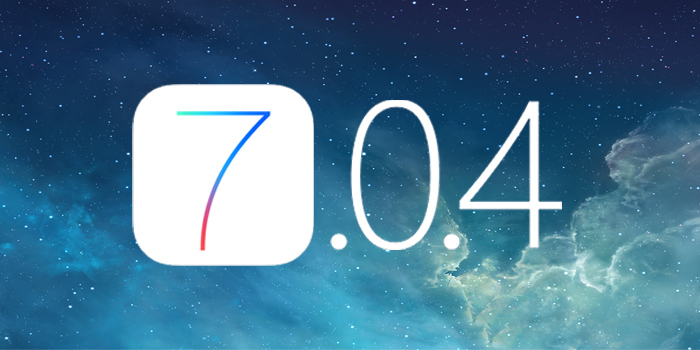 All you have to do is follow these steps given below in order to downgrade your Apple device running on iOS 7.1 Beta to iOS 7.0.4

1: First of all Download the standard iOS 7.0.4 firmware ipsw file on you PC/ Mac. [ Link iOS 7.0.4 For all devices ].
2:  Now Launch iTunes, make sure that you have the latest iTunes 11 installed on your PC or Mac.
3: Now Plug your device into your computer via USB cable.
4: After this Press the Home Button +Lock/ unlock  button at the same time to put your device to DFU Mode.
5: Hold it for 10 seconds until the windows pop up on iTunes showing your device is in recovery mode.
6: After entering the DFU mode, your iDevice screen turns black showing Apple logo.
7: Now hold the shift key on Windows or Alt/Option key in Mac and click the “Restore button“.
8: Select the downloaded iOS 7.0.4 ipsw file you just downloaded in step 1.
9: It will start downgrading your iDevice from iOS 7.1 Beta 1 to iOS 7.0.4 ( It will take 10-15 minutes at most)

Here you go! Your device will be automatically rebooted and will start with iOS 7.0.4 injected in it. The iOS 7.1 Beta is in testing stages so Apple have allowed to downgrade to iOS 7.0.4. Once the official iOS 7.1 is announced you will not be able to downgrade your iPhone, iPad or iPod touch anymore.