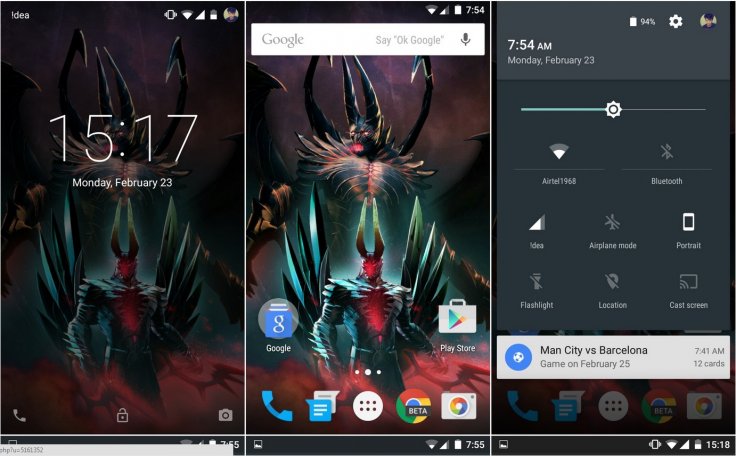 Samsung’s most promising flagship smartphone of 2012 the Galaxy S3 has been one of the best selling units among the Samsung Galaxy series of smartphones. But unfortunately the developers at Samsung stopped any further update for the Galaxy S3. We come up with the tutorial to let you know how you can get The Android 5.0 Lollipop on Samsung Galaxy S3 I9300 variant of the smartphone.

The Android 5.0 Lollipop is the latest version of the Android so far as the upcoming Android M is still in the developing phase and some devices have got the developers preview version of it. There has been lots of queries whether the Samsung Galaxy S3 will get the Android 5.0 update or not. So for all those inquiring Galaxy S3 owners, the Galaxy S3 will not get any Lollipop update. But thanks to some of the XDA Developers who have come up with the solutions of installing the custom ROMs on the Galaxy S3 I9300 devices and get the updated version of Android.

Before you can have the taste of Android Lollipop on your Galaxy S3 all you have to do is follow all the steps given in this guide to get the best out for your device. Make sure to follow all the prerequesties before heading to the installation or the flashing guide.

Step 1: First of all you have to download these files on your PC

Step 2: Once done all you have to do is download the Paranoid Custom ROM on your Galaxy S3.

Step 3: Copy the downloaded PA 5.0 ROM Zip file on the Galaxy S3 Mass storage by connecting it with PC using the USB cable. Just make sure to have the correct/ proper Galaxy S3 drivers installed on your PC.

Step 4: Make sure to palace this zip file on the Root folder of the device.

Step 5: After this you have to reboot the device into the Recovery mode by pressing and holding the Power + Home + Volume Down buttons all together for at least 10 seconds. If you see the warning notice press the Volume Up button now.

Step 6: Now once you enter the CWM Recovery you have to do 4 tasks.

Step 7: Once you done all the above given functions all you have to do is choose the zip folder and tap on the Pan 5.0 Android ROM Zip file and flash it.

Step 8: Once the above installation completes you can now install the Google Apps which you have downloaded earlier with the ROM file.

Step 9: Once done installing the ROM and Google Apps ( Gapps) you can now reboot the device manually.

That’s it. ( The process may take some time) Once your device will reboot. A whole new animation will be shown, Showing the Pan ROM logo at the start and you will end up with a refreshing new look on your Galaxy S3 identical to the one shown on nexus devices.