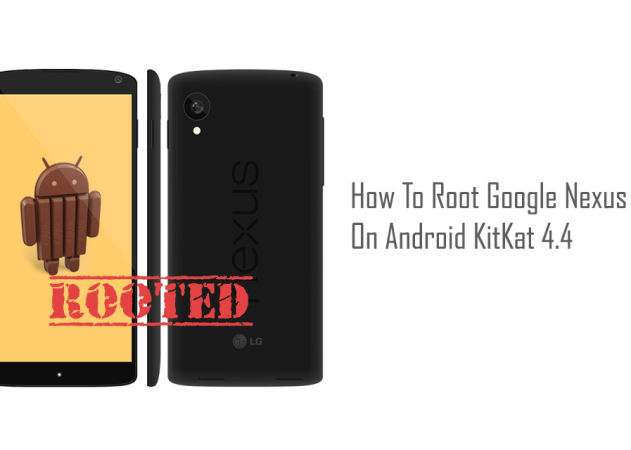 For Android users Rooting is the most common term used to unlock your device to install 3rd party system apps. It is just like the Jailbreaking an iOS device. The Rooting of Android devices is regarded as the most important step to fabricate the Kernel source code of the device. This will help you in adding new features along side  custom ROM to your Android smartphone.

Today we will guide you how to Root Google’s latest Nexus 5 on Android KitKat. To rooting of the Nexus 5 seem to be quite easier despite some concerns from the 3rd party developers that Google will secure its upcoming Nexus 5 and will add unrootable features to the device.

The Root of the Nexus 5 is simple cause of the working virtue of and unlocked Bootloader on the Nexus 5, which allows the newly added modified boot image file (ChainFire’s) to load, meanwhile the Superuser will be added to the binary in the main operating System. So your Nexus 5 will be rooted using ChainFire’s CF-Auto-Root.

All you have to do is following these steps and make sure to download the most needed pre-required steps in order to Root Nexus 5 on Android 4.4 KitKat. 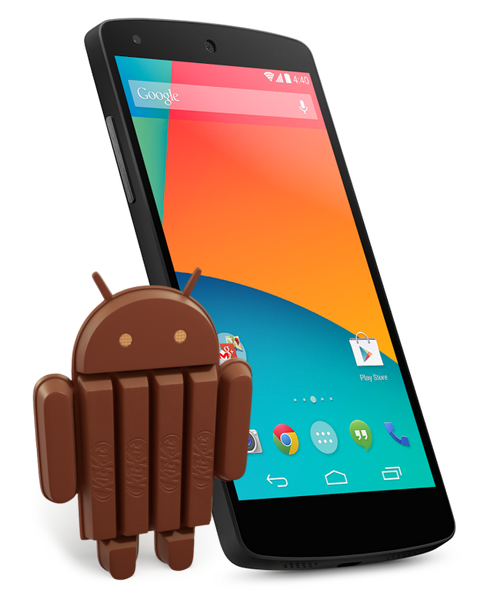 1- Make Sure your Nexus 5 is running on Android 4.4 KitKat and is charged around 50% minimum.
2 Download the Android USB Drivers for your Nexus 5 and install them on your PC.
3- Enable the USB Debugging on your device by in settings.
4- Download the CF-Auto-Root package for Nexus 5. [ Link]

All you have to do is make sure you have downloaded the Zip CF-Aut0-Root file for your Nexus 5, and you have all the pre-requirement ready on the go. Now you have to Follow these steps given below to successfully Root your Nexus 5.

1st Step : From the link above, grab the CF Auto Root package and extract it to a convenient location on your PC.

2nd Step: Power off your Nexus 5, disconnect from USB cable and power it on back by pressing and holding Volume Up and Volume Down keys at the same time. This will put your device in Fastboot mode.

3rd Step: Connect the Nexus 5 in fastboot mode to the PC using USB cable, and navigate to the folder where you extracted CF Auto Root files.

4th Step: double-click and run the file named root-windows.bat, and let the script do its work. Follow any on-screen instructions as prompted.

Now wait and see once the script ends up running your Nexus 5 will have the Unlocked BootLoader as well as the new Root Access. The SuperSU Apk will be automatically installed on your Nexus 5. You can download all the apps needed a Rooted device and Enjoy!