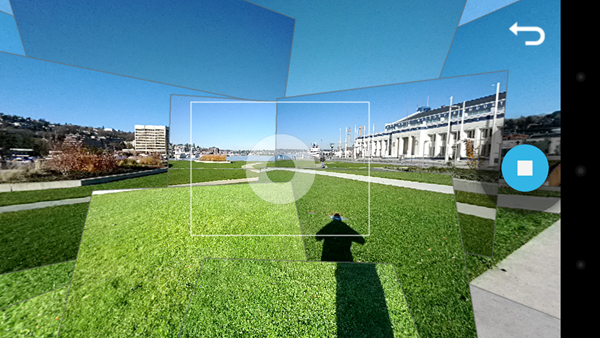 Most of you have seen such 360 Degree awesome images in Google Maps. You wonder how to take such images, specially when you have such high-end camera phones with you all the time.  Google has introduced their latest Photo sphere mode in their newly released  Android 4.2.2 version, yes but that’s an old story. But what is new here is that some Android Geeks have managed to suck this latest Android 4.2.2 camera feature out of the firmware and made it available for Android users who are using older Android versions Like Android 4.0 Ice Cream Sandwich or the Android 4.1.x Jelly Bean.

Now for those who still have no Idea what we are talking about we have managed to grab this video to let them know what they can capture with their Android phones. It’s the next step of photography for smartphones after the introduction of Panoramic mode which have been introduced by Google years ago which later was adopted by Apple in iOS6 and represented it as the most awesome camera feature, which it wasn’t at all as the world has experienced it for years.

As you seen in the above video the smartphone photography has been taken to an entirely new level by the addition of this new Photo Sphere feature by Google. As seen above you have to take picture in every direction 360 degrees around you even up and down and the system will stitch it together to make it live for the viewer as if he/she was standing at the shooting spot.

Now what you need to take such interesting images is the latest Android 4.2.2 Stock camera app. The link has been posted at the end of the post. It doesn’t matter which Android phone brand you are using, Just make sure that you are using the Android 4.o or higher to get this app work perfectly on your device. The best thing about this bundle is that it provides you an up-to-date Stock Android 4.2.2 Jelly Bean gallery and the stock Photo editing app which is also a pleasure to use. You can read more bout this app here.

For many users it might sound like 360 Panorama, which also does a good job in taking 360 degree photos but this is even more flexible in taking photos and easy to share them as the best thing about this photo sphere app is that it store your 360-degree sphere photos as JPEG files and all other required information is stored in open XML metadata in the image itself. You can share these images direct to Google maps or on Google+. However Facebook and twitter still don’t support these images yet. Or you can download the SphereShare.net app from Google Play store and share your photos directly there.

Hope you would find this new app interesting. Stay tuned and do follow us on Twitter, Facebook or  Google + to get more cool apps form this Android 4.2.2 Stock firmware.