Now a days LTE,4G and 3G are fastest mobile data services, hundred times better than GPRS and 2G. But not everywhere LTE/4G services are running, so I think every smartphone company should add a feature that will give you option to switch between mobile data network. Apple finally ads this feature in iOS 8.1 that give you option to switch between LTE to 2G or 3G. Mean you can control on your mobile data because those who have only 2G plans they don’t have to pay for LTE or 3G. In the following guide I’ll tell you how to Turn off LTE/4G and Use 2G on iPhone in iOS 8.1.

Before proceeding to the guide let me tell you that toggle between mobile data network will be visible when turn on mobile data. Now let’s start the process to Turn off LTE/4G and Use 2G on iPhone in iOS 8.

Step 1: Open the Settings on your iPhone.

Step 3: If you’ve enabled Mobile Data, you should see another toggle Enable LTE. 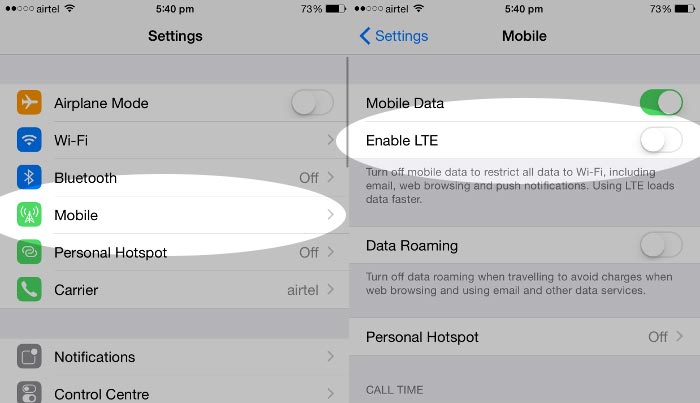 Here you go you can now easily switch between mobile data networks. If you face any kind issue regarding this guide do tell me in comments.