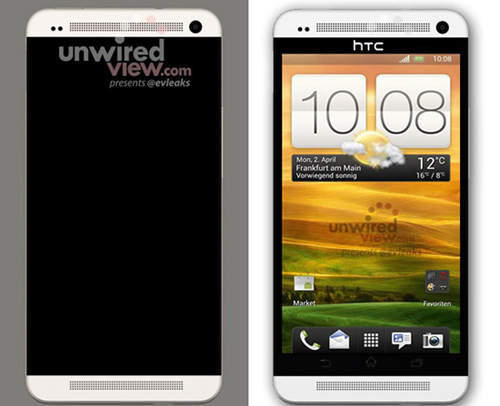 HTC has just launched it’s most acclaimed smartphone of the year HTC One in United States markets. The launching was quite late as the device was announced in February this year. Or it may HTC wants to spoil the most anticipated Samsung Galaxy S4 sales, Which has been named as its rival in the smartphone makers community. However the HTC One is undoubtedly the Star Android Device of the year 2013

However, manufacturers do not typically get most of their profits in the high range, so does apply to HTC. With all the previous experience the company is looking forward to make a lower-end or in other words a cheaper variant of the HTC One which is already regarded as a pricey device in many developing markets.  The unlocked version of the HTC One is around $840 which is quite high as compared to other High-End Android smartphones of the same specifications and almost the Same design and built quality.

That is why with the best cards on the table, companies like Samsung and Sony are still working on their alternative cheaper models to get most of the smartphone hungry markets. Samsung already started giving signals of a Mini version of it’s trump card Galaxy S4 and Sony has just announced the Xperia SP another low-end alternative for it’s prime device Sony Xperia Z.

HTC has been working on a device code-named HTC M4 which has been leaked many times with the specs and images but its been all on secret HTC desk waiting for a launch date. According to a report on BGR, the HTC M4 would be a higher-end mid-range device, featuring a  metal unibody chassis to house a 4.3-inch screen HD 720p resolution, which will play 400 Qualcomm Snapdragon SoC with two cores at 1.2 GHz and that comes with the GPU Adreno 305 and 1GB of RAM .

These Specifications are placing this unannounced device direct  in fight with the newly announced mid-range Xperia, the SP, which will anticipate the competition. However, despite good manners point, do not know if HTC will integrate Ultrapíxel camera again , given the problems to get the components which suffered the HTC One, and over all result of teh camera wasn’t even impressive as compared to the Advertising campaign launched by the HTC.

Thus we are expecting Mid-range HTC One to hit the market in early June or even in last dates of May this year. We bring some images of from the leaked transcript of the HTC.

Now Android 4.3 Jelly Bean update rolling out for HTC One in Canada