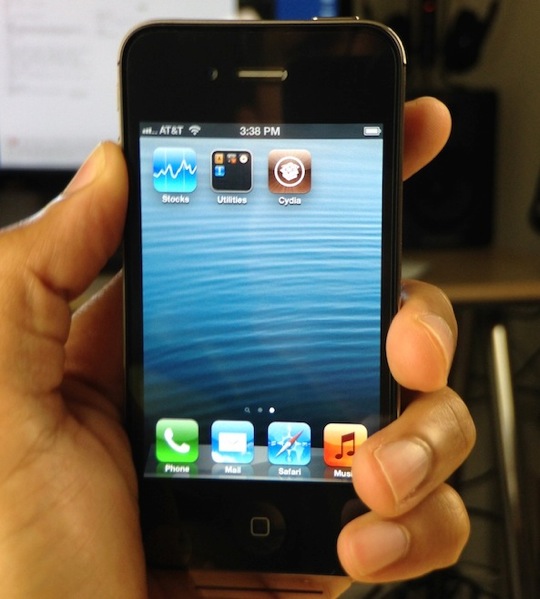 There have been too much rumor about the iOS 6.1.3 Jailbreak for iPhone 4S but this time the developer @Winocm has tweeted in his account that he has worked on Jailbreak for previous versions of iOS. In his tweet he has mentioned that he has successfully jailbroken iPhone 4S.

In a tweet the admin at Wincom claimed their efforts by quoting, ” Before you all go out and think I’m magically supporting all devices, the iPhone 4 GSM version barely works. And it’s the only one I made”. While acclaiming their own efforts they have done for the previous versions they have shown the Jailbroken iPhone 4S video which has been made by a guy at iDownloadblog and shared on their site. which can be seen at the end of this post. The iPhone 4S shown here has the iOS 6.1.3 Jailbreak but still there is no procedure shared with the public about how did they manage to Jailbreak iPhone 4S on iOS 6.1.3 untethered.

I now have a binary that untethers 6.1.3. Needs some more work though.

Here is the video proof.

How to Jailbreak iOS 6.1.3 using Sn0wbreeze.