A French tech blog has found some leaked images which they alleged to be the parts of the upcoming Apple’s iPhone 5S. The next most anticipated device for Apple fans and much needed after their fierce rival has just shown it’s trump card the Samsung Galaxy S4. Images shows that this iPhone will also have to face the same info leaking issue as the fully assembled iPhone 5 images were already online in early May 2012, while the phone was announced on September the 12th, 2012. This was the most leaked phone for Apple’s history after iPhone 4s.

We still didn’t found any source to verify the claims but the french blog that has posted them is known quite authenticated in leaking such stuff as they were the first to post images of the fully assembled iPhone 5 early in may 2012. The leaked parts of the iPhone 5S shows that the phone is in the designing process and when the production will continue we will have a chance to see more leaked parts but after seeing these internal fluxes we can guess the next design won’t be much different to that iPhone 4′s classic design which was even selected for iPhone 4s and little elongated one for the iPhone 5.

Apple however has stated on many different occasions that they will announce their next device in early June. 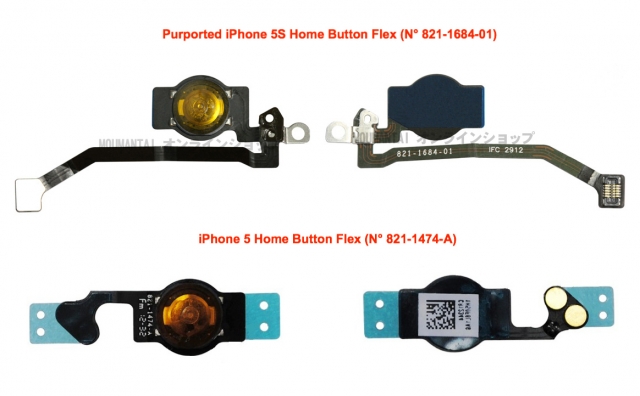