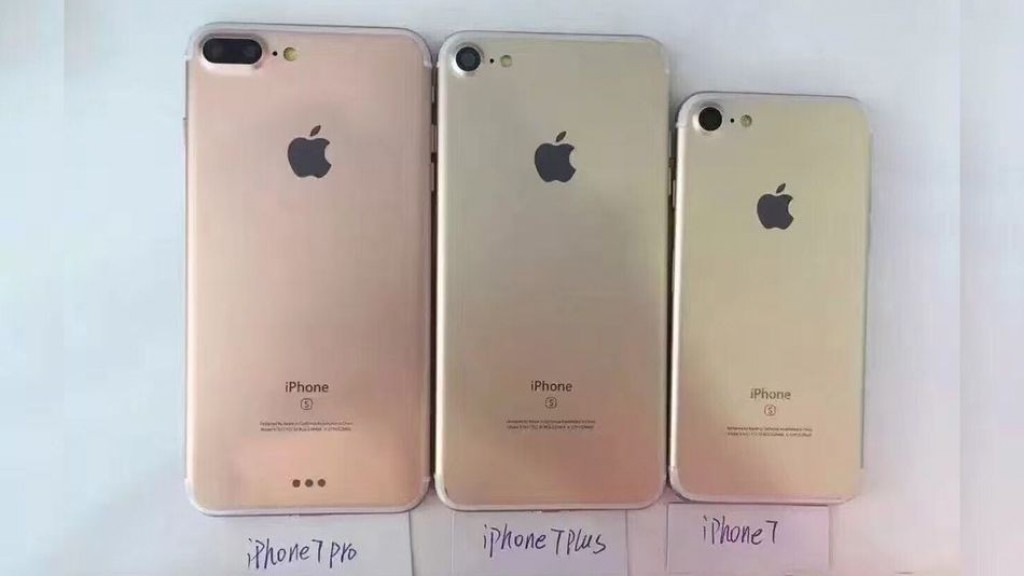 The developers at Apple are looking to unveil 3 variants of their next flagship smartphone iPhone. Well the leaked images by a Chinese blogger share all three devices side by side with their names written as iPhone 7, iPhone 7 Plus and the iPhone 7 pro. Apple seems to follow the footsteps of giant Android smartphone makers likes of Samsung, Sony or LG who seem more keen in releasing 2 or 3 variants of their flagship devices.

The recent iPhone 7, iPhone 7 Plus and iPhone 7 Pro images have been shared on China’s Weibo and later reported on a French blog, which confirms all the rumors that the future iPhone 7 comes in 3 variants. The most amazing thing here is the “S” written below the iPhone logo on the back of all three device here. 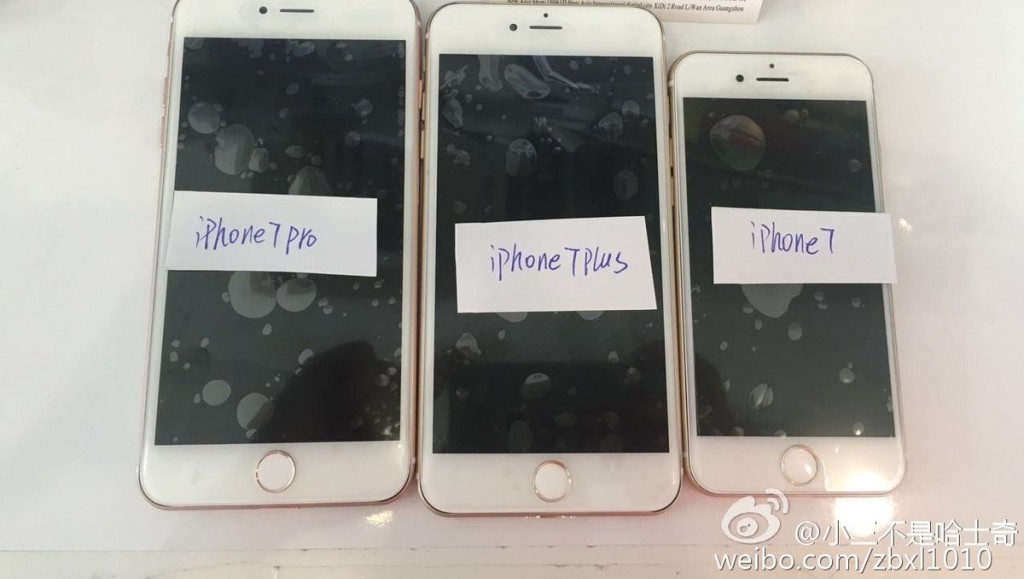 Assuming for a moment that these examples do reflect the reality (which is far from being proven …), so we would be entitled to an iPhone 7 equipped with a screen of 4.7 inches diagonally and a photo sensor single dorsal but much more imposing than the sensor of the iPhone 6s, iPhone 7 plus has a 5.5 inch screen and the same camera sensor as the standard model and finally an iPhone 7 Pro 5.5 inch dual camera sensor and Smart Connector.

We are looking forward to collect more data about these new leaks and bring it to you.