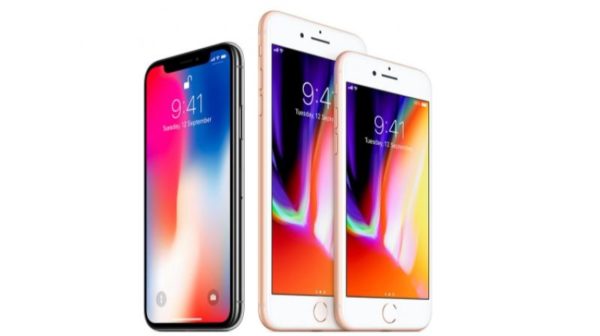 So iPhone being creating a history to release two handsets in a row.Apple has introduced  iPhone X and iPhone 8 and iPhone 8 plus  all over the globe.People are consciously waiting for the new iPhones now as they are already revealed so we have come up with the pricing of the iPhone all over the world.We will tell you the prices of the iPhones in different regions of the world.Below will be the list of the prices of the 64GB new handsets according to different countries.

The Apple 8 and 8 plus will be available for the users on  September 22 in Australia,Denmark, Finland, France, Germany, Austria, Belgium, Canada, China, Hong Kong, Ireland, Italy, , Switzerland, Taiwan, UAE, the UK, the US and US Virgin Islands,Japan, Luxembourg, Mexico, Netherlands, New Zealand, Norway, Portugal, Puerto Rico, Singapore, Spain, Sweden.Although the phone will be up for the preorder booking on September 15.

The Apple X would be available for the users on November 3  UAE, the UK, the US and US Virgin Islands,Romania, Russia, Saudi Arabia, Singapore, Slovakia, Slovenia, Spain, Sweden, Switzerland, Taiwan,China, Croatia, Cyprus, Czech Republic, Denmark,Hong Kong, Hungary, Iceland, India, Ireland, Isle of Man, Italy, Japan, Jersey, Kuwait.The phone will be up for the preorder booking on October 27.