A huge solar plant can power almost any place on the planet. Can such a project be implemented? Together with Gadgetsfind we try to find the answer.

An eight-day summer event in the Mojave desert, the Running Man Festival is a famous activity attended by many.  To build a permanent space, they came up with a solar mountain that could be made by a wide range of recycled materials from wood, cardboard boxes, and solar cell modules, and even non-toxic and recyclable plastics. This was suggested by engineers from Solar Mountain, which is one of ten projects of Fly Ranch, the permanent site of the eight-day Burning Man Day in the Mojave Desert in Nevada.

The organizers see it as a completely isolated project independent of the power grid. 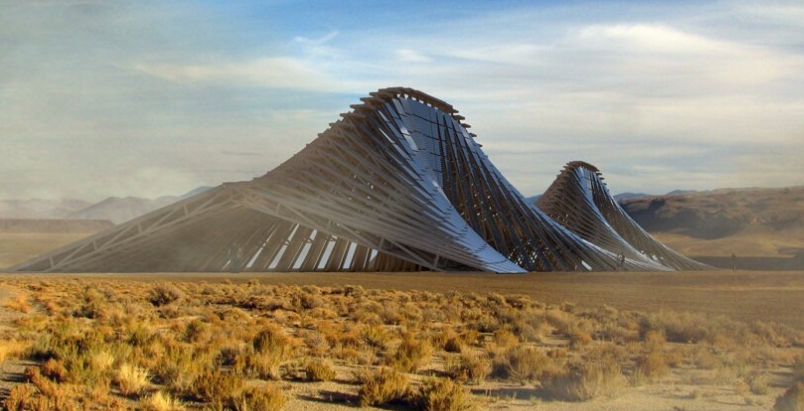 Thye LAGI Fly Ranch 2020 is organized to focus on the design and build the needed platform.

The project, which is called “Sun Mountain” by NUDES, is one of the most anticipated technology breakthroughs chosen to move to the next stage (the prototype design pace). If completed, the project is expected to generate around 300,000kw of clean and renewable electricity annually.

Each module of the planned Solar Mountain is composed of 182,300w solar modules with an output power of 1.2 kWh/day.

According to NUDES’s estimation, pure energy is 873 kWh that can be collected by four modules. This means that the solar mountain can generate 318,645 kWh per year to meet the needs of venues and other activities. The infrastructure will be made out of usable trash like wood and cardboard boxes and will be designed based on the net-zero principle. The structure will be the center of “art and interaction” inside the Mojave desert while providing renewable energy within the area and its neighborhood.

Once the project is realized, it will provide engineers and architects with many opportunities to change the world’s energy production. It contains a large number of photovoltaic modules covering the entire hill. The architect said that it was inspired by the natural landscape where Burning Man is located.

The company that develops the project believes that this unique structure is very much suited for the desert’s dynamic landscape which will be filled with man-made fountains, swamps, and other artificial attractions. All of these will be made with recycled materials and NUDES is planning to lower the cost as much as possible by minimizing the buying of new materials.

Sun Mountain will be composed of 182 individual 300W solar cells. By combining four such large structures, you will get 728 solar modules with a daily power generation capacity of approximately 873 kWh. According to NUDES, that amounts to 318,645 kWh per year.

The modular Sun Mountain can be built anywhere in the world, but there is still a long way to go. 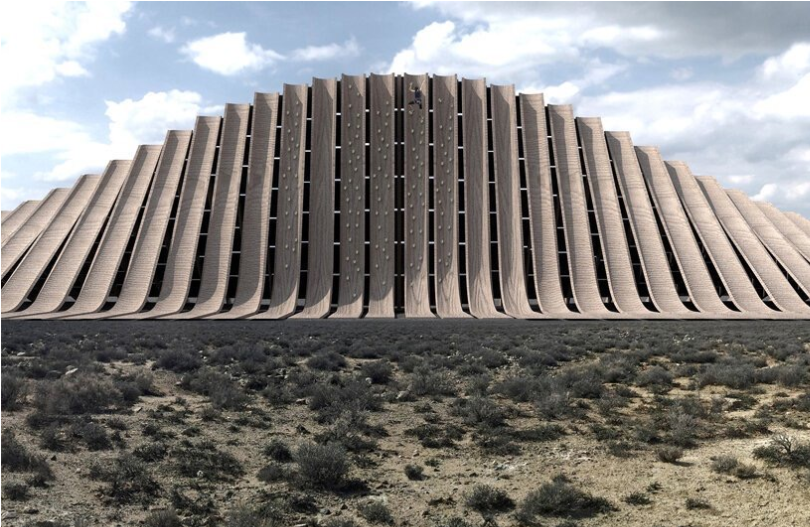 Can solar panels be built in the Nevada desert?

The growing concern of the worsening climate change has challenged scientists and climate experts all over the world to find solutions but the big question is, can they successfully utilize the power of the sun in one of the most extreme places?

The three climate experts and scientists discussed the unconventional concept of placing solar panels inside the arid region of the Nevada desert.

Tony Patt is a professor of weather conditions at the Swiss Federal Institute of Technology in Zurich. He leads the European Research Council to study whether the concept can provide most of the energy needed by the neighborhood and even the whole state.

“Power generation is good; in recent years, compared to thermal garages, it has matured significantly, which means that the heat obtained from solar energy can be used and stored throughout the day, for example for future energy supply. “

How to generate electricity continuously

“Power generation can be done in the Mojave Desert but not without some obvious challenges. When transmitted through the power line, it is lost. After transmitting about 110 miles, the energy loss is 0.03%. The biggest potential issue is that it may affect the normal lives of the nearby Native American camps. It is no different from the Keystone Pipeline. It can trigger protests about the environmental impact that the heat from solar panels can generate.

Solar energy is still more expensive than fossil fuel power generation. It is becoming popular but its expansion is always challenged by its high tag price.

“I am into large-scale solar energy production. It can be done, but not applicable in all regions especially in remote areas where power transmission lines are miles and miles in length. If I want to power remote areas, it is best to take an independent approach when people have their own solar panels or a group of neighbors.”

Can it be applied in any other desert like the Sahara?

As mentioned, solar energy is expensive and although many experts said it is free, it’s not. For Sahara where the distance is unimaginable, long transmission lines could be a major problem. Another factor is the politically divided region. Not all countries in the region can afford and also not all may be interested due to the distance and large price tag.

The Solar Mountain in Nevada is different. It’s inside one country only and is controlled by one government and although a long transmission line is still a problem, if its aim is to power only the nearby region, it is highly possible to succeed.

The solar mountain in Nevada is still a concept but if it could come to fruition, further studies and research are still needed in order to sustain its expensive maintenance, and if the power it generates can cover the cost of the maintenance. After all, people need energy and both inventors and investors are continuously looking for new ways and technologies to fulfill the growing energy needs.

It could be a small scale at first but it could be a massive power and energy source if proper technology and sufficient study and research are completed. 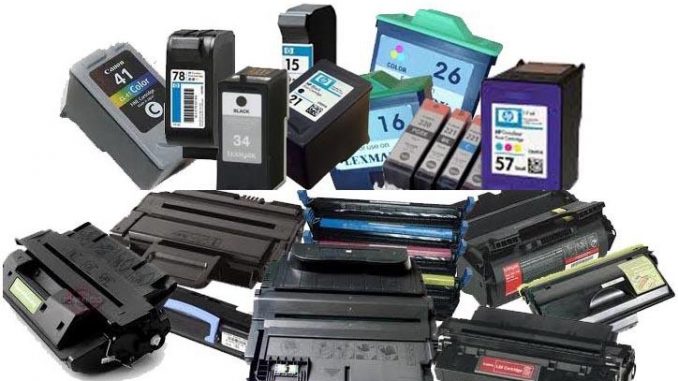 Four Things that You Probably Did Not Know about Toner Cartridges.