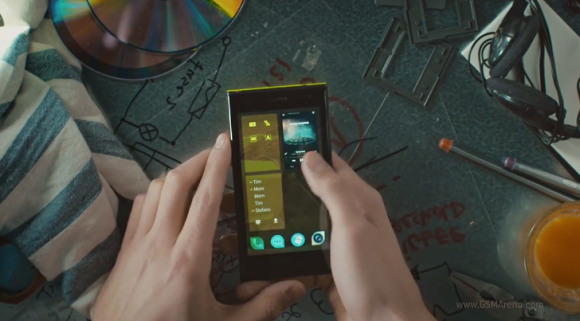 The Jolla company which has been originated by some ex-Nokia employees in order to keep the Nokia Meego operating system intact for the future smartphone device has finally announces their first ever Jolla smartphone running on a newly developed operating system called SailFish.

“The launch does not mark the end to product development, it goes on in cooperation with the consumers,” Jolla CEO Tomi Pienimaki said in the press conference held for the announcement of the first SailFish smartphone Jolla. The SailFish operating system is based on the same MeeGo platform which have been abondoned by Nokia in early 2011, when they decided to own the Microsofts Windows Phone OS as the base OS for future high-end Nokia devices. Though the company has carried on making low-end phones loaded with Symbian OS which was later named to Nokia OS.

The first Jolla smartphone however has been announced in the recent times got some mid-range specs despite the new OS. The Jolla comes up with a decent 4.5 inch qHD IPS display which has been powered by a Dual-Core 1.4 GHz Krait processor running on Snapdragon 400 chipset. This has been supported with an extra Adreno 305 GPU including the 1 GB of RAM for the device. The Jolla comes up in only one variant on the bases of internal memory and that is the 16 GB built in memory. But there is still the ability to extend the storage with the presence of micro-SD card slot up to 32 GB.

The device has the same mid-range 8 megapixel camera on the back while there is another 2 megapixel on the front of the device for video chat and for taking cool self images. Jolla is running on the MeeGo-succeeding Sailfish OS, developed by ex Nokia employees. It relies heavily on gestures and is able to run Android apps. The Sailfish OS comes with acess to 85,000 Android applications through its pre-installed Yandex store. Nokia HERE the famous Nokia Maps app has also comes pre-installed too. The latest promo video of the device shows the whole lot about the future gestured Jolla device.

Jolla has been made available in 9 different colors and the makers of the device let you choose any colored cover and change it, thanks to the removable back cover which helps you in changing the device looks and feel. The Jolla phone has been launched in Finland and it is available for €399. The makers have claimed that they will launch the device in over 135 countries world wide in coming future.