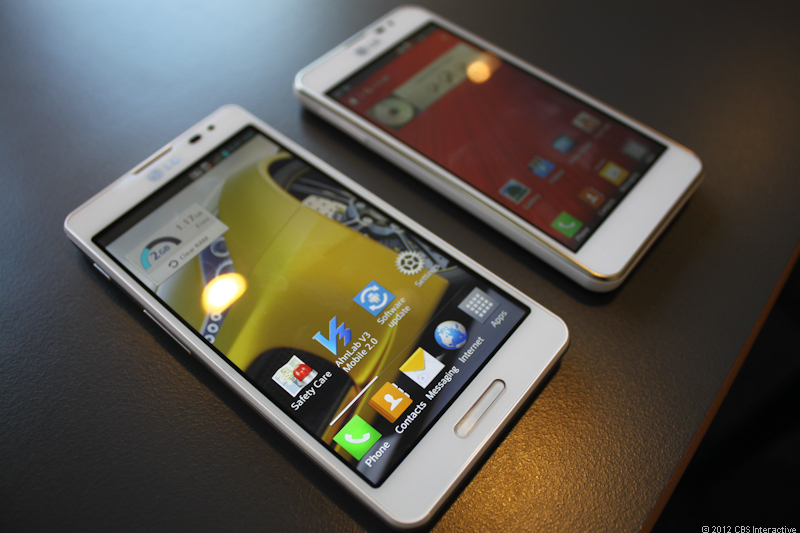 LG looks to keep the pace in the smartphone market with introduction of  two Mid-range LG Optimus F5 and LG Optimus F7 smartphones, which seems to be another useful addition to the list of LG phones announced in 2013. The devices support the latest 4G and LTE connectivity networks.

The LG Optimus F5 is a mid range smartphone which has a 4.3-inch IPS Display which has a resolution of 540 x 960 pixels with a 256ppi Pixel density per inch. The device supports the 4G/LTE networks. Inside the LG Optimus F5 there is a 1.2 GHz Dual Core processor with 1 GB of RAM which is quite enough for this mid range performing device. There is only one variant with 8GB of internal storage along with the option of microSD card support that can extends it to an extra 32GB.  The Device came up with a 5 Megapixel camera at the back and another 1.3 megapixel camera at the front which supports video chatting apps. The device is loaded with Android 4.1.2 Jelly Bean with the LG User Interface layer over the lock and the home screen.

Here you can find the detailed feature list of LG Optimus F5 4G-LTE:

The LG Optimus F5 will be available in the 2nd Quarter of 2013, somewhere around July. 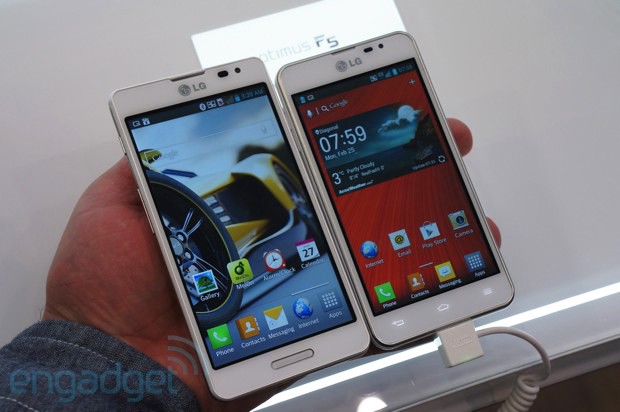