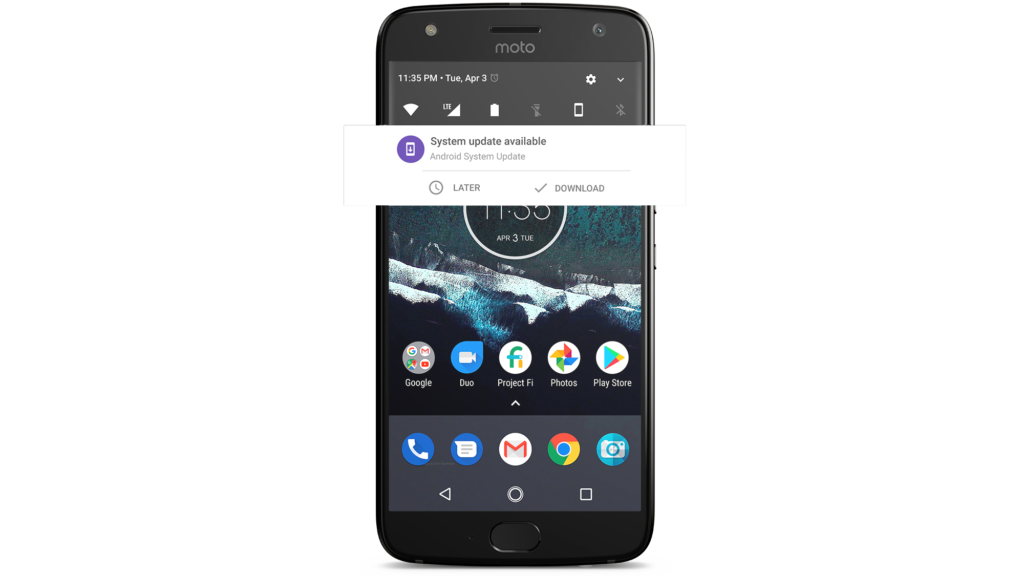 Hello Moto! is now having some real great stance that it is official now and this time its true because there are rumors in the start of the month and the debate for X4 had been started back in June of this year. But now  it’s finally official – the Android One  Moto X4 will come to Project Fi. As with all Android One phones, it runs a pure Android experience without any bloatware.It is the first Fi’s Android One phone.

The Android One version of the X4 is a little different than the one Motorolla is selling in Europe and other parts of the world. It has a genuine Android experience, which means that it lacks some of the enhancements that Motorola adds to its Android phones. If you have an old Nexus device, you will be able to trade it in and save up to $165. Moto X4 will be available at $399 on Project Fi. If you have started the purchasing process before October 5, you will also get $50 of Fi credit.

The Fi Moto X4 is launching with Android 7.1 Nougat, but Google also had said that  an update to Android Oreo will be available before the end of the year. Another interesting fact about the handset is that the Android One Moto X4 will be among the first phones to receive Android P when it will be released.Hopefully the carrier will continue to offer more devices but this will be considered as a good initiative which will be continue and the Project Fi will introduce some more economical handsets.