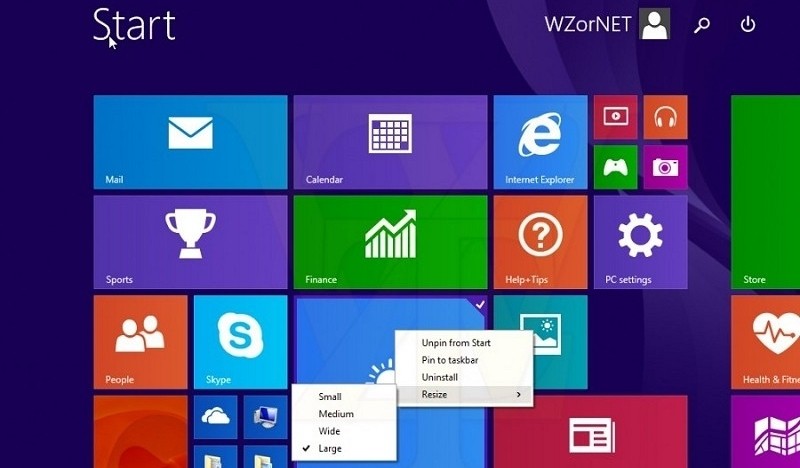 So with the appointment of new CEO for Microsoft Satya Nadella,  we have other good news for old Windows lovers who have always described the Desktop interface as the best for their love for Windows. Yes this time the latest update for the Windows 8.1 Update 1 has been leaked and a Russian well known info leaker “Wzor” claimed that it has the feature of direct booting to desktop, instead of the new metro Apps User Interface which first introduced in Windows 8.

The new Windows 8.1 Update 1 can be found easily on many torrent sites which is packed with the new enhancements regarding the keyboard and mouse users who have been found 50% more then the ones using Windows 8 or Windows 8.1 on their touch enabled displays. So this made developers at Microsoft realize that the features like direct booting to desktop must be enabled in this update of the Windows.

Other than this as seen in the image above you can customized your metro styled tabs in new shapes and sizes as there are new options added including the small, medium, wide and large. The most expected change which every one was discussing earlier was that the small title bar for Microsoft’s Windows 8– style apps with the added options to close, minimize and to snap apps side by side using the mouse pointer. The new start screen responds well on the right click and shows even more options, responding to the actions for the live tiles. 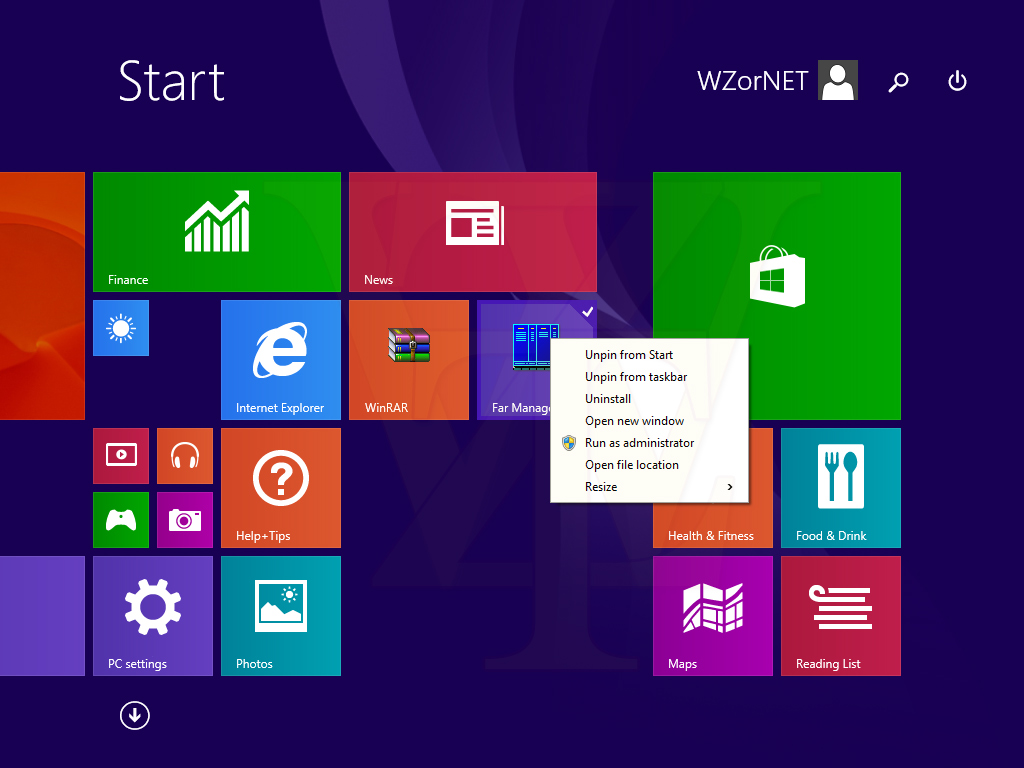 Beside all these informations leaked by the source the report didn’t mentioned about whether boot to desktop is now activated by default instead of being opt-in, as it’s been since the release of Windows 8.1 in January. This has been rumored in recent days and would be an interesting reversal for Microsoft. In the same vein, Microsoft is reportedly considering bringing back the full start menu in future updates, along with the ability to run Metro apps in windows on the desktop.

Meanwhile we suggest you to wait for the official update if you have the original Windows 8.1 installed in your PC. The Windows 8.1 Update 1 will be made live on March 11th, though it is not confirmed yet but many acclaimed spy sources claim the same date for this much needed upadte for the windows devices.