Nexus 5 is one hard smartphone to keep secret by Google but Despite the best efforts of keeping secret they suddenly made a surprise appearance in their own unveiling videos. The Nexus 5 is expected to be manufactured by LG. The LG made Google Nexus 5 was presented in the headlines for quite some time with or without the Android 4.4 KitKat mention. But now again it unveil with KitKat. The image above allegedly depict the upcoming phone; they were purportedly snapped at a bar where a Google employee was according to the report. clumsy enough to leave it charging unsupervised.

On front view we can see a front facing camera in the upper left which was presented in the FCC’s photos as well as larger circle in the middle of the photo’s top that you can also see in the FCC’s shots. The curved top and bottom of this device also lines up with previous leaks. Video display the device with a pattern lock screen also. 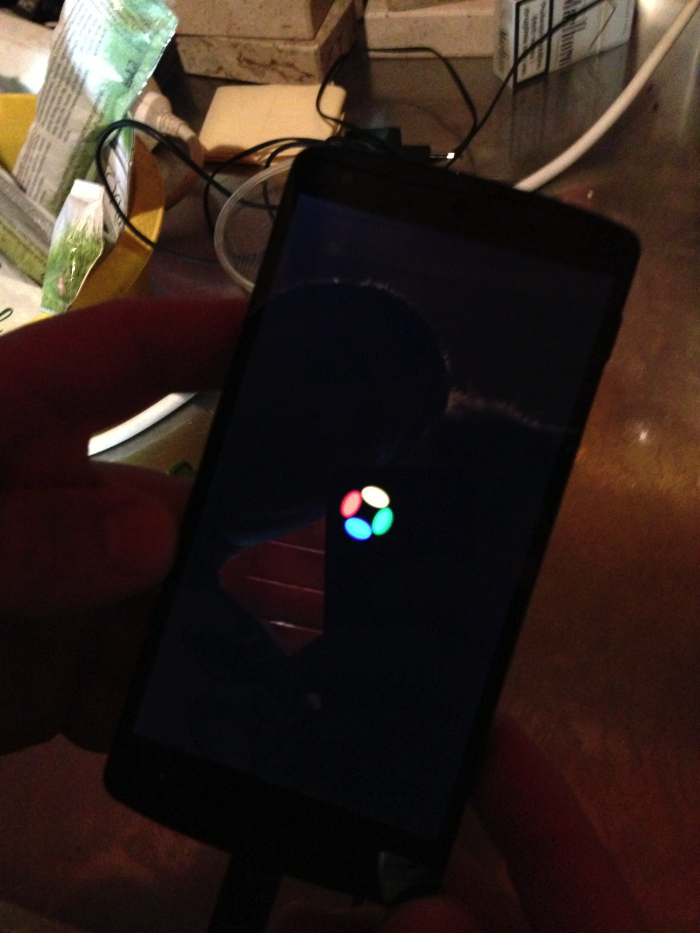 The Nexus will come with a 2,300 mAh battery, quad core Snapdragon 800 processor and a 13 megapixel camera with optical image stabilization. looking likely that it has 5-inch display and It comes in at 5.19 inches in height and 2.69 inches in width. It supports 4G connection.

The Image seems to be showing the Google color blobs like you would find on an HTC One or Samsung Galaxy. 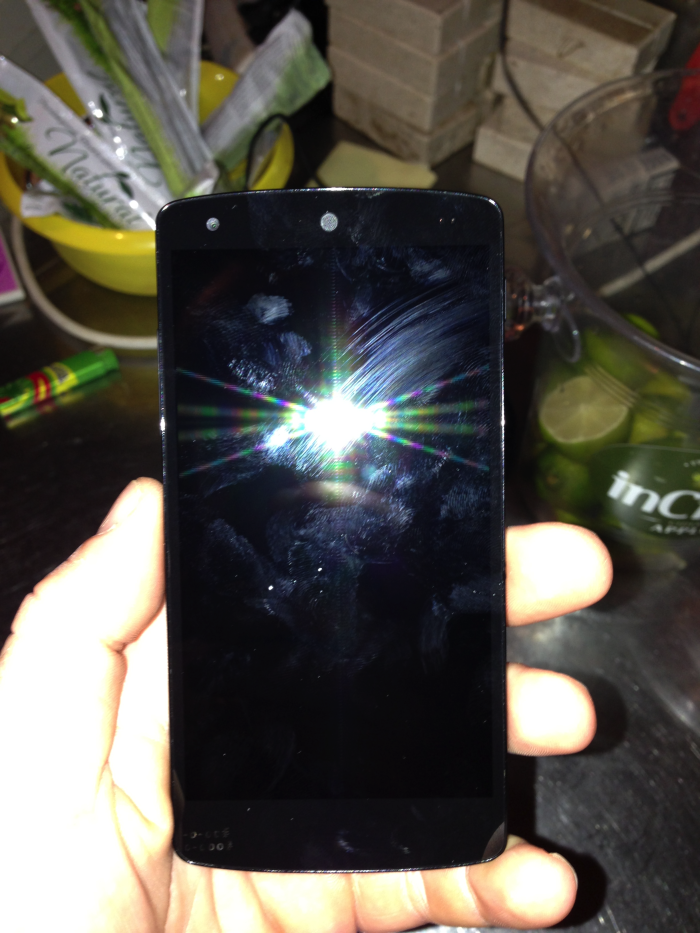 Assuming this leaks it could well be the the next Nexus smartphone from Google and LG. If this is true than it is going to be awesome, it not bad with all its specifications.