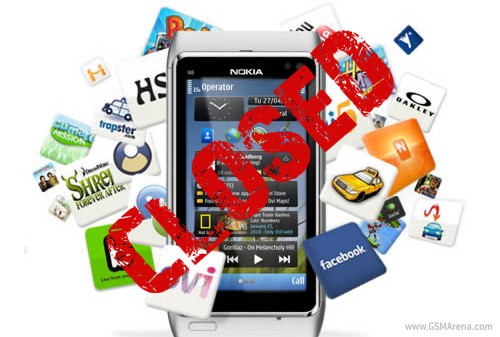 Is Nokia really ending support for MeeGo and Symbian on January one?

But as well, we know that there are countless loyal fans out there still using the handsets, probably right now they are being very vocal that the platform is effectively being switched off. It will not be easy to let it go away for developers on Nokia officially decision . Nokia have access to the traffic and download stats for their Stores, so will be aware of the volume of users till using the Stores for third party applications.

In the same way there a problem of certification will arise, as many higher functions require an app to be signed off by Nokia to appear in the app store and there capabilities will also not be available to the developers

The developers will certainly need to push their last updates to provide as much functionality as possible. On other side the developers and fans as well believing that it is being pushed towards retirement much faster than it needs to be. Certainly, this is going to make a cause for Symbian fans.

But don’t think its a Nokia end as Nokia still has the big plans for Windows phone apps too.

Nokia X will be the final name of the Nokia Normandy the first Android device by Nokia.