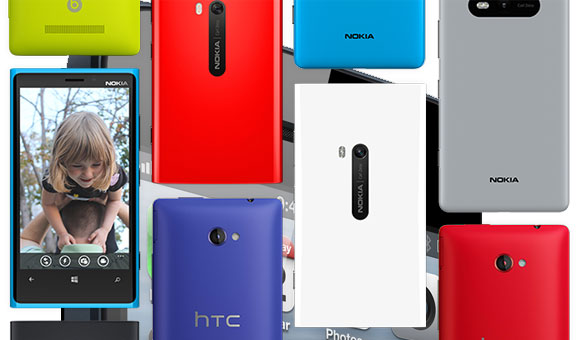 Most of the developing markets are the new target for the smartphone vendors and the sales competition is getting stiffer even for the most successful smartphone makers like iPhone. According to a recent sales report from the International Data Corporation, the smartphones sales have skyrocketed in the Middle East.  The sales volume has shown an immense increase with the ration of 16.4% as compared to the same period last year.

The Q2 sales in 2013 shown some great signs not only for Android devices especially Samsung and HTC but the most interestingly the main Windows Phone makers Nokia found ahead of the both Android and iOS in terms of sales in Middle Eastern countries. The report shows that the Nokia sales share are around 45%  of overall handset sales including both smartphones and feature phones, followed by the most smartphone makers Samsung with total 18.3% shares in the 2nd Quarter sales.

The inclusion of new mid range Windows 8 phones in the Lumia series likes of Lumia 620, 625 and 520 made Nokia get the higher market sales with the climb of 11.8% in 2nd quarter of 2013 as compared to the increase of 9.7% in Q1 2013. While the iPhone Sales drop to 11.4% in the Middle Eastern markets. Surely it is due to the expected announcement of the next gen iPhone which we saw in the shape of iPhone 5S and iPhone 5C.

However Android still remains the top operating system in this part of the world as well, and with the launch of Samsung Galaxy Note 3 the sales figures will climb even higher because the Galaxy Note series phones have been always popular in this regions as mostly Arabs like to have BIG things. On the other hand Nokia also want to cash in with Nokia Lumia 1520 which will be first ever 6-inch Full-HD display Windows Phone. The 4th quarter report will be even more interesting to discuss.