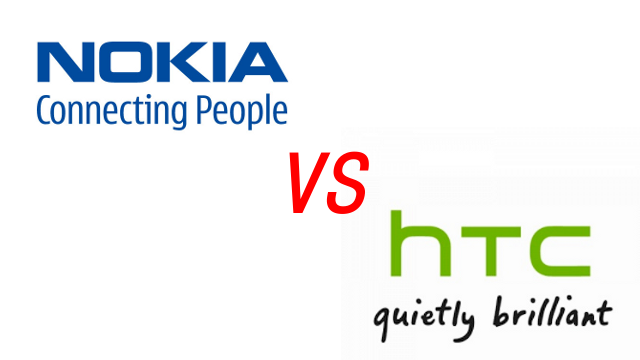 The patent war has been all over the place for ages now and the famous battles were fought on high grounds between Apple and Samsung in which both Billions of Dollars of injunctions over their opponents. But now we have found some more news on a lower level as HTC One’s Audio recorder which the company has acclaimed to be the “Dual membrane HDR” voice recorder quite proudly has been found the same as the one present in recent Nokia Lumia series smartphones. Nokia also claims that they use the same chip in their camera Flagship Nokia 808 Pureview smartphone which had the best sound recording experience in addition to the superbly awesome 41 megapixel camera.

Nokia heads on to the court in Finland when they discovered their very own microphone in one of the HTC One disassembled video. Later they brought one and checked it in their own factories and found the same mic which was recently used in the Lumia devices.

The Reuters have reported that the Dutch court has granted Nokia an injunction against their rival HTC and the company who supplies these microphones, the ST Micro has been forced to not to sell that special dual membrane HDR voice recording component to HTC till march 2014.

Nokia said in their allegation files,  “HTC has no license or authorization from Nokia to use these microphones or the Nokia technologies from which they have been developed,”. While HTC in response also emailed their statement to the news agency which reads as,  “We are considering whether it will have any impact on our business and we will explore alternative solutions immediately”

HTC has been already found quite struggling with it’s components for it’s most anticipated smartphone of the year the HTC One. The device has been already suffering a delay of over a month as its launching date was set to be in last week of March.

Nokia and HTC  has already a long history of patent issues as last Spring, Nokia filed a number of patent injunctions against HTC both in the United States and in Germany. Nokia claimed that HTC was using 32 of their patents without a license. However, HTC has made multiple attempts to fight back, even through its own offensive actions.

Lets see what happens in the future between these two giant smartphone makers.