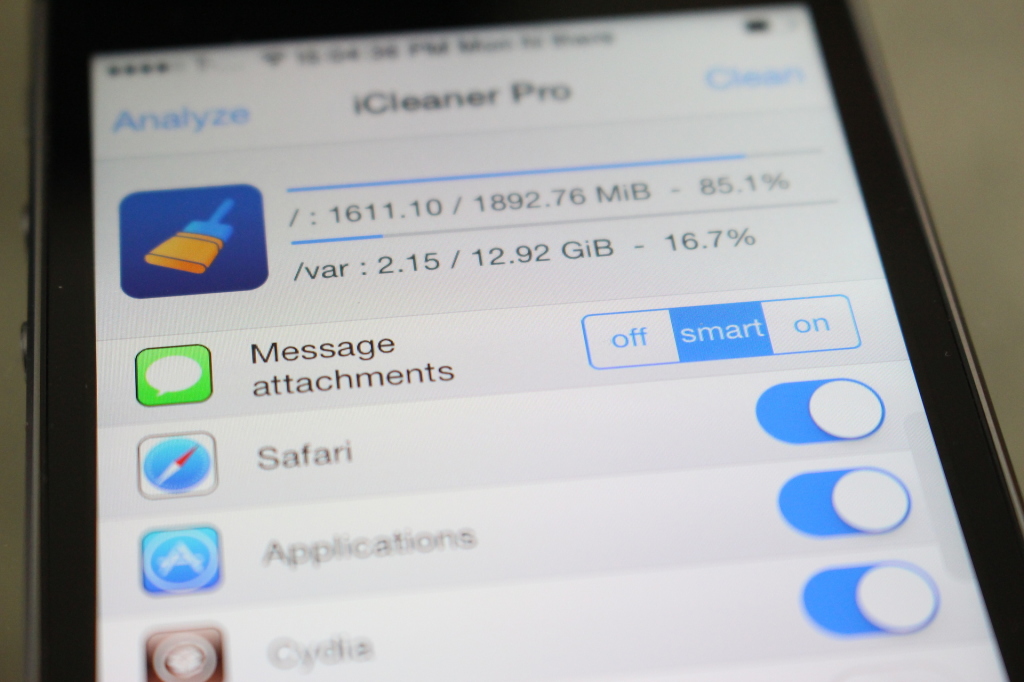 The iOS 8 Jailbreak is out, thanks to the Chinese jailbreak team Pangu for introducing it that early. The iOS 8 jailbreak is not so stable yet and many tweaks that have been seen as the most important ones on Jailbreak devices are not yet working tweaks on the Cydia installed on the iPhones, iPad and iPod Touch. You can Install the latest Cydia 1.1.13 right now and check out the list of working Cydia tweaks that are currently working with the Latest iOS 8 Jailbreak devices.

Among those iOS 8 jailbreak tweaks that are working currently is this OSLite8 which has been designed for the iOS 8 jailbreak devices. You can get it form the Cydia app store. It is recognized as the best cydia tweak to clean up all the junk files pilled up by apps used to occupy a lot of memory on your iPhone, iPad or iPod Touch.

The tweak has been introduced by the BigBoss repo and is available at Cydia store for free. You can download the OSLite8 tweak which is updated and as the name suggests it is designed for the iOS 8 jailbreak devices including all the iOS 8.1 updated devices as well. To jailbreak your iOS 8 – iOS 8.1 devices you can read this guide. One thing to keep in mind is that you have to install the latest Pangu8 v1.1 tool to get the Cydia app working properly.

How To Cleanup Apps Temporary Files? 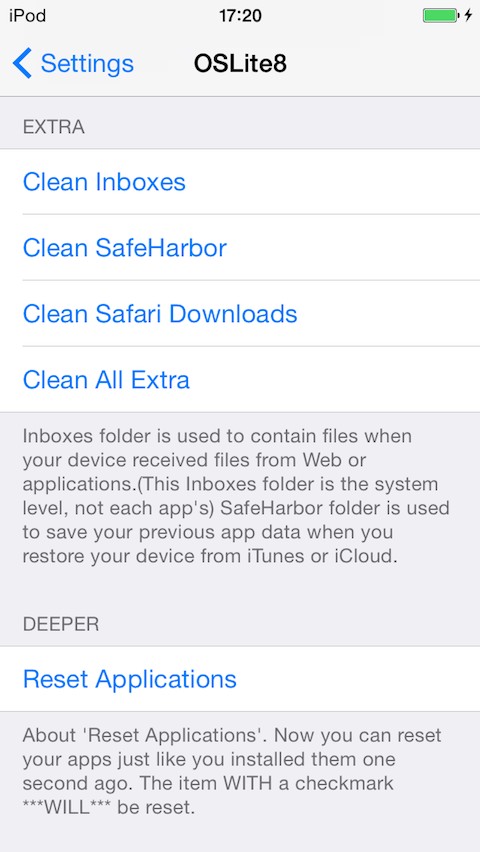