Download and install the latest May 2020 update of the famous PUBG Mobile Game for Peace 1.7.7 Apk. The latest Chinese branded version of the PUBG Mobile China apk brings the most needed changes in the game. With a new Miramar Sand storm map and a bunch of new guns. The Game of Peace Apk is also catching up with the official PUBG Mobile Global version.

The New PUBG Mobile – Game for Peace Apk for your Android devices. It’s a whole new game by Tencent Lightspeed and Quantum Studios in China. You can download Game for Peace Apk +OBB /Data files from here with a whopping size of 1.9GB.

The official game developers in China, the Tencent Lightspeed & Quantum studio have officially removed the PUBG Mobile game from their stores in China. But launched this new Game for Peace latest apk for Android. This is a refurbished version of PUBG mobile just to bring some peaceful messages in the game. As authorities in China are considering the previous PUBG Mobile as a violent game for kids.

Due to the recent Government policy changes, PUBG Mobile in China has been reLaunched as an anti-terror themed game where defeated players say goodbye when they die. 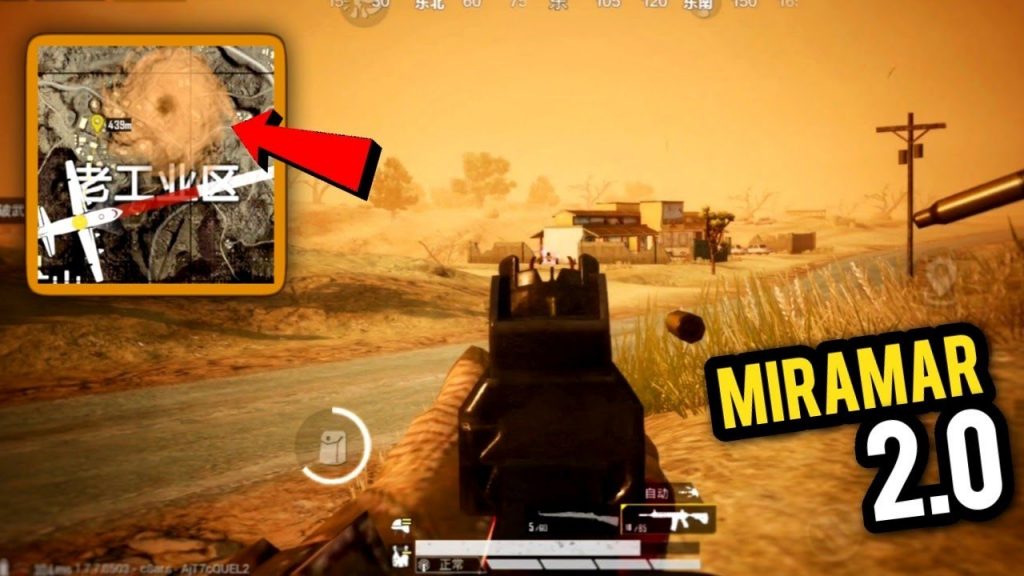 1) Scene adjustment: New oasis area in the north of the map, new ruined city area in the northwest, part of the wilderness area and roads are added to the whole map, and a speeding track is added throughout the map
2 ) Building adjustment: Adjusted the structure of some buildings
3) Exclusive firearm adjustment: Win94 sniper rifle has its own unique 2.7x mirror and will only be brushed in the desert map afterward
4) Exclusive new loading Tools: Golden muscle sports car, only one car is painted in the villa area on the whole map
5) Exclusive interactive objects: vending machines, which can randomly obtain energy drinks or painkillers 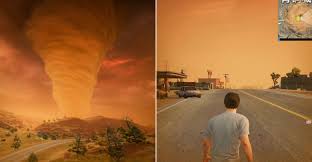 1) Arms Regiment Competition: 4V4 competition, the initial weapons are the same, upgrade your own weapons by continuously eliminating opponents, and finally use the ultimate weapon pan to take the lead in eliminating opponents or the side with the highest score at the end of the countdown will win the game
2) Exclusive map-library: first Indoor scene map, symmetrical structure, three attack and defense routes on the left, right and right. Quickly find your current weapon behind the library platform, doorway and bookshelf The point of the position can help the special forces to counterattack when the weapon is weak

1) Circle-in-ring mode: dual-signal receiving circle, outer circle and inner circle appear simultaneously on the island map The layers are within the safety zone. Players will lose their signal values ​​when they are outside the outer circle and inside the inner circle. After the ring shrinkage is completed, the inner layer circle becomes the next safe zone. In this mode, the strategy and tactics are more tested, the luck component is reduced to a certain extent, and the game rhythm is more compact and exciting
2) Exclusive experience adjustment: the refresh rate of the full map material is increased by 50% compared to the classic island map, saving teammates ’ The time is shortened to 4 seconds
3) New play method in the creative workshop-the circle in circle mode will be counted into the ranking points.

1) When the history reaches the immortal star diamond level for the first time, get the star diamond imprint and open the ace road function. After the player reaches the glory crown rank for the first time, he will get the crown mark
2) When the player reaches the super ace rank, he will get the ace mark with the identification of the number of historical ace, and each season can get up to 1 ace mark
3) In personal information , The lower left corner of the hall will display the current imprint icon, and display the imprint special effects when entering the team. When you are born on the island, you can see the imprint special effects above the teammates
4) Click the ace imprint icon in personal information to view the ace of the ace Road, show the records of the seasons that have won the mark

Due to the delay of the Apple Store, the iOS version may be delayed releasing on App Store, apologize for any inconvenience.

“Game For Peace Tencent” is a military competition mobile game created by Tencent Lightspeed & Quantum Studios. It pays tribute to the Sky Warriors who protect the national airspace.

[Tencent Health System] The “16+” pilot, will start test run in “Game For Peace”, and users who are above 16 years old will be able to obtain login authorization.

Please empty the storage space for at least 5G to install the game!

With the re-launch of the PUBG mobile into a different game named, “Game for Peace”. It still made some really good grossing profit figures by adding another $14million into the Tencent accounts in just first 72 hours after the new launch.

Due to recent government policy changes, PUBG mobile in China has been relaunched as an anti-terrorist themed game titled “Game for Peace”, where defeated players don’t die but simply wave their hands to say goodbye pic.twitter.com/DFNP74Wkh9

How to download and Install Game for Peace Apk with OBB/DATA files outside China:

For all PUBG Mobile players or fans who are not from China but they want to play this Game for Peace. You can follow the instructions given in this guide to Download and install Game for Peace Apk along with the OBB /DATA folders on your Android devices. 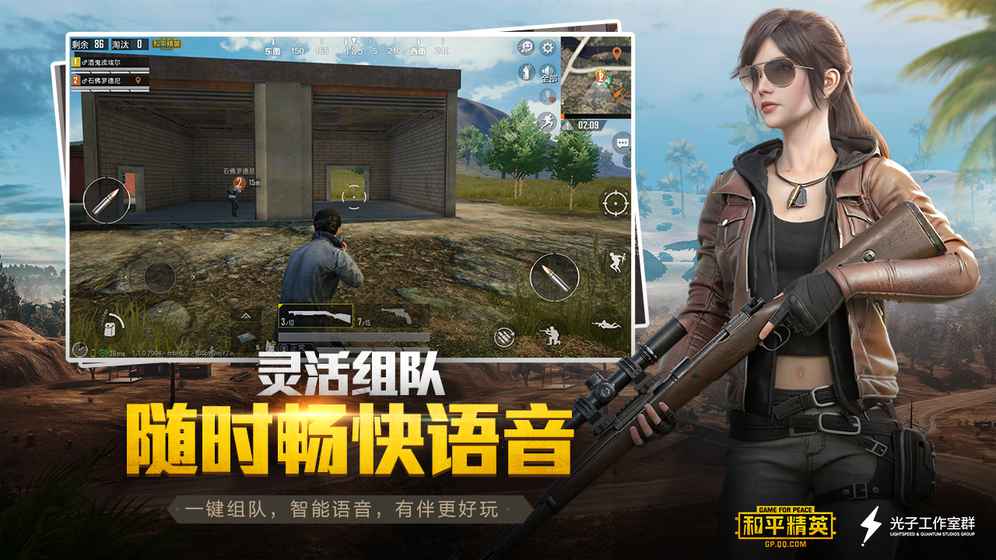 That’s it. You have successfully downloaded and installed the Game for Peace -New PUBG Mobile Apk for China. 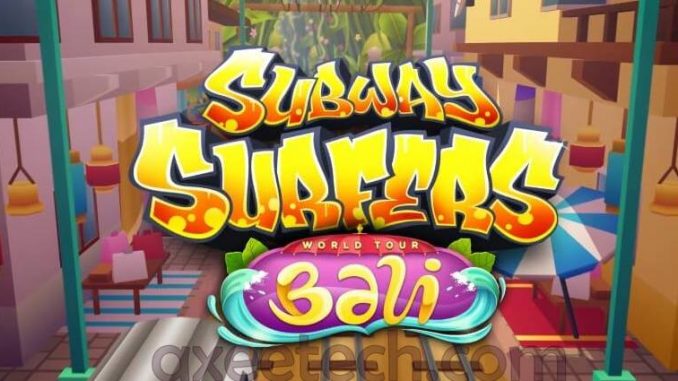 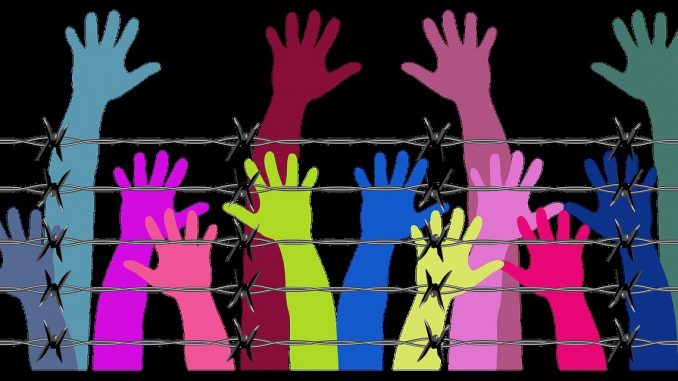