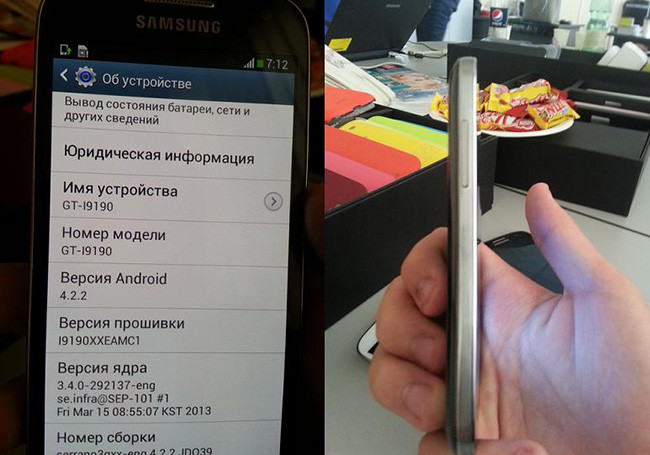 You might have witnessed a couple of days ago some leaked  pictures of the S4 Galaxy mini ,The most obvious smaller version of the Samsung Galaxy S4. As the images hit all over the web. The rumors were more obvious when the Samsung Galaxy S4 mini shown in the official Samsung site suggesting 4 different versions of the device to hit the market later this year.

The code-name of the device and the official model will be GT-I9190, as stated in the Samsung support page. However there are 3 more different models pointing out different variants expected. GT-I9192 will be a Dual-SIM supported device while the GT-I9195 will be named as the LTE version of the Samsung Galaxy S4 mini. As we have seen the Dual-SIM leaked images of the Galaxy S4 earlier so we expect a Dual-SIM supported version may hit the platform too. 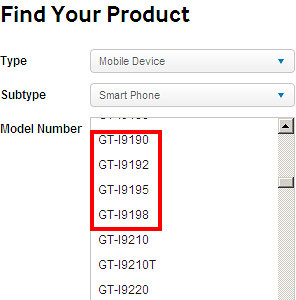 The GT-I9189 will be a China version mainly focusing the Chinese market and the support for the language and their typically designed  Chinese apps that will enhances developers capabilities to cope with ever increasing demands.

The other specs sheet seems to be same in all versions as the device is expected to have a 4.3-inch qHD (960×540) display packed with a Dual-Core processor which clocks around 1.6GHz and all versions will have Android Jelly Bean version 4.2.2 on-board.