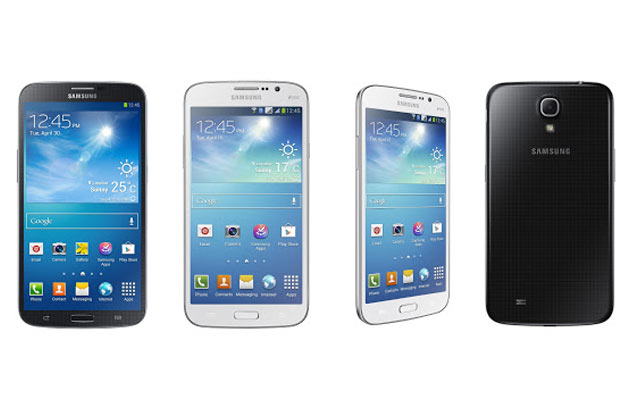 We heard a lot of rumors about the MEGA project Samsung was working on, and they didn’t let the rumors down and introduced 2 new smartphones which we like to nominate a new species of smaller tablets because Phablet is an old term and the phone size are even increasing. Specially the one with a 6.3-inch display is far bigger than the size of 75% of human penises, as a writer reportes at Gizmodo.com

Samsung wants to make smartphones of every size possible. Both these smartphones have that identical look of Galaxy S4 and introducing them before the release of Samsung’s most anticipated device is totally meaningless. But this is the Samsung philosophy and they already show their ambitions of making 500 million smartphones this year.

As suggested by the name of these devices ” MEGA “, they really mean it when you first look at them, The Galaxy Mega 6.3 reaches a screen diagonal of 6.3 inches while the Galaxy Mega 5.8 holds a display of 5.8 inches. Both of them have the same software ingredients as that of Galaxy S4. A polished Samsung TouchWiz user interface over the brand new Android Jelly Bean 4.2.

We start with the bigger one as Samsung suggests that the bigger is better. Samsung Galaxy Mega 6.3 possess a huge 6.3 inches TFT capacitive touchscreen display that has a screen resolution of 1280 x 720p that has a 233 ppi pixel density. The device is packed with a 1.7 GHz Dual-core Exynos 5250 Cortex-A15 chip supported by 1.5 GB of RAM. The Mali T-604 GPU is also inserted that helps the heavy gaming and graphics to run smoother.

In this case of connectivity the Galaxy Mega 6.3 have full connectivity to LTE . The device has a 8 megapixel rear camera with Flash support and a 1.9 megapixel front camera. This huge Mega device will have 2 variants on the basis of internal memory that is a 8 GB model and the other 16 GB model. The micro-SD card support is available in both devices that can support an extra 64 GB of memory.

The battery in this case it leaves us a good taste, with 3,200 mAh capacity . 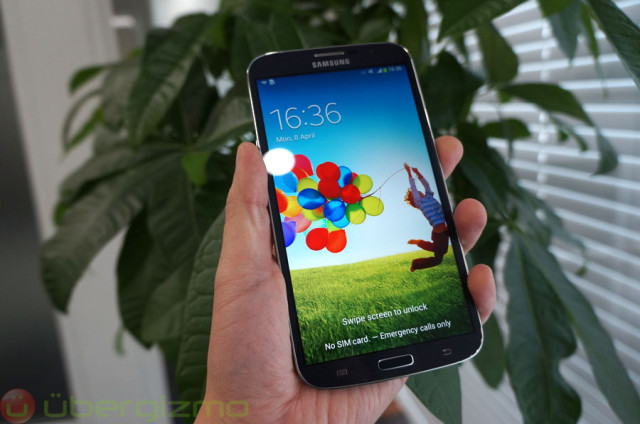 The Samsung Galaxy Mega 5.8 is considered to be the younger brother of the Galaxy Mega 6.3 due to the identical looks they both have and made with the same material But have a great difference in specifications. The Galaxy Mega 5.8 is considered to be a mid-range device with it’s 5.8-inch qHD TFT touchscreen that has a resolution of 540 x 960 pixels with a very low 190 ppi pixel density which is an intermediate level screen display as compared to modern Android High-End devices possessing 440+ ppi pixel density displays which shows so clear and vibrant images.

In addition to that , there is a  dual core processor with a clock speed of  1.4 GHz which is  accompanied with 1.5 GB of RAM. No reports of GPU, while the device has no LTE connectivity feature as well despite the high demand. However you can connect with HSDPA +.

This model also have the same 8-megapixel camera at back and a 1.9 megapixel at front. It came with and internal storage of 8GB also provides the opportunity to increase it up to 64GB with the support of a micro-SD card. The phone comes up with a smaller Li-Ion 2600 mAh battery.

So far little information on availability and prices, since Samsung has not released any statement about the value of these devices, although it has announced that they will be available in May to the main markets around Europe .

Keep in-touch for more news about these Galaxy Mega Devices.