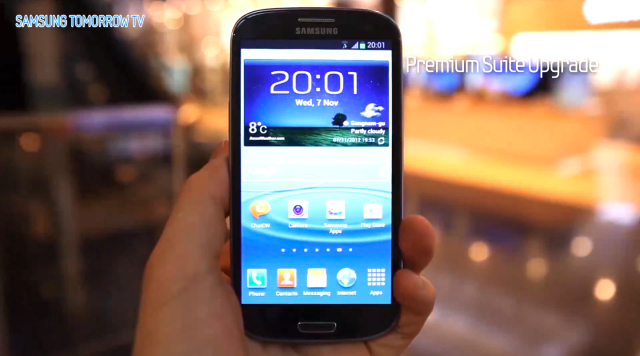 Samsung Galaxy S3 has been the most sold out smartphone ever made by Samsung. With over 50 Million sales till now the Samsung Galaxy S3 can also be regarded as one of the best smartphone till now. Samsung also proved that they don’t want to disappoint their loyal customers with releasing the Premium Suit MD4 update for their Galaxy S3 devices. The update will arrive for the Sprint users first that is today, and later it will be available for other carriers in United States.

As mentioned on the official sprint website this upgrade will bring all the tweaks that most of the folks have injected in their Galaxy S3’s via 3rd party developers which include Multi view support, home screen security fixes,new looks and arrangements for the gallery and camera apps, the paper artist app and last but not the least the enhancements made for the SMS applications.

All the users with the Sprint variants of the Samsung Galaxy S3 will be automatically prompted to download the update or in any case if you are ignored by the company you can do it manually by following these steps.

Better be using WiFi because the file may be large and it can suck your whole data plan, Or if you are among those enjoying the truely unlimited data plan you can carry on with your update any where.