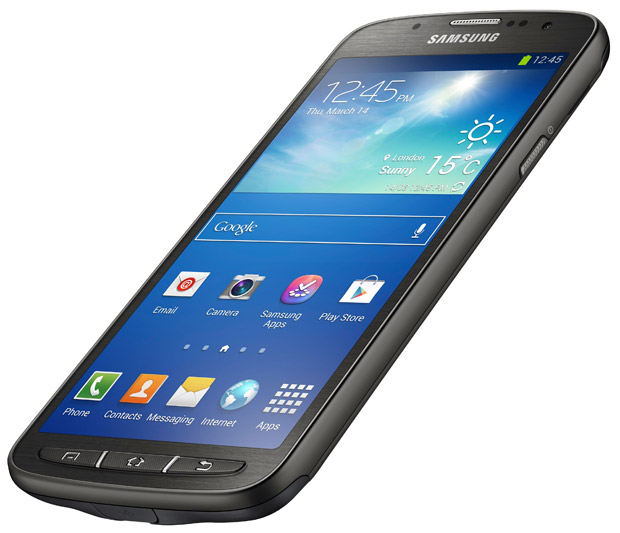 The Samsung Galaxy S4 Active codenamed GT-I9295 has most of the specs similar to the original Galaxy S4, Including a powerful Quad Core 1.9 GHz Krait 300 processor which is likely to be  on Snapdragon 600 chipset. Moreover the device will be supported with a Adreno 320 GPU alongside 2GB of RAM, this surely is nothing less than the original Galaxy S4 specs sheet and for sure this is the immense power enclosed in the steel cage body. The screen is 5-inch TFT capacitive touchscreen supporting a Full-HD LCD Display 1920 x 1080 p with a 443 ppi Pixel density regarded the same as found in the Galaxy S4. 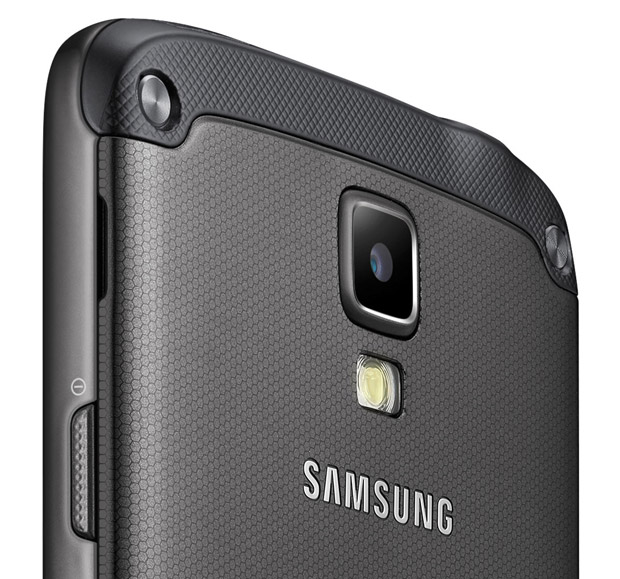 The device comes up with a 16 GB Built in memory supporting an external 64GB via microSD card slot. The Galaxy S4 Active is also loaded with Android 4.2.2 Jelly Bean with an overlay of the latest Samsung’s very own TouchWiz user interface. The only degrade feature is the camera which has been lowered to 8 megapixel as compared to 13 megapixel found in Galaxy S4, however the camera has all the features loaded with the capability of taking shots 3264 x 2448 pixels and recording Full-HD 1080p videos at 30fps. Beside all that a new feature included in the camera named “Aqua Mode”, which helps in increasing visual quality and clarity as you snap photos underwater. 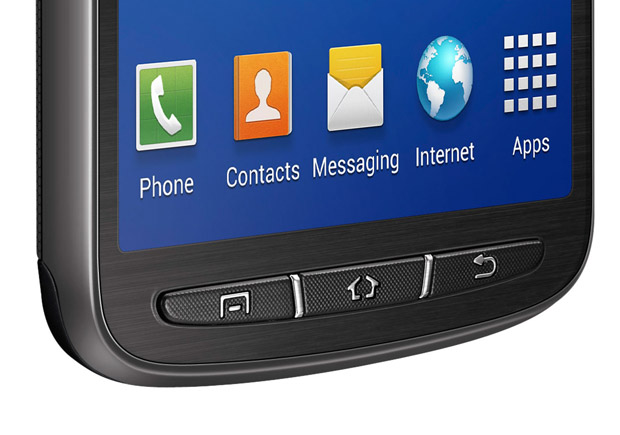 Other mainly notable new features include the glove touch sensor, which helps in operating the Galaxy S4 in all conditions with covered hands and fingers. The inclusion of Home, menu and the back buttons which are made of rubber. All other Samsung’s TouchWiz suite like Air Gesture and Air View, and the entire camera suite from the regular Galaxy S4. On connectivity the device supports all HSDPA+ and 4G LTE networks.

The Galaxy S4 Active will be available in United States and Sweden at the launch date and will come in three different colors including Urban Gray, Dive Blue and the Orange Flare. The images of the Samsung Galaxy S4 have been posted below. A rough specs sheet chart of the Galaxy S4 Active. 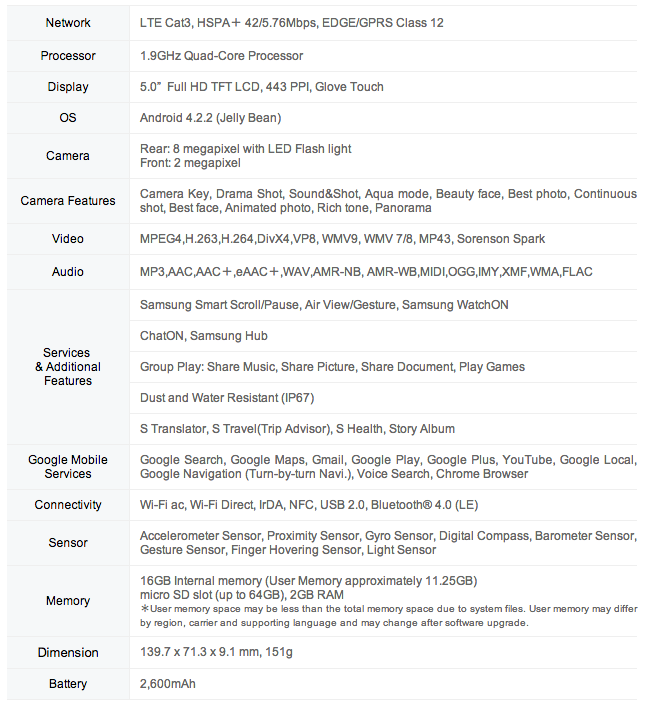 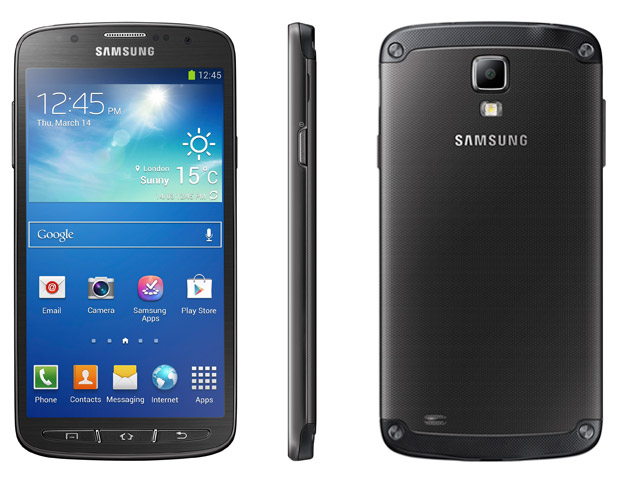 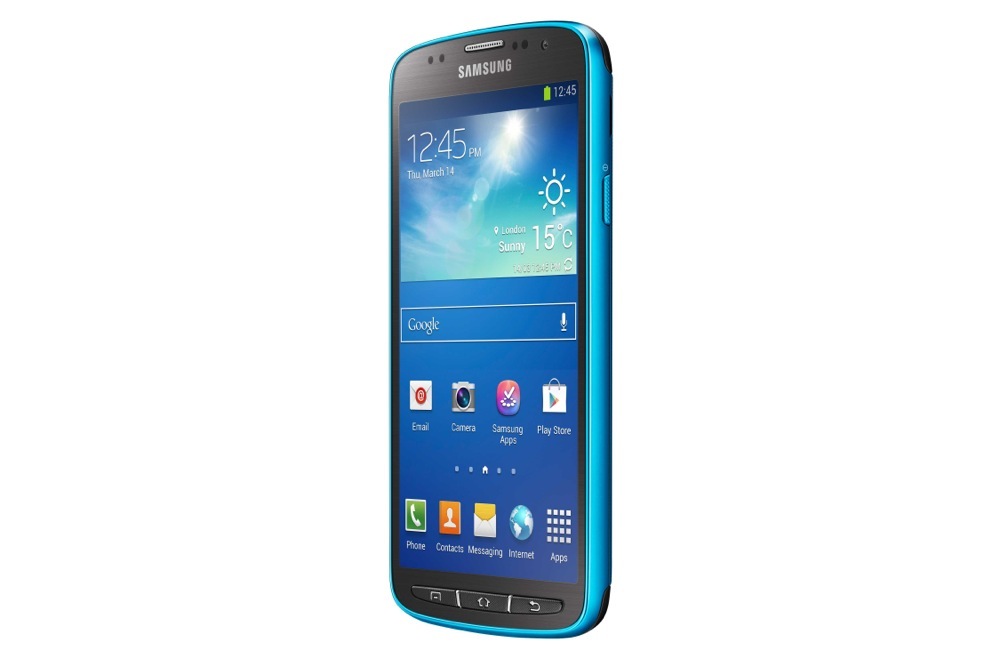 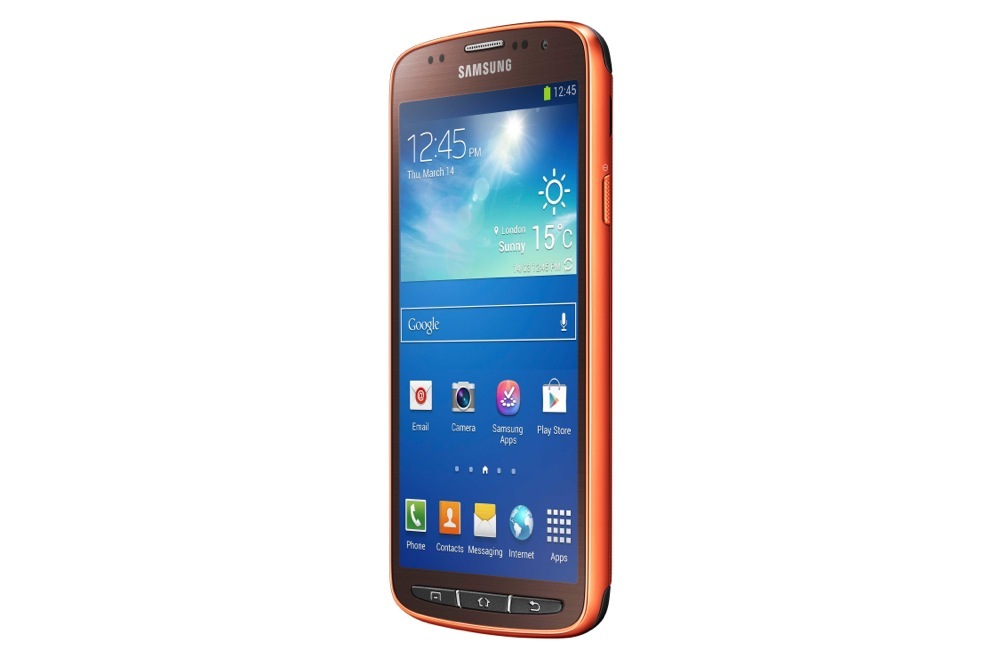 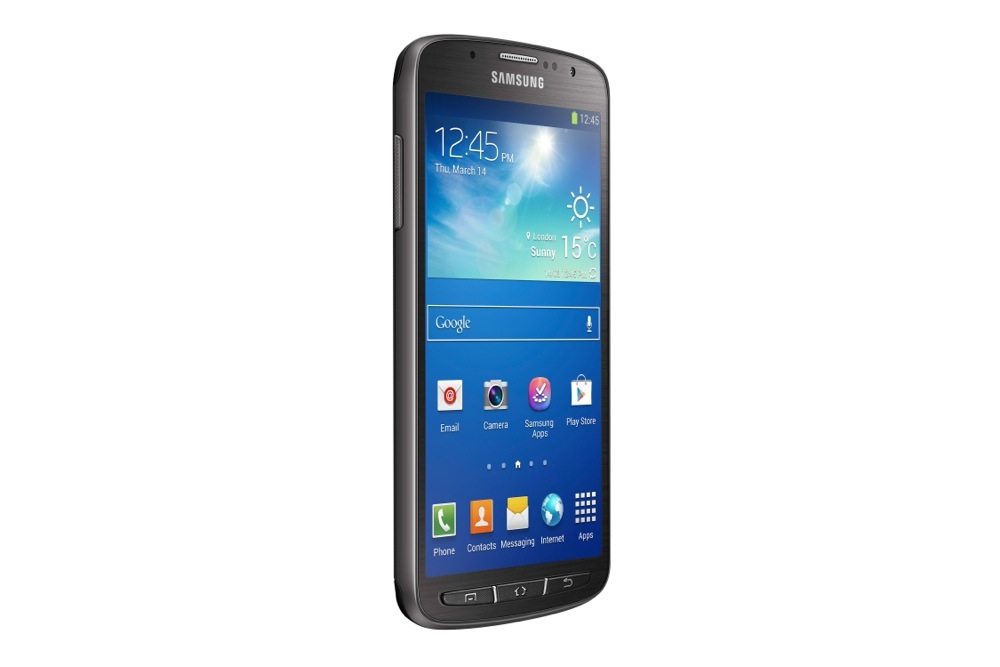 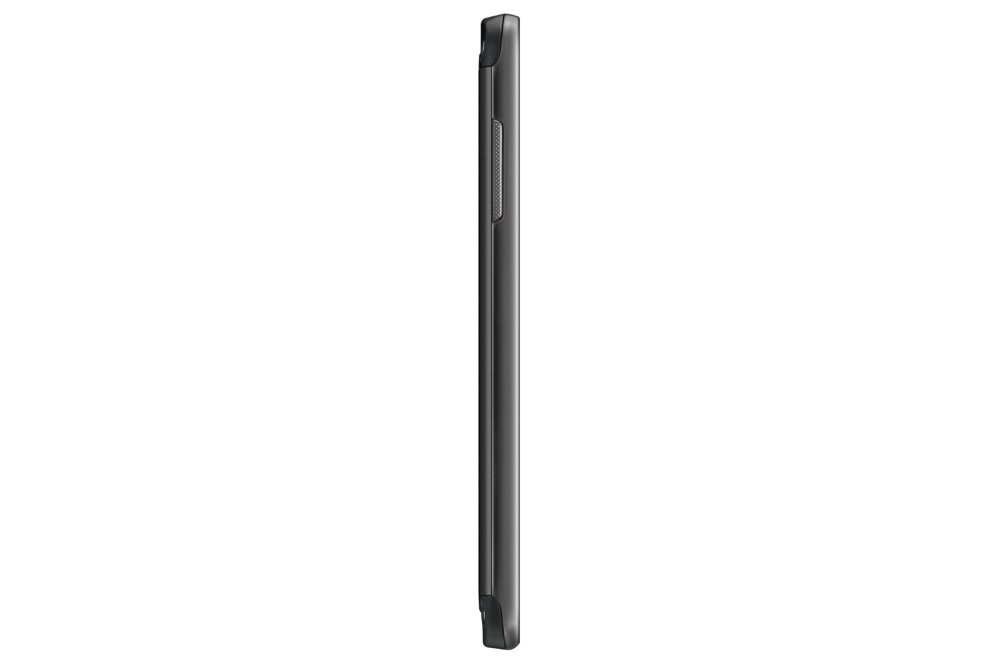 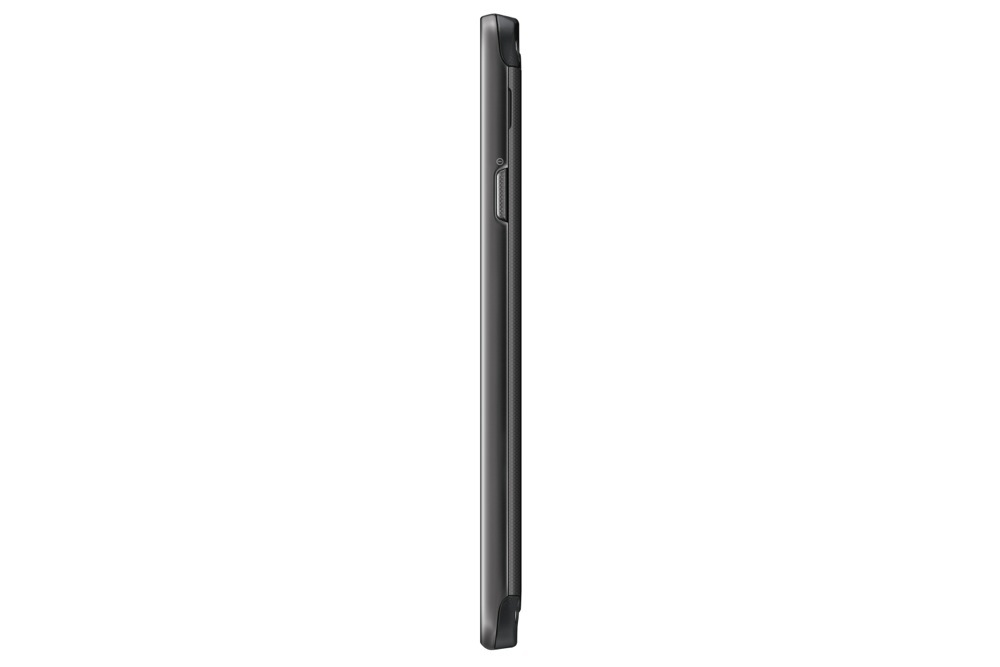 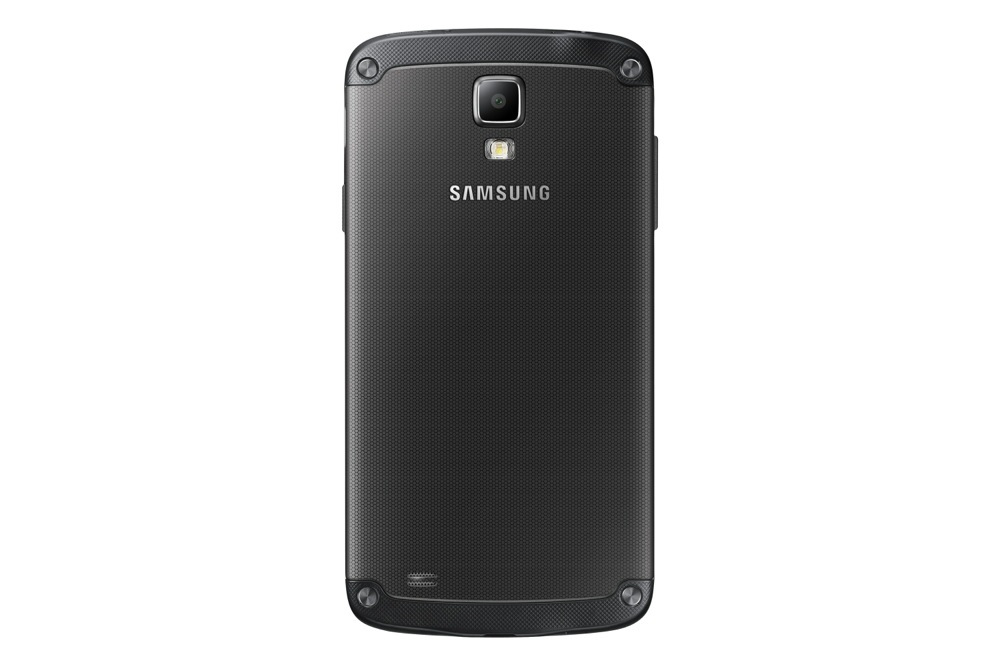 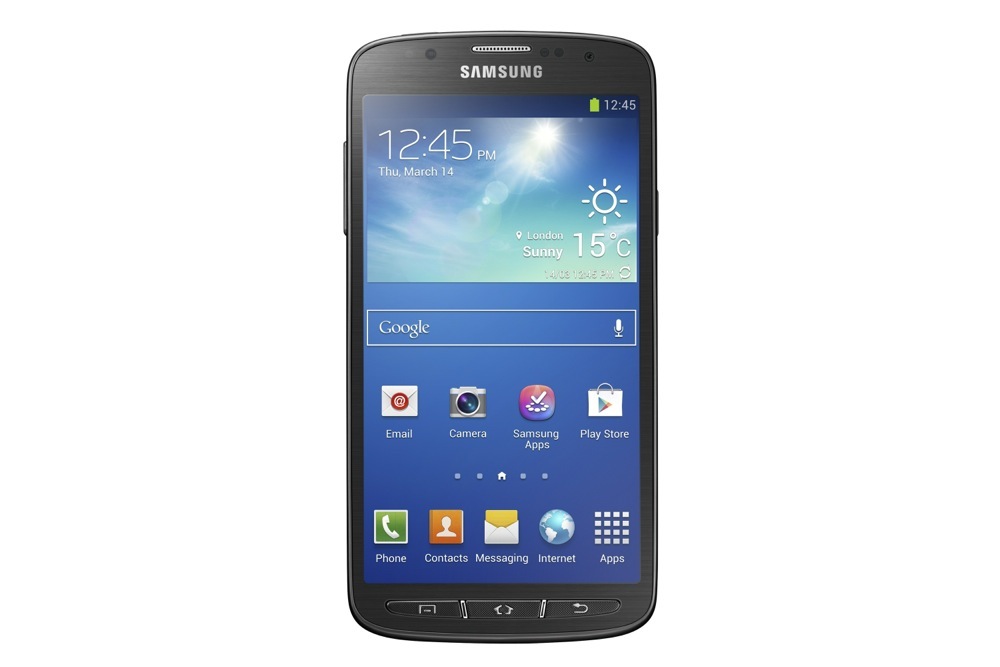 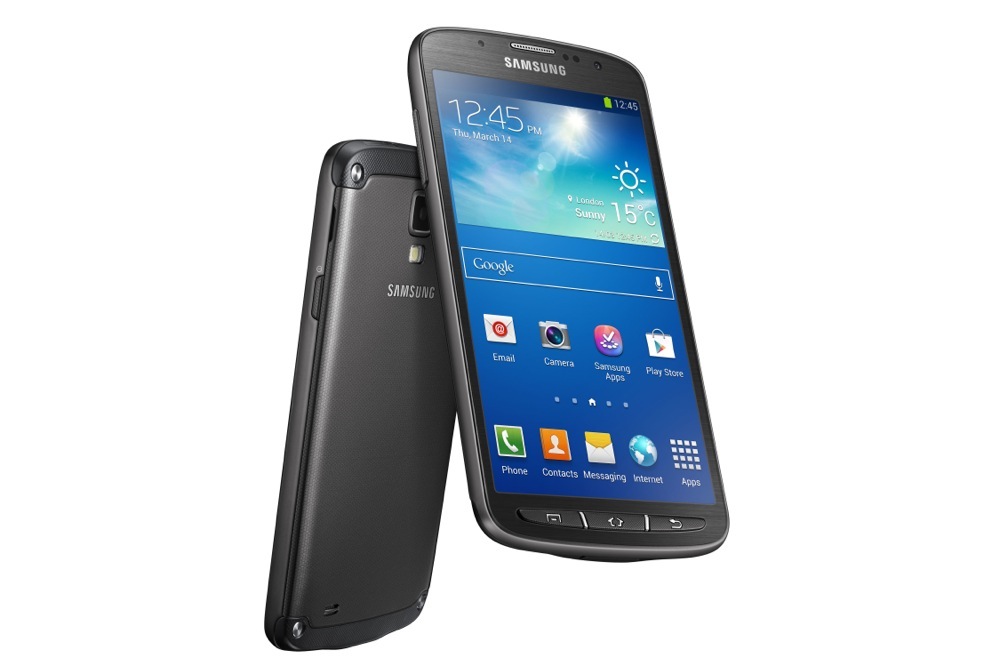 Samsung Galaxy S4 Active shows up in a Video Hands on.