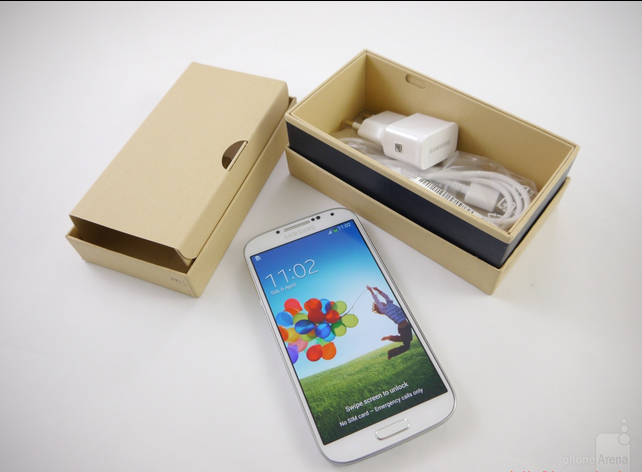 In a press release Samsung announces that it’s major Galaxy Flagship Samsung Galaxy S4 will be made available on seven mobile carriers across United States. The list includes Verizon Wireless, Cricket, AT&T, Sprint, T-Mobile, C Spire and US Cellular. Samsung already declared that Galaxy S4 will be available in 155 countries for over 327 carriers worldwide. The dates of availability of the device for European markets are still not clear yet.

Most of the carriers are demanding a minimum price of $629 for a one-time cash for 16-GB model. This seems quite pricey but the demand is still high so the price won’t drop down for the next 3-4 weeks. However all those carriers also introducing a lower price rates of $199-$299 for different variants for a two-year contract. Other carriers have also announced or have leaked documents showing that they are eager to start selling Galaxy S4 from April 26th. 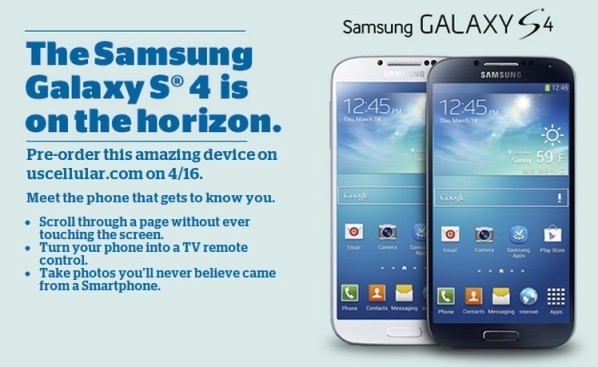 The demand for Samsung Galaxy S4 is also on boiling point, as Samsung is ready to ship 40 million devices in first three month of release. HTC wants to spoil Samsung dreams but they can’t compete with Samsung who have spent $400 million on advertising  for Galaxy S III and they are busy in making even more buzz for the Galaxy S4.

Furthermore, Samsung also released official information that the US version will get the Snapdragon chipset. The Galaxy S 4 enjoys unprecedented popularity ever since rumors have started coming out about its launch. We are now just patiently waiting for the HTC One’s arrival to see if it will have a relatively significant share of the smartphone pie as well and if it can really hold a candle against the Galaxy S 4.

Samsung Galaxy S4 is also being shipped in a totally new packaging that is made of 100% recycleable paper and has been printed with soy-ink which is a good step taken by Samsung and it shows the Samsung’s commitment for being green. We can see the boxes in their first ever unboxing video. 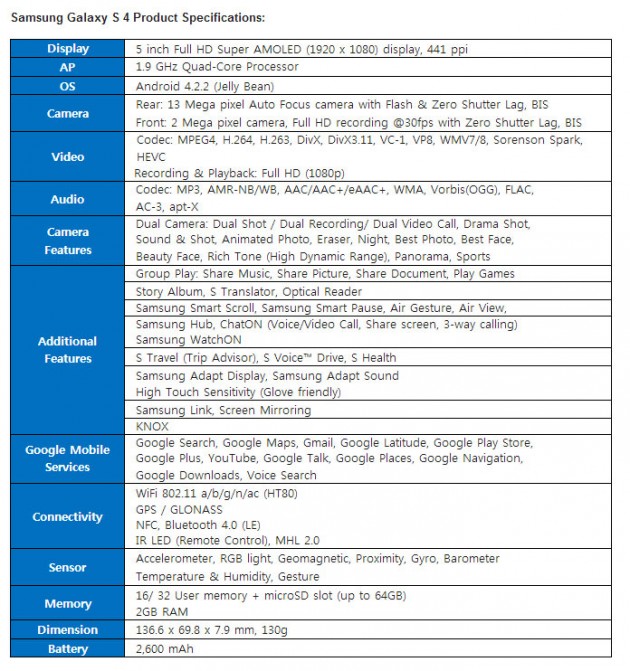