We have been hearing many rumors that the next Samsung flagship device the Galaxy S5 will be announced somewhere in February 2014. These rumors now seem to be more legit news as many reports have been seen online suggesting that the Galaxy S5 is already in the production process with the new metal casing that we anticipated for Galaxy series devices for so long.

However such reports have been published just before the arrival of the Galaxy S3 and Galaxy S4, but we finally met with the cheap plastics phones though they were the most powerful machines from inside. But the construction of these beasts disappointed many die-hard Samsung fans who want their device to look precious as their Apple counterparts.

Though we are a month or two away from the official release of the Galaxy S5 (Expected Feb 14), the official Korean website has just published some reports on their site ETNews, suggesting that the production of the Galaxy S5 has been already started on a large scale and this time we could expect an All metal Galaxy S5.

Just a couple of days ago we have learnt that the future Galaxy S series device is expected to have the new 4GB RAM chip on its board and also the reports that it is possible that the Galaxy S5 will come out with the new 2K display with the 2560 x 1440 p resolution, which may be the first smartphone with such a high resolution. We can hope that this high res display will have higher pixel density screen which may be over 550 ppi density. 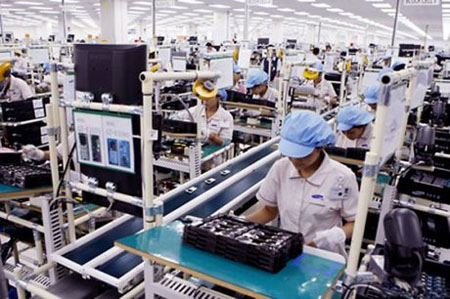 However the current reports published in the Korean sites points to the design of the device which was finalised in Europe and now has its way to the Samsung Vietnam plan where the mass production has been already started, which has been recently started functioning and BGR reports that Samsung wants to make over 40% of its smartphone from this plant.

But still we can not confirm that the metal body device manufactured in Veitnam’s plant is the future Galaxy S5 flagship device. As there were reports previously that Samsung wants a premium line of devices to be named as Galaxy F series of devices and the first one of them to be announced in 2014.

This is much speculative now but we will let you know more as we get the latest from inside the Korean smartphone manufacturers, mean while you can follow us on Twitter, Facebook or  Google + to know more about the future Samsung devices.