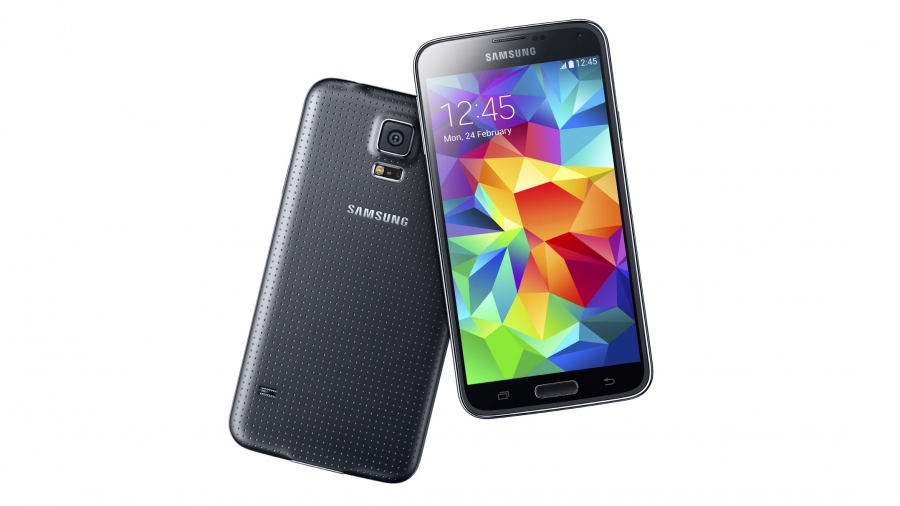 So finally we have the most anticipated device of 2014, Yes the Samsung Galaxy S5 is finally released with all the hype created all over the web . The world’s largest smartphone makers Samsung didn’t made exceptional changes to the design and looks of the device, in fact the Galaxy S5 is totally identical to the Galaxy S4 from the front. But the back has something better than the glossy plastic stuff which Samsung has made for the previous Galaxy S devices, cancelling all the rumours of a solid metal casing for the device or even the talks of solid metal frames.

The Samsung Galaxy S5 has better and powerful specs sheet but the design is a minor evolution of the previous Galaxy S4. With a slightly wider display which is 5.1 inch, the Galaxy S5 still looks more like the previous device but more comfortable while holding due to the Nexus 7 like back stuff.

The Galaxy S5 has the same display found in the recent Galaxy Note 3 and Galaxy S4 cancelling all the rumours and reports of a 2K or 2K display with higher ppi pixel density display. The official Galaxy S5 has a 5.1 inch Full-HD 1080p Super AMOLED capacitive touchscreen display with the 432 ppi pixel density. The display is composed of the same Corning Gorilla Glass 3 as found in the previous Samsung high end phones.

Jumping under the hood of the Galaxy S5, the device came with the Qualcomm MSM8974AC Snapdragon 801 Quad-core 2.5 GHz Krait 400 CPU which is one of the most powerful processor for the mobile devices for now. The processor is supported with and extra 2GB of RAM ( not 4GB ), The device also have the same powerful Adreno 330 GPU. The Samsung Galaxy S5 comes up with 16 and 32GB of internal memory models with the new 128GB of microSD card support available.

For connectivity the Samsung Galaxy S5 has the best available chips around, as the device supports 4G LTE networks with the HSPDA  42.2 Mbps; HSUPA, 5.76 Mbps; LTE, Cat4, 50 Mbps UL, 150 Mbps DL features. The Galaxy S5 supports Wi-Fi 802.11 band with the latest Bluetooth 4.0 feature. There is a USB 3.0 port underneath the device with a new strip cover with the USB logo.

Moving to the Camera, the Galaxy S5 comes up with the most expected 16 mega pixel of sharp shooter at the back which can shoot images upto 5312 x 2988 pixels, loaded with the same autofocus features and a super LED flash with more bright flash for low light photography.  You can shoot Full HD 1080p videos now with 60 fps but with some extra features you can shoot 2K 2160p videos at 30 fps.

The device comes up with Android 4.4.2 KitKat which is the latest Android version available yet. It has an overlay of the famous Samsung’s very own TouchWiz user interface which resembles the looks of the previous TouchWiz version and there is nothing Windows Phone like tiled interface which we have heard in many rumours. The device comes up with 2 new watches named Galaxy Gear 2 and Galaxy Gear Fit. 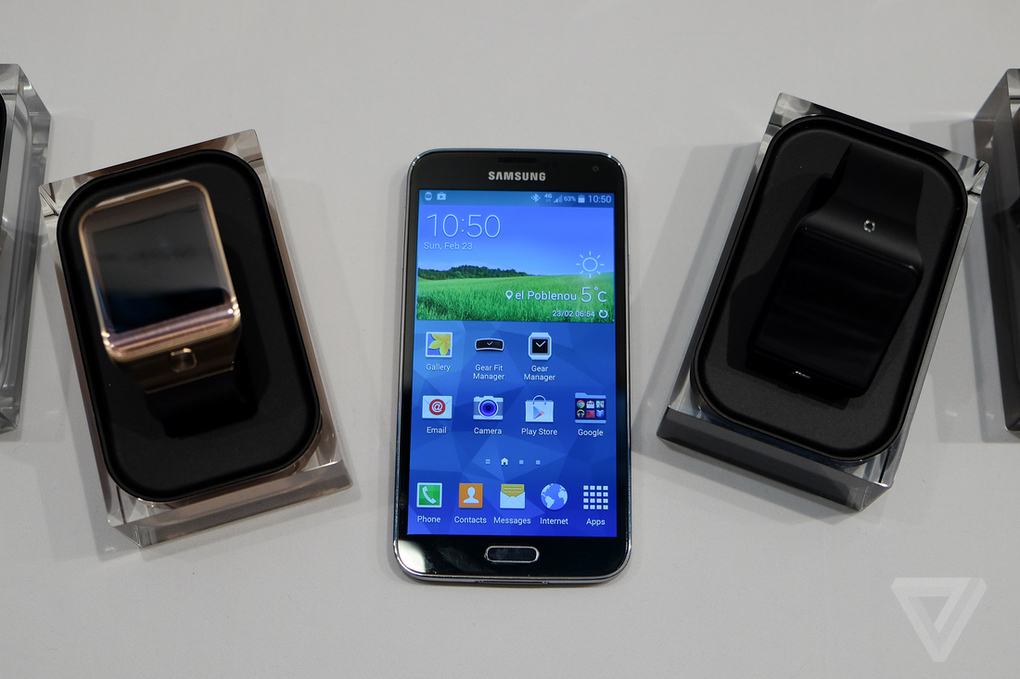 The Samsung Galaxy S5 comes up with the 2800 mAh battery which is 20% more than the previous S4 battery, beside this the Galaxy S5 has a new power savour feature which lets you lower the power consumption of the device. The Galaxy S5 will be launched on April 11th all over the world with initial colors of Black, White, Blue and Copper, however it is expected that the US markets will get the traditional Black and White versions first. There are no price quotes yet for any variant of the SGS5 yet.

Keep in touch to know more about the latest Galaxy S5 news. 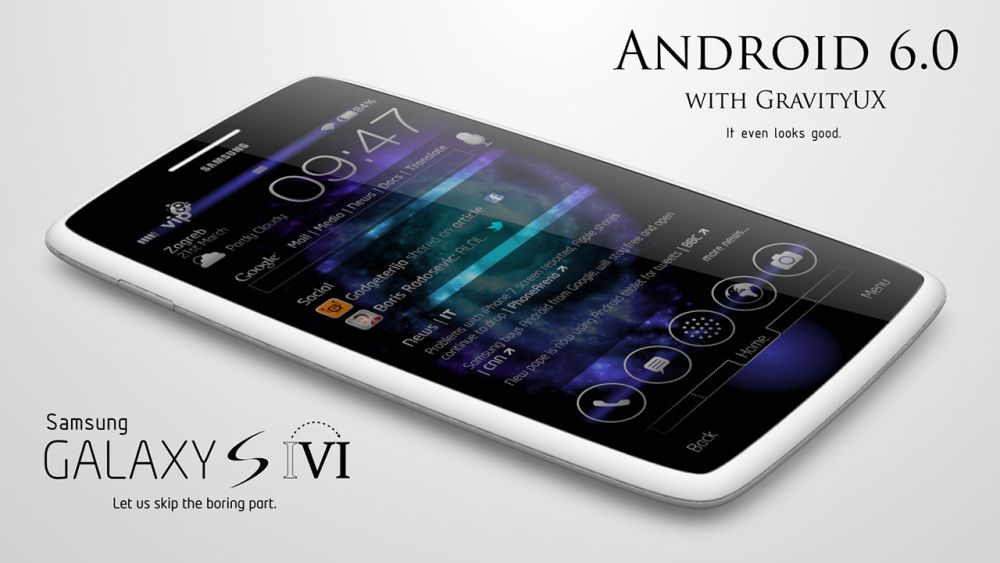 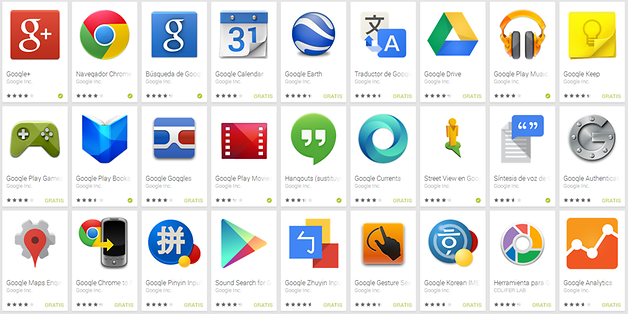 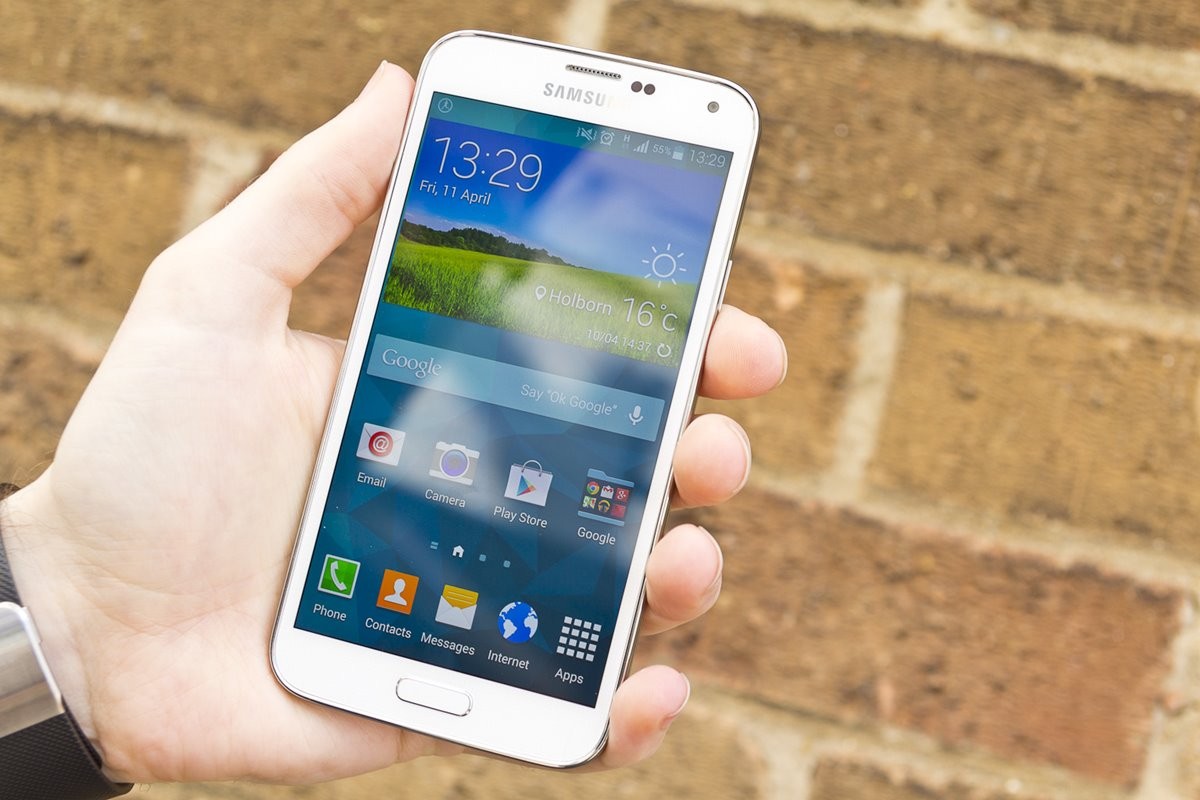