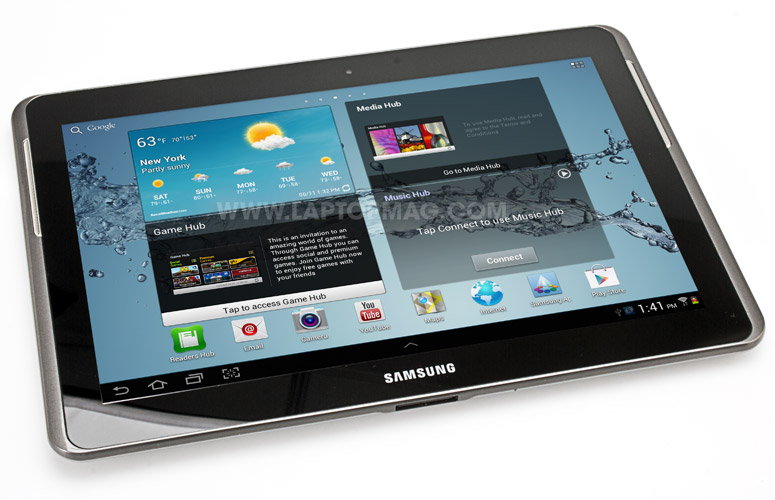 So guys here we are with something very good for the Samsung users and this is one of the most recent stuff that is into the market. Guys we have Samsung Galaxy Tab A 10.1 into the market and it is available in different prices of $200 or less. The tablet is vary reasonable and had all the specs and features that are good. Its not as the traditional devices like Surface Pro 2 that are very expensive and not easily purchased by a common man. Customers on a tighter budget should look at the Samsung Galaxy Tab A 10.1, a full-size Android device that’s available for less than $200.

One thing just keep into your mind that there are two version of the Model, one is Tab A 10.1 which has 2GB RAM and the 32GB SD Card.This is available in just $200 or less. The other one is  that comes with the S Pen and the pressure-sensitive screen. That has 3GB RAM and available in $299.9. Now coming onto the design of the TAB we have moderate sized bezel and which is slighter beautiful. The Original Tab A 10.1 has  10 x 6.1 inches, and the S Pen version is a bit smaller at 9.7 x 6.5 inches. Both are 0.32 in. thick and weigh 1.2 pounds. The device is overall slighter heavier than the other devices.Now coming onto the Camera’s of the TAB. There’s an 8MP rear camera with flash, the latter a feature one rarely sees on tablets. The camera is best when its comes to static picture but slighter slow in capturing moving objects. The flash is bright, but it’s so white it washes out light colors. A 2MP front camera can be very good for the front video conferencing.

The device has Android 6.0 Marshmallow on a 1.6 GHz octa-core Exynos 7870 processor. The connectivity options consist of  Wi-Fi , VHT80,Bluetooth v4.2. A great battery of  Li-Ion 7,300mAh.hope that the device will have some vary good outputs.